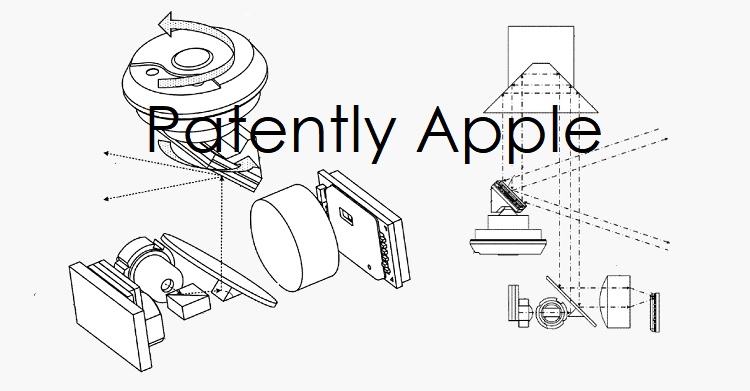 Apple's TrueDepth camera on iPhone X took the market by surprise and enabled new features like Face ID, Animoji and more. Now we're learning from a new patent application published today by the U.S. Patent Office that Apple may have new secret products in mind that uses a much larger version of their depth camera. More specifically, Apple tells us that it may come in the form of tabletop or ceiling versions. The ceiling version sounds off-the-wall until you remember that Apple has already been granted a patent for a ceiling device in context to a future smart home device as noted below. 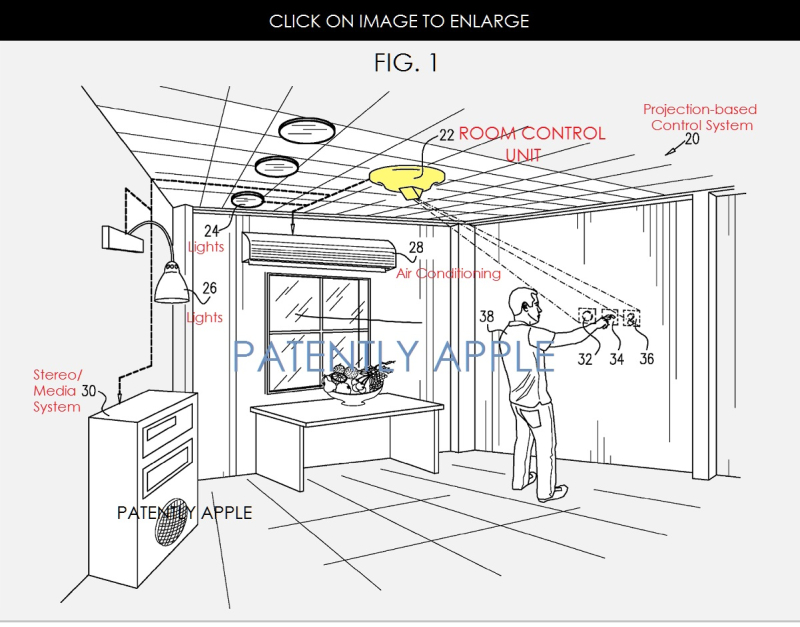 Apple's patent FIG. 4 below is a schematic pictorial illustration of a 3D mapping and projection device 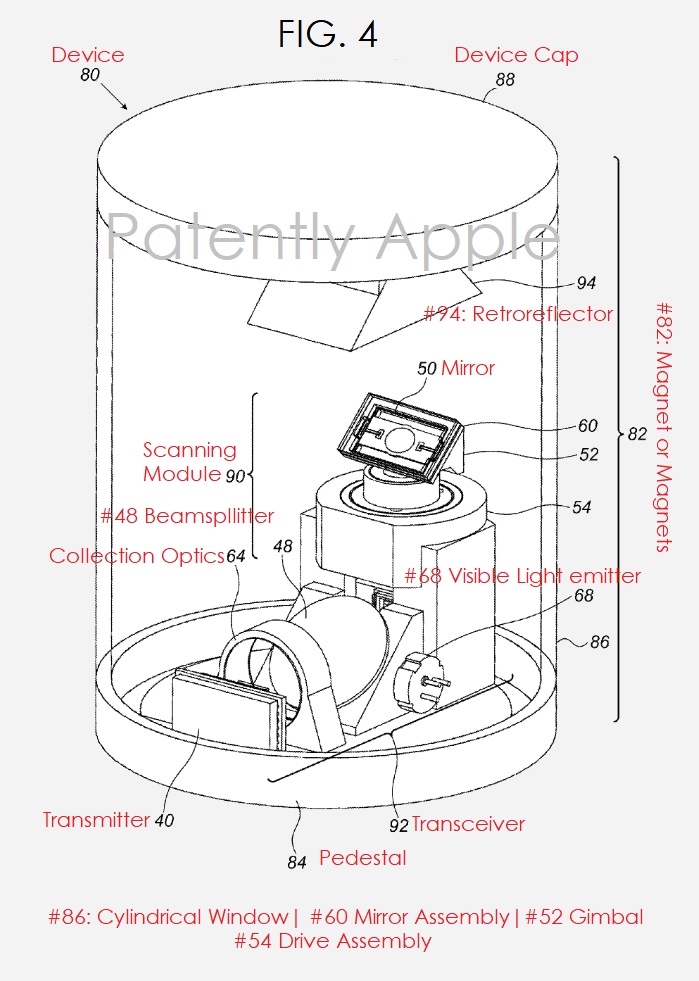 Apple's invention provides improved devices and methods for 3D mapping. Some of these devices are also capable of projecting visible images over the volume that is mapped by the device.

The invention provides a mapping apparatus that is capable of this sort of standalone 360.degree operation. In some embodiments, the apparatus comprises a self-contained unit with a flat base, which can be placed on a tabletop, for example, in order to map a room and its occupants.

Additionally or alternatively, the same apparatus can be used to scan a modulated beam of visible light so as to project a visible image onto the scene that is mapped.

A receiver is positioned to receive, via the mirror, the optical radiation reflected from the scene and to output signals in response to the received radiation.

Just as with the TrueDepth camera using a dot projector to deliver Face ID, Apple notes in their filing that the same scanner can be used for both 3D mapping and projection of visible light. The patent describes an apparatus for mapping that includes an illumination module, which includes a radiation source, which is configured to emit a beam of radiation.

In addition, Apple notes illumination optics project the scanned beam so as to create a pattern of spots extending over a region of interest, which thus far has translated into Face ID.

Our cover graphic includes images in-part associated with patent figures 2B and 5. Apple's Fig. 5 specifically, which is the image shown on the right of our cover graphic, is a schematic sectional view of an optoelectronic assembly used in the device of FIG. 4.