Home Archives Contact Us Subscribe Twitter Facebook Patently Mobile
The U.S. President Singled Apple out during his State of the Union Address for their Plans to Spend $350 Billion in the U.S.
Wistron, Apple's iPhone Partner in India, Close to Finalizing Deal on new Plant that may Expand Production to include iPhone 6s 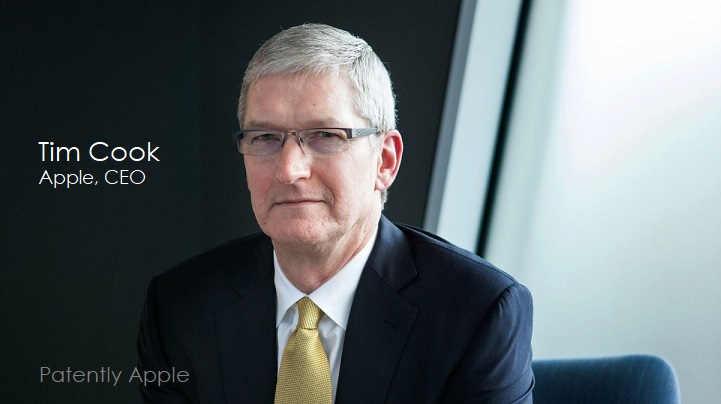 Yesterday afternoon Patently Apple posted a report titled "The DOJ, Securities and Exchange Commission are now Investigating Apple over the Issue of Slowing Older iPhones." After 50 class actions filed against Apple for slowing older iPhones through an iOS update and three senators demanding Apple respond to their letters on the matter, it was public that the Department of Justice and Securities and Exchange Commission have begun an investigation into the matter. Yesterday Apple gave reporter Ina fried of Axios their official response to the matter:

"About a year ago, we delivered a software update that improves power management during peak workloads to avoid unexpected shutdowns on certain iPhones with older batteries. We know that iPhones have become an important part of the daily lives of our customers and our intention was to improve the customer experience.

We sought to further improve the customer experience in December by announcing a significant discount on replacement batteries for certain iPhones. We also announced that we began developing a new iOS feature to show battery health and which would recommend when the user should consider replacing their battery. These actions were taken to further assist our customers and help extend the life of their iPhones. In addition, users will be able to see if the power management feature is being used to prevent unexpected shutdowns, and turn if off if they so choose. These features will be included in a developer release next month and a user release this Spring.

As we told our customers in December, we have never — and would never — do anything to intentionally shorten the life of any Apple product, or degrade the user experience to drive customer upgrades. Our goal has always been to create products that our customers love. Making iPhones last as long as possible is an important part of that.

We have received questions from some government agencies and we are responding to them."

Earlier this month in an ABC News interview Cook in-part blamed Apple customers for not paying attention to their update outlining a power management feature. Once again Apple started their official response on the same note last night. Of course the iOS update in question never informed customers that it would directly translate to their iPhones running slower. In general, Apple doesn't allow customers to opt out of individual aspects of an update; it's all or nothing. This of course corners a customer into having to accept it all or miss out on security issues or bug fixes. Is that fair?

In reality, most customers understand that Apple is sending out updates to fix bugs, introduce new features and provide general improvements. Purposely slowing their iPhones isn't something that customers would expect from Apple. Apple goes out of their way to win over customer trust, but then slaps them on the wrist for trusting them when it's convenient.

This wasn't handled right by Apple and now Cook is attempting to pass the buck by basically saying that it was their lazy ignorant customers who didn't pay attention to the details of an update. Even though Apple's update didn't fully explain the ramifications of accepting that update, Cook is trying to brush it off as it not being their problem. The anger found in all 50 class actions that Patently Apple extensively covered tells us that many customers will no longer trust the company going forward.