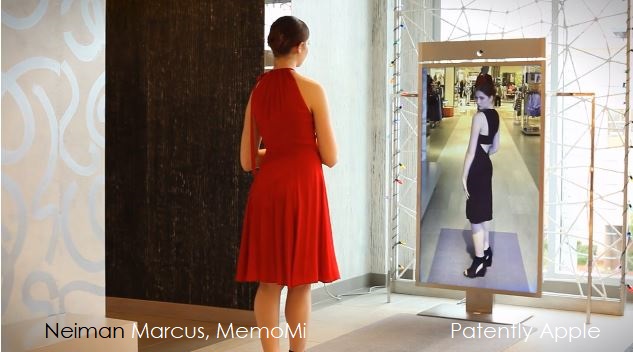 This week Amazon was granted a patent titled "Blended reality systems and methods." The patent was originally filed in 2015. On the consumer side, Amazon introduced 'echo look' earlier this year as reported on by CNN who noted that "It's part camera, part Alexa, part fashionista," as noted in the video below. 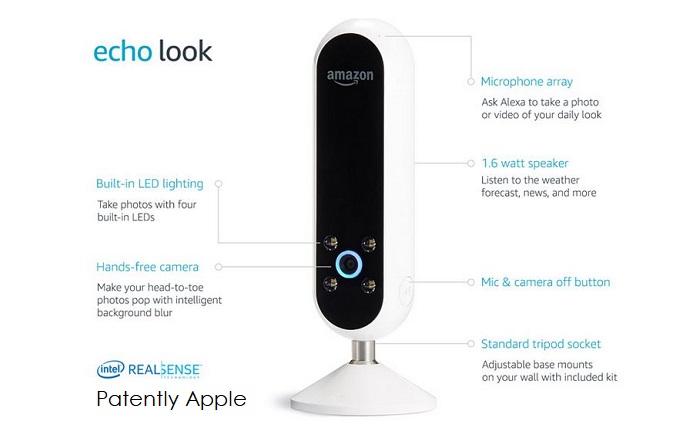 On Tuesday the U.S. Patent Office granted Amazon patent number 9,858,719 for a "Blended Reality System." It's Amazon's advanced version of 'echo look' for retail stores that comes in the form of a smart mirror.

To get a quick understanding of the invention, the video below takes a look at a similar system called the 'MemoMi' smart mirror system that Neiman Marcus first introduced in their stores.

Display systems can be used to provide a view of objects that are not actually in a scene but that are perceived to be there by a user. This can be accomplished using angled glass and lighting techniques. Teleprompters, amusement park rides, heads up displays, visual illusions, and the like employ similar methods for providing a user a view of a portion of reality (e.g., light transmitted from a scene through the angled glass) along with a portion of projected objects (e.g., light reflected from an object or display by the angled glass). The patent however, focuses on a smart mirror as it relates to personal fashion.

To generate a blended reality view, a blended reality apparatus can i) selectively illuminate the user, ii) leave the rest of the room dark, and/or iii) project an image of the particular setting (e.g., a restaurant), the projected image being shown on the display at a location where the user would have seen a reflection of objects or surfaces in the room. Because the user is illuminated, the user can see their reflection. Because the rest of the room is dark but the apparatus is projecting an image of the particular setting, the user can see the setting instead of a reflection of the room. Furthermore, the apparatus can also project an image of the new outfit so that the user sees a superposition of their reflection with the projected new outfit so that it appears as though the user is wearing the outfit. 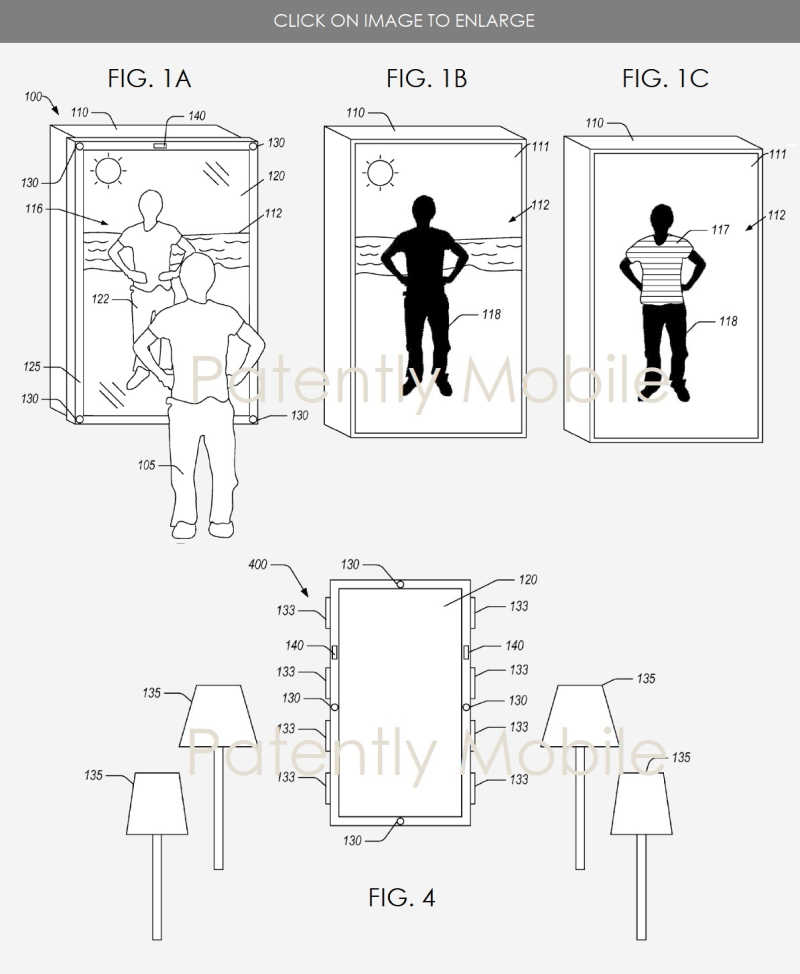 The hue lights can also include strands of LED lights around a frame of the blended reality apparatus that change depending on what is transmitted and/or reflected by the apparatus.

Amazon's patent further notes that user input can be received via voice commands (think Alexa), motion-based commands, touch interface controls, wireless signals, eye-tracking and the like. The system is noted as using a depth camera to map out users / customers profiles in order to have clothing items virtually placed exactly right on the user when looking at the mirror.

At the end of the day, Amazon's smart mirror patent only has a chance as a device used in stores as presented in the Neiman Marcus video or for super rich women like Kim Kardashian who likely has a wardrobe as big as Neiman Marcus entire fashion floor. It's not a device for us mere mortals.

A Side Note: While Apple hasn't invented a standalone smart mirror, and never will, they do have a number of patent pending inventions going back to the 2010-2011 timeline that cover an app called 'My Closet.' The idea behind the app was to present users with a virtual closet concept on their iPhone to assist them in coordinating their outfit pieces in various combinations and then sharing them with friends on social media for feedback and more (one, two and three). 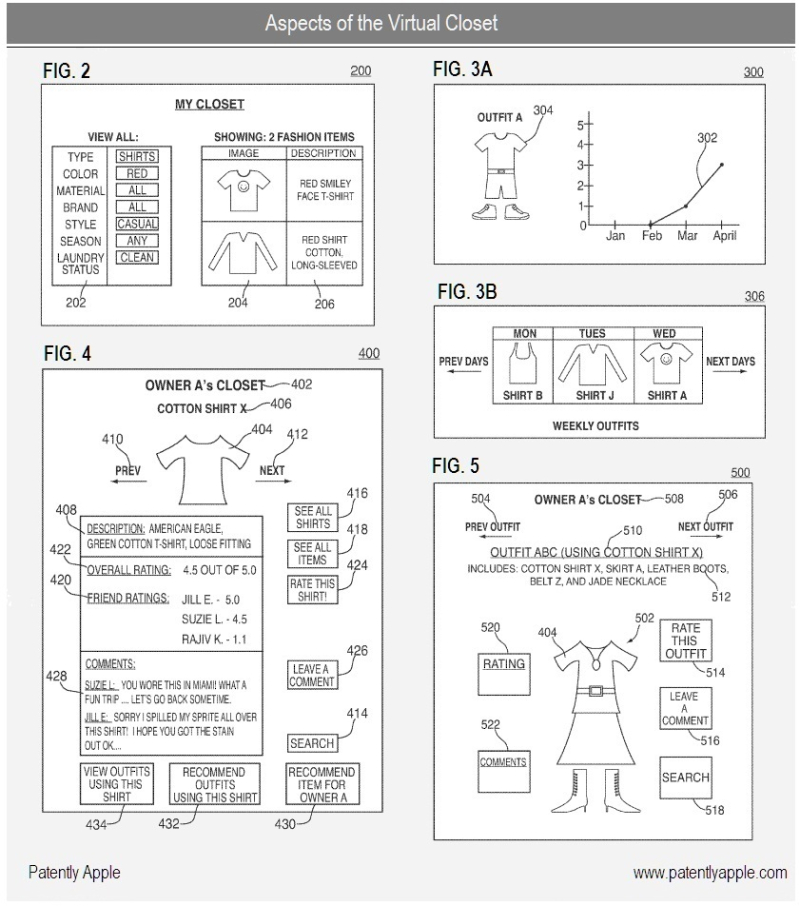