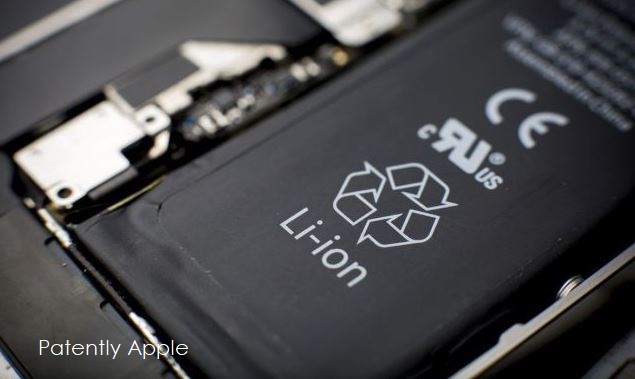 On December 28, 2017, Apple issued a message to their customers about iPhone batteries and an offer to replace the batteries at a steep discount from $79 to $29. On December 29, Patently Apple posted a report titled "Nearly 67,000 iPhone users Jump on Board Korean Lawsuit against Apple with Law Firm Saying Apple's Apology isn't Enough." Today the Korean law firm appears to have gotten a little help from a new local tech report that points out how Apple's $29 price for a replacement battery is not a discount at all in South Korea, making their case even stronger. To them, Apple is paying no cost for their deception.

A Korean report today explained how Apple's discounted battery for the iPhone in a one-time special offer is absolutely no discount at all for South Korean. In fact, replacement costs for iPhone batteries are more than double those for other brand phones like Samsung, LG and Huawei.

For Samsung's Galaxy S7 and S8, the latest models from the world's largest smartphone maker, the battery replacement costs are US$33 and US$37.50, respectively. The costs for cheaper phones like the LG G6 and Huawei P9 range from US$28 to US$33. The prices all include labor. It takes only $10.50 for an LG G5 with a detachable battery.

Above price, the battery capacity of iPhones are smaller than competing smartphones. The iPhone 6S and 7 have 1,715-milliamp-hour and 1,960mAh batteries, respectively, which compare to Samsung S8's 3,000mAh, LG G6's 3,300mAh and Huawei P9's 3,000mAh batteries.

An official from a battery maker told the publication that "All flagship phones from Samsung, LG and Apple have the most advanced batteries in the market. There is no reason for the price difference. Battery replacement for an iPhone may be trickier considering its use of unique parts like black pouch and tape. Still, it is difficult to understand why the cost is so high."

In Korea, Apple is cutting the battery replacement cost from $95 to $32 through this year. But sources say Apple is not suffering any loss from the reduced price. One of Apple's competitors, unnammed in the report said that "Apple is saying they are reducing the price for consumers but the price is never a discount considering parts and labor costs."

Apple's December message didn't clarify if labor was included, so it's hard to to refute their argument. However, I think that Apple would have said, plus labor costs, if there were any. Apple wouldn't want to anger iPhone customers on this issue any further knowing it would blow up in their face.

For the Korean lawsuit, Apple's latest move on discounted batteries makes their case even stronger, in that Apple is suffering zero for their deception of degrading iPhone performance.

Yesterday's news of a lawsuit in the works in Canada made the case that "In England and Wales, sellers are required to repair, replace or refund faulty goods for six years. In the European Union, that guarantee lasts two years." If Apple accepts the warranty demands from those countries, why not around the world? Under those warranty demands, Apple would have to offer the battery replacement for free.

One way or another, the class actions will be attempting to force Apple into making changes to their warranty coverage and pay a cost for the alleged deception over purposely degrading iPhone performance to encourage new iPhone sales. Only time will tell if Apple's attempt of lowering replacement battery costs will be enough to satisfy the courts and future juries, but one thing is for sure, it won't work in South Korea in any way shape or form.