Located in the heart of the western central business district of Suzhou Industrial Park, right next to the renowned Jinji Lake and traditional Suzhou city centre, the landmark retail development is the largest mall in the city, spanning close to 300,000 square meters in gross floor area excluding car park. During its opening day on 11 November 2017, the mall recorded an impressive shopper traffic of more than 400,000. 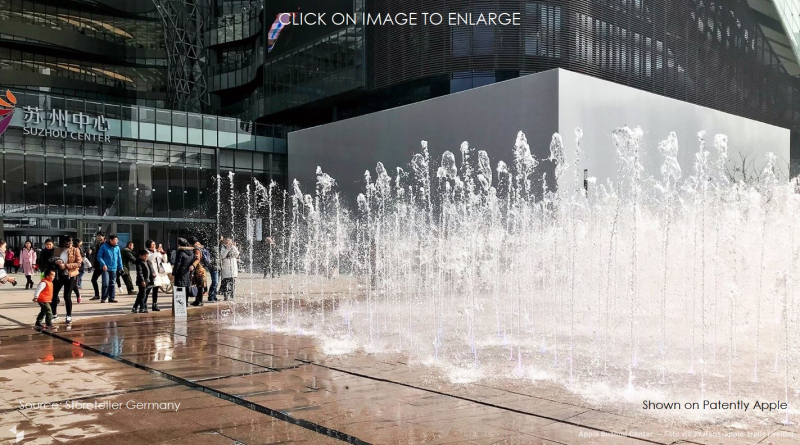 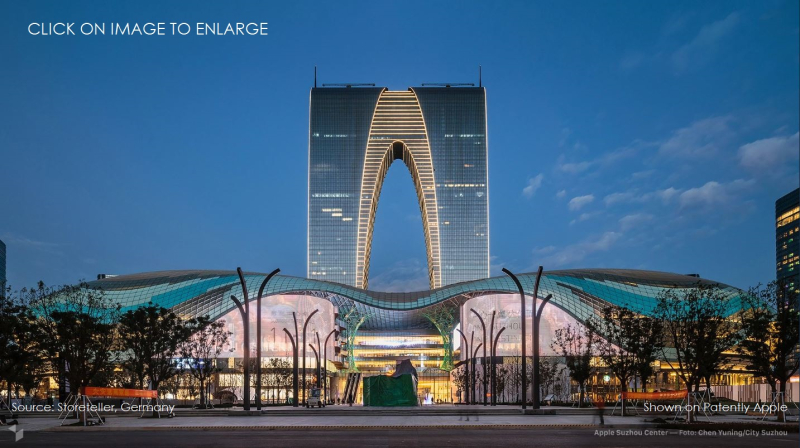 Last month Patently Apple posted a report titled "Work on Apple's First Flagship Store in a Trendy Shopping District in South Korea Could be completed by Late December." Now it appears that delays will push the new store into 2018.

Today we get to see the first Glimpse of the Apple Store front under wraps in Seoul Korea at night. The photo is from Storeteller, Germany. 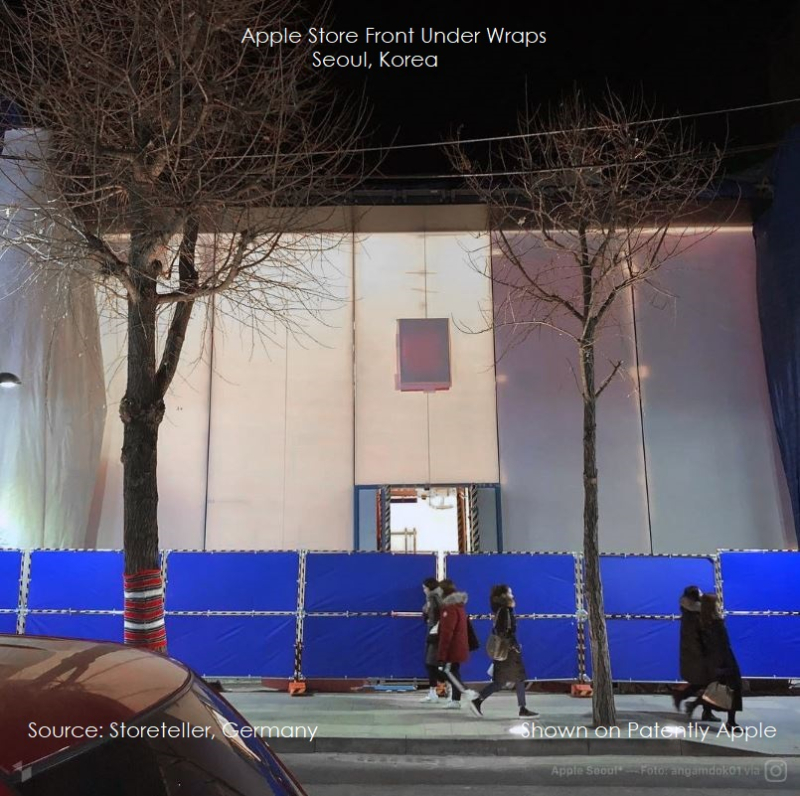