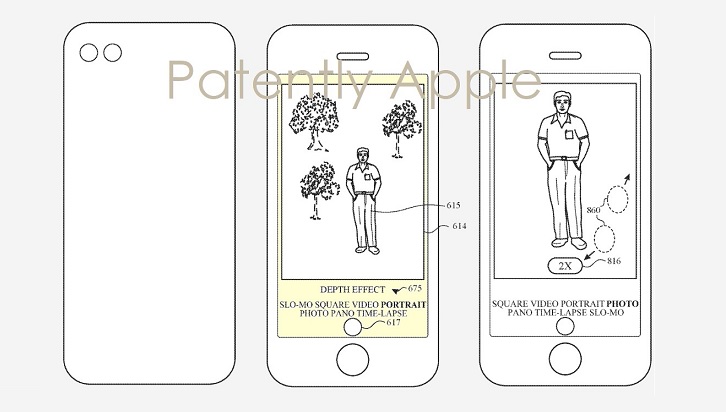 The U.S. Patent and Trademark Office officially published a series of 58 newly granted patents for Apple Inc. today. In this particular report we cover five of Apple's inventions relating to dual camera effects such as the bokeh effect; two inductive charging patents covering the iPhone and Apple Watch; one covering the Apple Watch Feature for Heart Rate Estimation; and lastly one covering liquid metal for a metal glass shell for a device. We wrap up this week's granted patent report with our traditional listing of the remaining granted patents that were issued to Apple today.

Granted Patent: UI for Camera Effects like Zoom and the Bokeh Effect 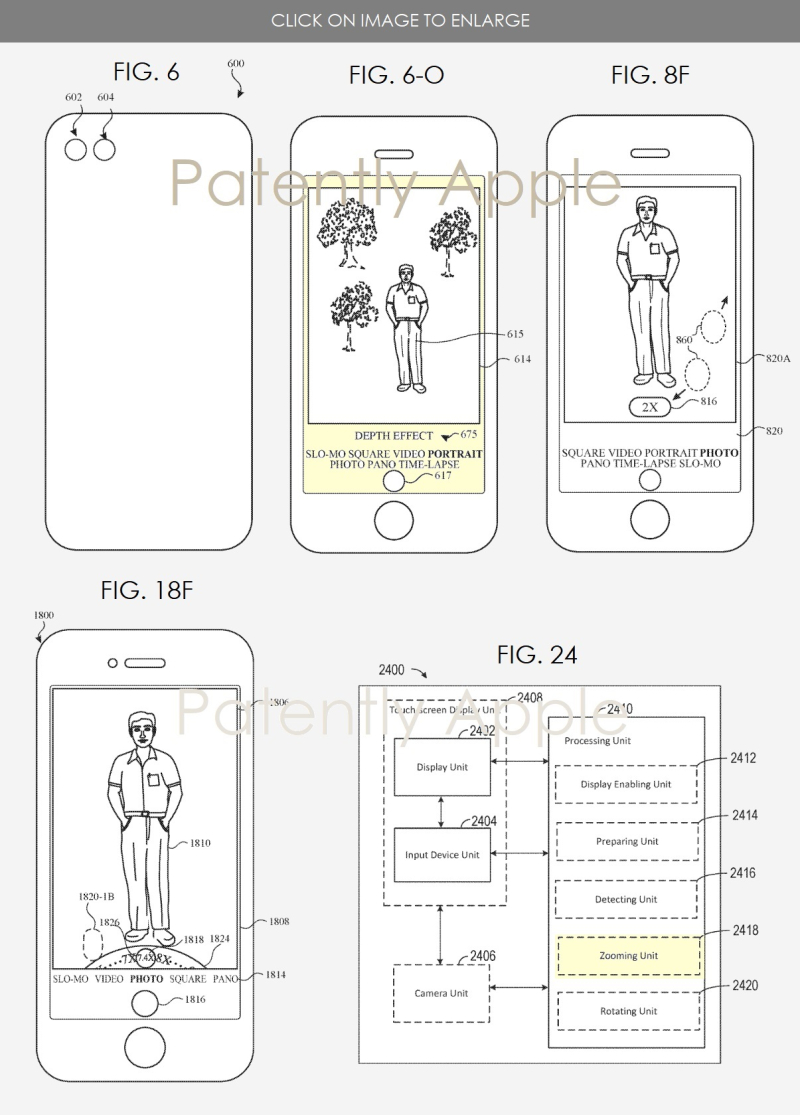 Patently covered this as a patent application on December 16th and it's already a granted patent. You could find more details there. Apple's granted patent 9,854,156 was originally filed in Q3 2016 and published today by the US Patent and Trademark Office. 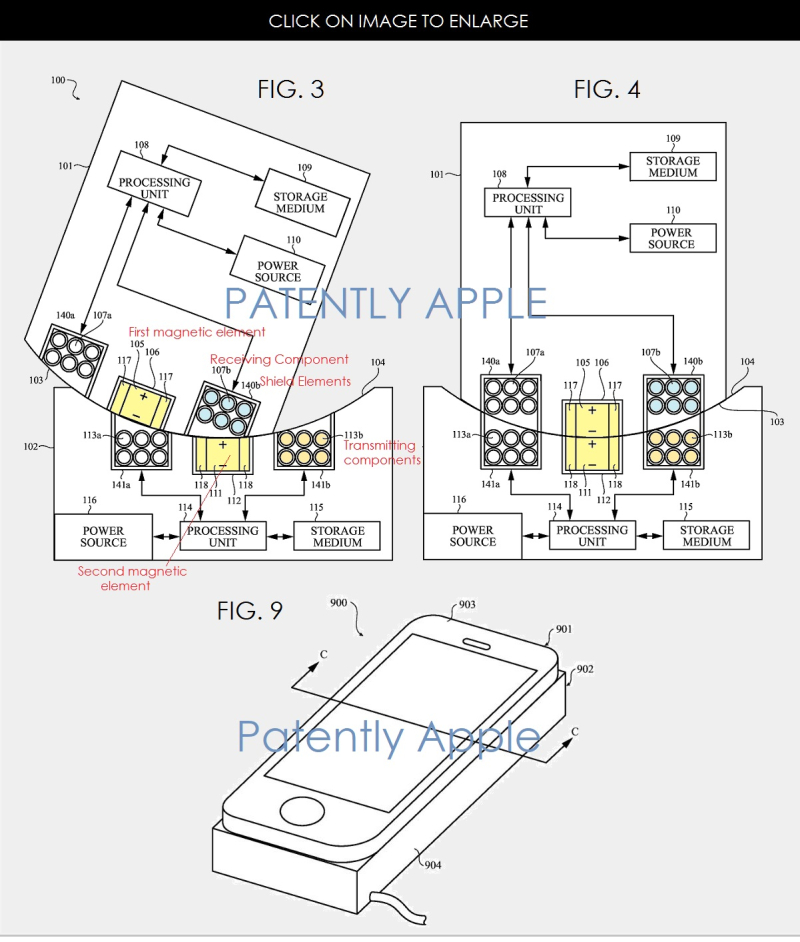 Patently Apple first covered this invention as a patent application in September 2015 prior to the iPhone X adopting it. The report was titled "Apple Invents a New Magnetics-based Docking System with Inductive Charging," and you can get more details of this invention there. Apple's granted patent 9,852,844 was originally filed in Q1 2015 and published today by the US Patent and Trademark Office.

Another inductive charging patent granted to Apple today was 9,853,507 titled "Self-locating Inductive Coil." It was originally filed in May 2014. Patently Apple covered it as a patent application back on November 05, 2015. The report was titled "Apple is on a Roll as their Fifth Wireless Inductive Charging Patent Surfaces since Late September," and you could get more details of it here.

Apple's newly granted patent covers their invention relating to heart rate estimation and in particular to context-aware heart rate estimation. In some embodiments, a "direct" measurement of the user's heart rate based on a pulse sensor (such as a PPG sensor) can be refined using a physiological model that is informed by context information, such as the user's current activity and/or intensity level as well as user-specific parameters such as age, gender, fitness level, previous heart rate measurements, and so on. 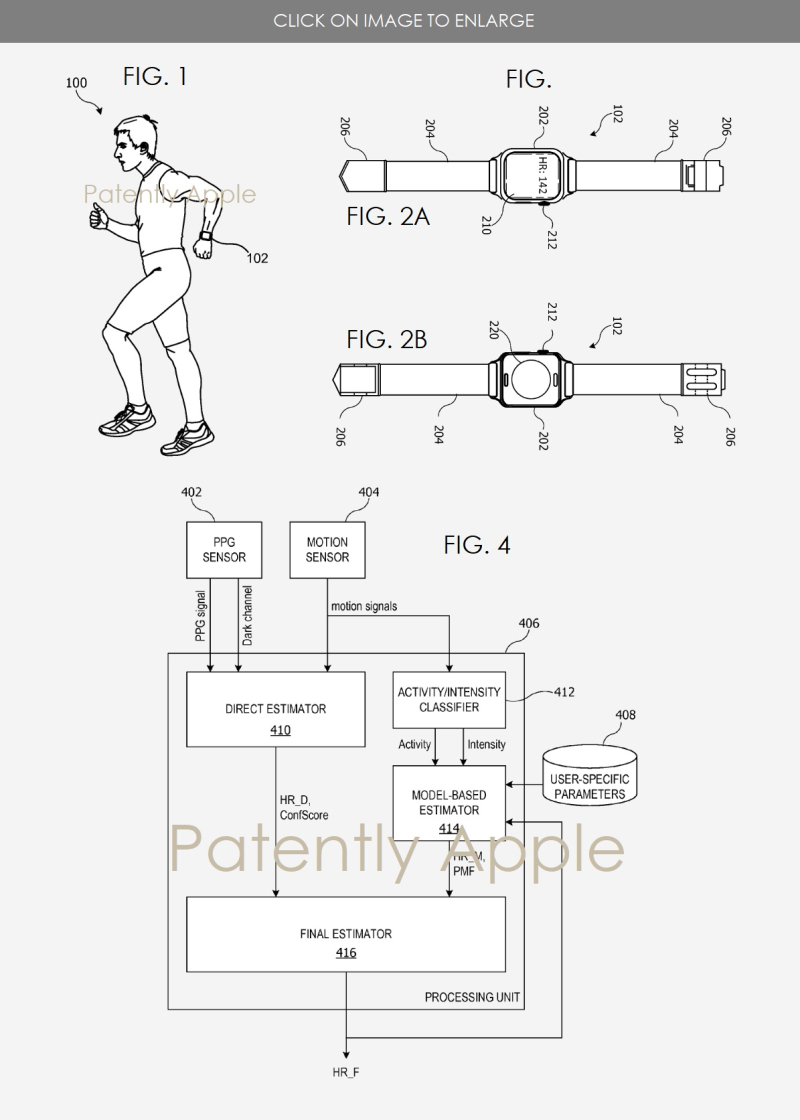 Apple's granted patent 9,848,823 was originally filed in Q3 2015 and published today by the US Patent and Trademark Office. To review more of the details of this invention, click here.

Apple's newly granted patent covers their invention relating to methods of constructing parts using metallic glass alloys, and metallic glass alloy materials. Apple has never outright confirmed the use of liquid metal to create any part of a device to date. 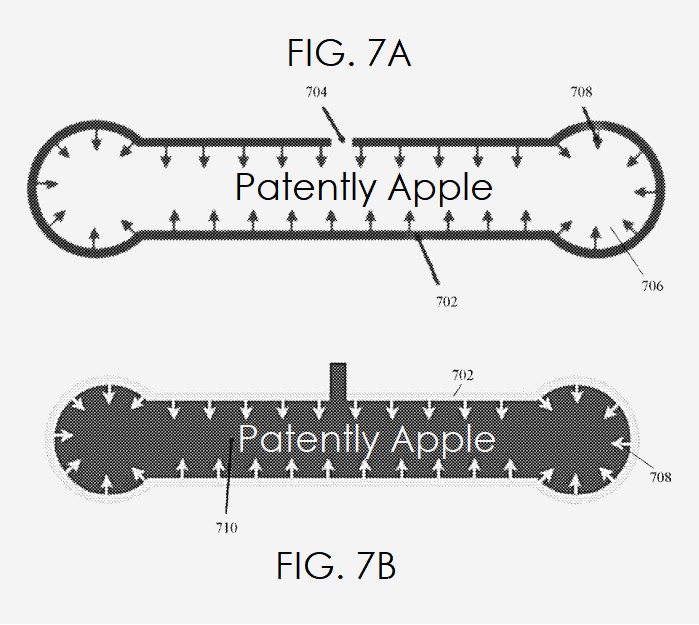 Interestingly Apple notes that "In some embodiments, the metallic glass shell can be constructed by 3D printing, such as by laser heating or electron beam heating.

Apple's granted patent 9,849,504 was originally filed in Q2 2015 and published today by the US Patent and Trademark Office. 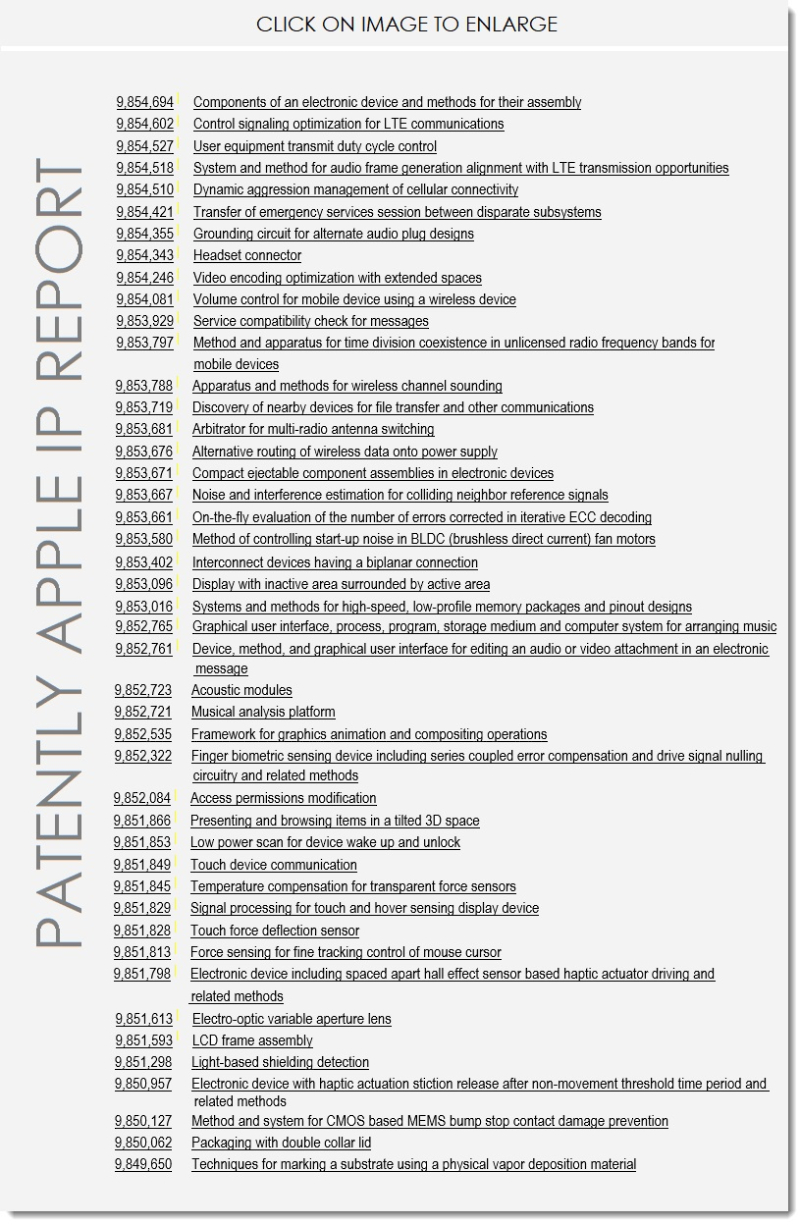