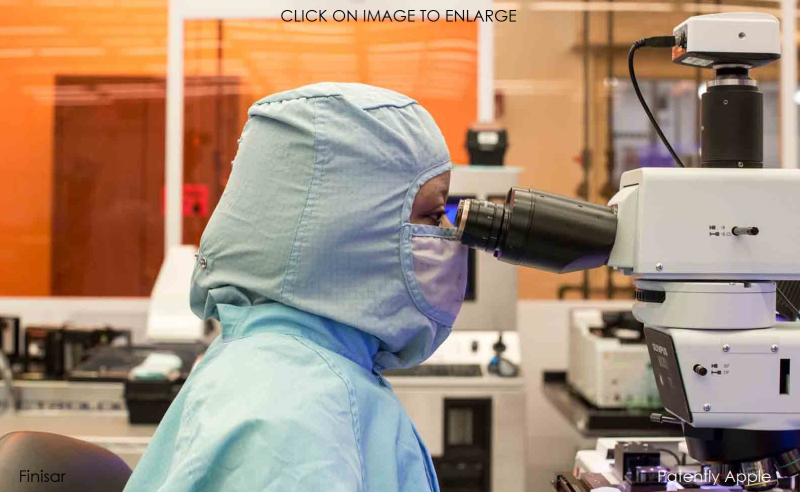 While Patently Apple posted a report on the general news earlier this morning of the Finisar investment, Apple has now officially announced their investment by noting that "the latest award from its $1 billion Advanced Manufacturing Fund. Finisar, a leading manufacturer of optical communications components, will receive $390 million as part of Apple's commitment to support innovation and job creation by American manufacturers.

The award will enable Finisar to exponentially increase its R&D spending and high-volume production of vertical-cavity surface-emitting lasers (VCSELs). VCSELs power some of Apple's most popular new features, including Face ID, Animoji and Portrait mode selfies made possible with the iPhone X TrueDepth camera, as well as the proximity-sensing capabilities of AirPods. 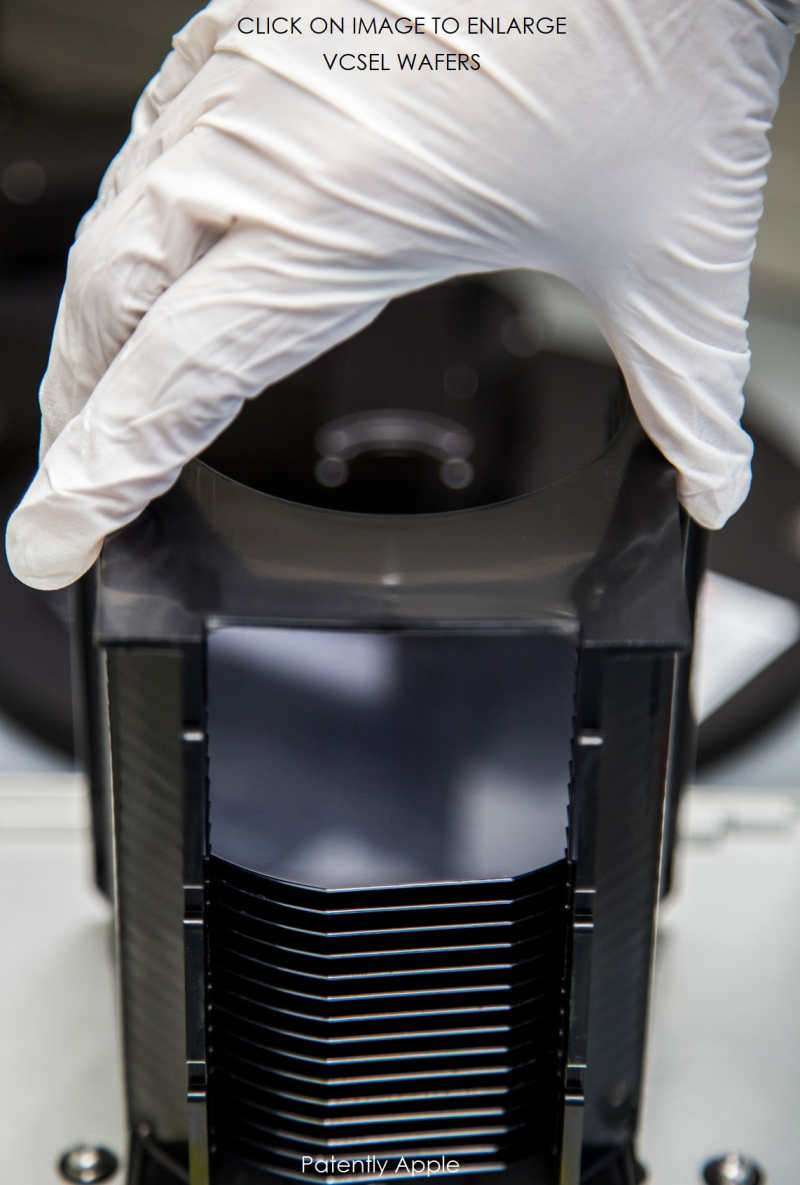 VCSEL technology is a better performing, more compact and cost-efficient solution compared to traditional edge-emitting lasers for many emerging applications. Apple has rapidly adopted depth-sensing technology in recent years, leading to the development and production of the most advanced VCSELs used in the history of consumer electronics. In the fourth quarter of 2017, Apple will purchase 10 times more VCSEL wafers than were previously manufactured worldwide over a similar time period. 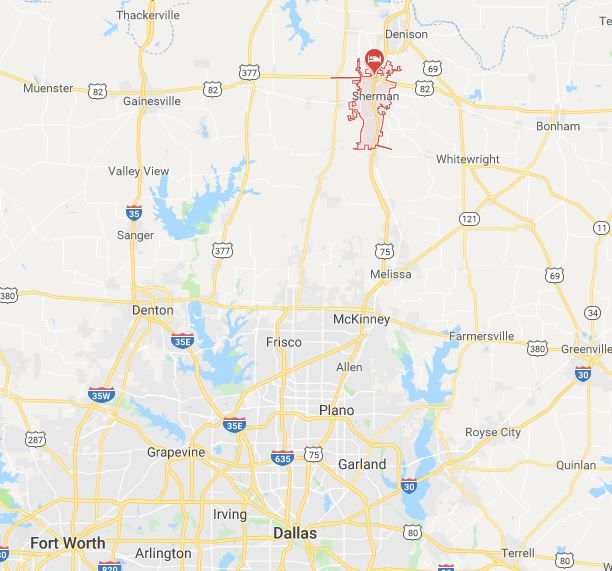 As a result of Apple's commitment, Finisar will transform a long-shuttered, 700,000-sqare-foot manufacturing plant in Sherman, Texas, into the high-tech VCSEL capital of the US. Apple's award will create more than 500 high-skill jobs at the Sherman facility, including engineers, technicians and maintenance teams." The map provided above shows Sherman in relation to Dallas and Forth Worth Texas.

Apple further notes that "When combined with the company's nearby plant in Allen, Texas, Finisar's payroll in Northern Texas is expected to be $65 million. Hiring, capital equipment planning and infrastructure upgrades are already underway at the Sherman facility, which is expected to begin shipping in the second half of 2018. 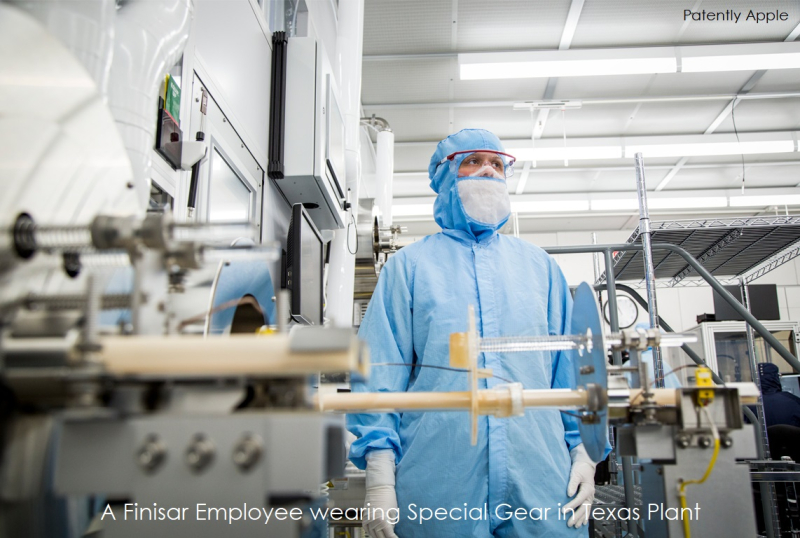 One hundred percent of the VCSELs Apple buys from Finisar will be made in Texas. Consistent with Apple's commitment to the environment, the company intends to procure enough renewable energy to cover all of its Apple manufacturing in the US.

"VCSELs power some of the most sophisticated technology we've ever developed and we're thrilled to partner with Finisar over the next several years to push the boundaries of VCSEL technology and the applications they enable," said Jeff Williams, Apple's chief operating officer. "Technology is only as good as the people behind it, and Finisar is a company with a long history of putting its employees first and supporting the community it's a part of. We're extremely proud that our involvement will help transform another American community into a manufacturing powerhouse."

Apple has committed to investing at least $1 billion with US-based companies as part of the fund, which is designed to foster innovative production and high-skill jobs that will help lay the foundation for a new era of technology-driven manufacturing in the US. In May, Apple announced Corning Incorporated had been awarded the first award from the fund — $200 million to support their R&D, capital equipment needs and state-of-the-art glass processing. 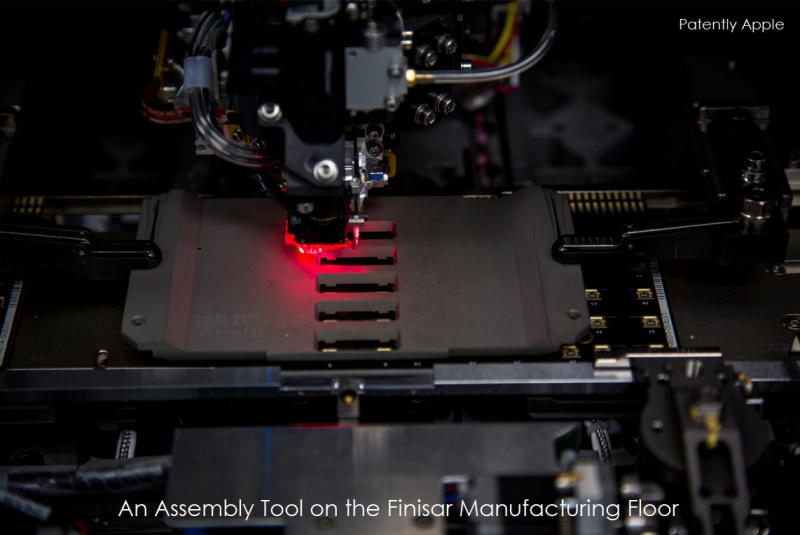 "We're excited to continue our innovation with Apple of a technology that has tremendous potential," said Jerry S. Rawls, CEO of Finisar. "When you combine our proven ability to consistently manufacture exceptional products with our new state-of-the-art Sherman facility, we're confident we can achieve our shared goal of providing consumers with incredibly exciting features. Finisar has always been keenly aware it takes great people to power our work and that's why we're thrilled to be adding Sherman to our family."

"Sherman is the perfect place for Finisar's significant investment in their operations and facilities and we couldn't be more grateful for their confidence. We're thrilled that Finisar and Apple will be a part of the Sherman business community," said Sherman Mayor David Plyler. "The City of Sherman has invested significantly in improved infrastructure and amenities, and that's translated into an unparalleled quality of life. The city has also adopted a pro-business culture, making Sherman the industry and commerce hub of North Texas."