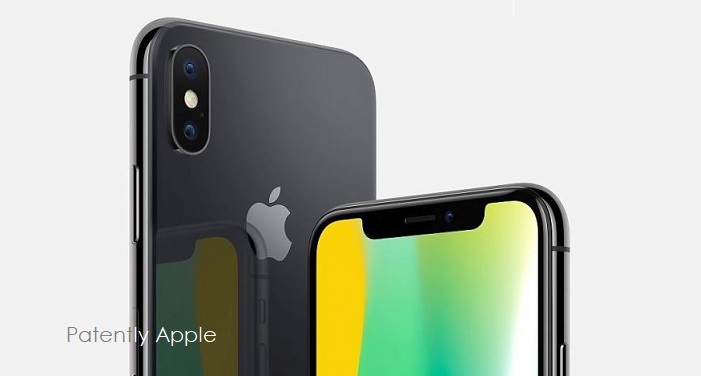 In September Patently Apple posted a report titled "LG Could Possibly Enter Apple's OLED Supply Chain as early as H2 2018 if Plans are on Track." The report noted that while LG's goal is to enter Apple's supply chain in full force in 2019, LG may be able to begin producing some OLED displays by the second half of 2018. Today there's positive information that would support this development.

A new report today states that LG Display has said: "Regarding the OLED supply deal for Apple's iPhone X, nothing has been set in detail. When anything is confirmed in detail, we will announce it, or (otherwise an announcement will be made) in a month," LG Display said in its regulatory filing Wednesday afternoon.

The statement followed Korea Exchange's request to clarify the industry speculation that emerged on the same day.

A local media outlet reported that LG Display signed a OLED supply deal with Apple for iPhone X and that the firm is now setting up production equipment for iPhone X in Paju E6 assembly line. After the setup is completed, the production would start around June to supply some 60 million OLED panels, a source was quoted as saying.

Apple sells around 200 million smartphones every year and Samsung Display, currently the sole supplier, reportedly signed a deal for 67 million units for the iPhone X.

LG Display has been a solid partner of Apple over the last 10 years, providing liquid crystal displays until the US smartphone maker turned to Samsung Electronics for OLED screens for the iPhone X for the first time.

To help Apple push as many future iPhones with OLED displays, Apple may have a third supply chain partner in the wings. In October Patently Apple posted a report titled "Apple may Gain BOE as a new Supply Chain Participant for future Flexible OLED Displays."

It was only last week that we posted a follow-up report titled "China's Largest OLED Supplier Shared Business Plan with Apple for Dedicated Production Lines Exclusively for future iPhones."

With more OLED suppliers in the wings for 2018-2019, Samsung having exclusivity for iPhone displays will be coming to end in the not-too-distant future.