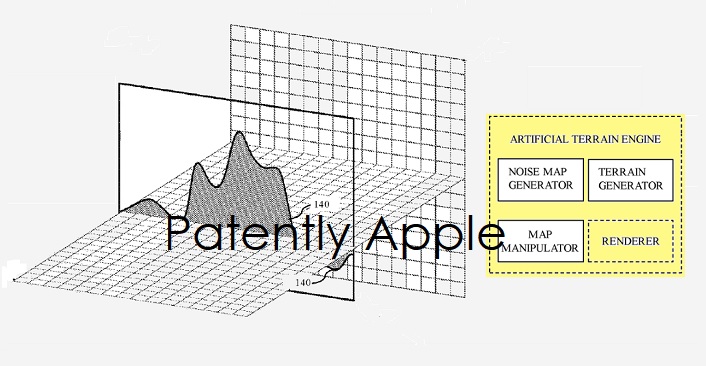 Today the US Patent & Trademark Office published a patent application from Apple that relates to systems for procedurally altering maps of artificial terrain, and associated techniques. More particularly but not exclusively, the disclosed systems and associated techniques pertain to altering terrain maps derived from one or more noise maps. By way of background, noise maps can be used to generate artificial terrain for games. A noise map, generally, is a collection of randomly or pseudo-randomly selected numbers. Noise maps can have one or more dimensions.

Norman Wang is listed as one of Apple's engineers credited with this invention. Wang was a Senior Software Engine at Sony in its PlayStation division. More specifically, Wang worked on various SDK features/projects, and PlayStation platforms including PSP, PS3, PS Vita & PlayStation Suite. Wang's history also indicates that he also worked at LucasArts and Electronic Arts working on sport games. So the patent's reference to noise maps used in artificial terrain in games is seriously what the patent is focused on.

Another Senior Software Engineer at Apple who is credited with this invention is the lead engineer on Game Controller Framework. Up until July 2010 James Cwik also worked at Electronic Arts for five years. 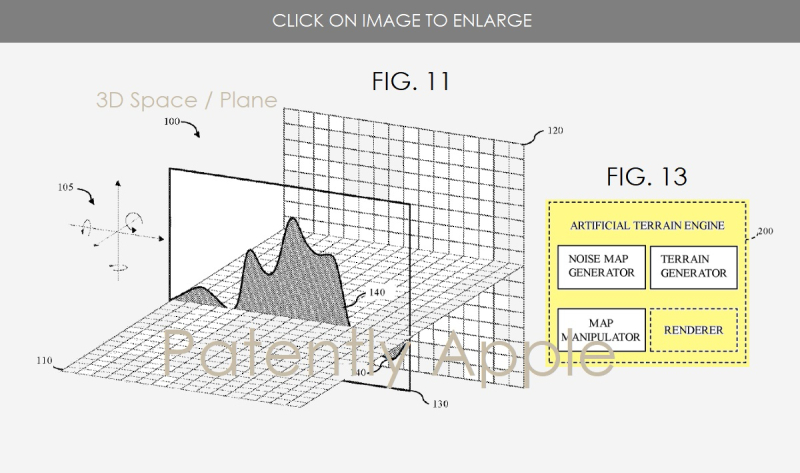 Apple's patent FIG. 11 depicts a three-dimensional space containing a projection of a terrain on a planar region; FIG. 13 schematically illustrates an artificial terrain engine suitable to perform a method.

Exactly where this fits into Apple's Gaming Technologies for developers is unknown at this time.