Home Archives Contact Us Subscribe Twitter MeWe Facebook Patently Mobile
Apple's iOS 11 is now on 52% of iDevices around the world vs. 0.2% for Android Oreo
Apple Globally Expands 'Everyone Can Code' Initiative to 20 Schools with Australia's RMIT University Leading the Way

With Apple's new iPhone X Design being a Smash Hit, Apple's Next Gen iPads are Likely to Mirror the Design in Key Ways 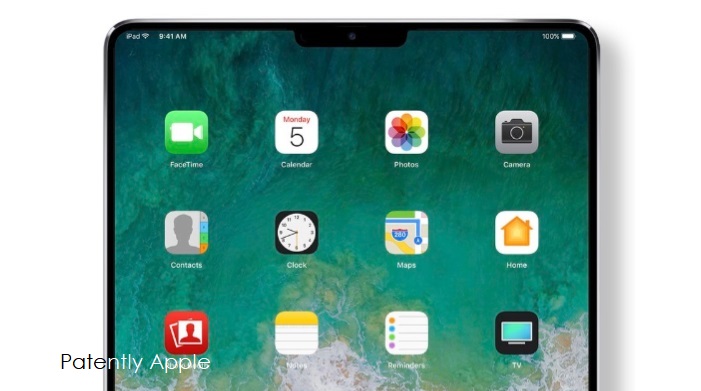 Now that Apple's iPhone X has been released and has already broken the record for the largest single product launch in the company's history, the rumors now switch to the next generation iPad taking on some of the Xs features to keep the buzz going and have iDevices keep a certain design continuity.

Our cover graphic gives you an idea of what the iPad could look like if Apple decides to keep the top camera notch. Benjamin Geskin tweeted back on September 2nd: "Do you expect that Apple someday will introduce iPad with the design like iPhone X with FaceID?"

It appears to be Geskin's art and it really looks cool. Now Bloomberg thinks the same thing in a repackaged "rumor."

The rumor repeats that the new iPad will share some similar features but of course it's unlikely to sport an OLED display as every last display coming out of Samsung is reserved for the iPhone X and 2018 iPhone additions.

In 2019 there will be a number of new suppliers Apple will be able to choose from including LG. Japan Display is hoping to be in the market in the 2019-2020 timeline using a new OLED technology that will slash costs. Foxconn/Sharp may have their OLED quality in place by 2019 or earlier. But until such time, the iPad will continue to use high-end LCDs. 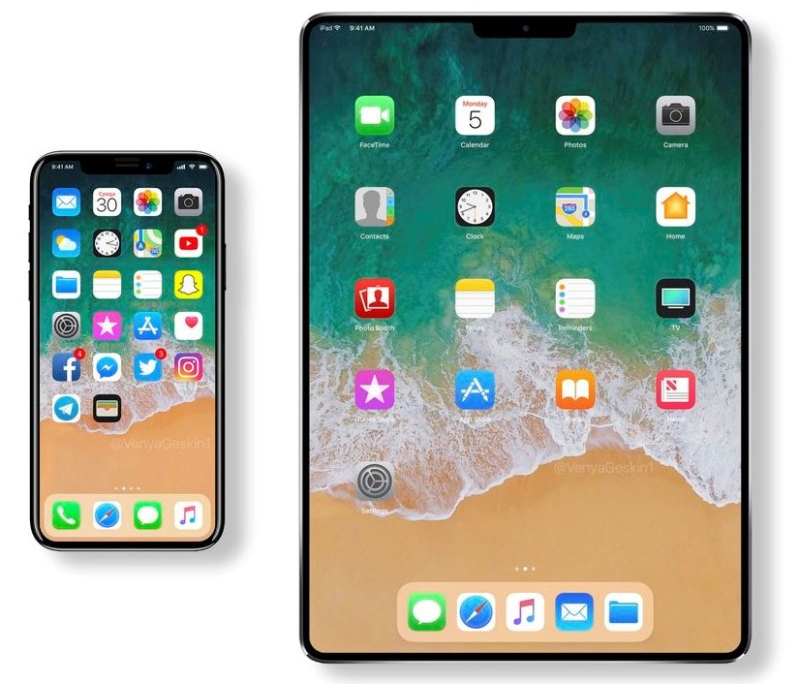 Without having a home button, the 2018 iPad will deliver a nice clean look as noted in the graphic above and with a thinner bezel. It will provide a refreshing look for the aging iPad that could stimulate sales.

Bloomberg does add one fresh idea in that it's possible that we'll see a new Apple Pencil debut with the new iPad. Unfortunately no hints of any kind were provided to help us understand how Apple intends to advance their smart pencil.

I wonder if it'll be time for Apple's patent pending Pie-Chart menus supporting business applications will surface for the iPad Pro. Along with hardware changes it would be great to also see some fresh user interface elements arise as well.

All in all the Bloomberg rumor is a compilation of ideas already on record mixed in with some good old fashion common sense. But if you want to check the report out in full, click here.