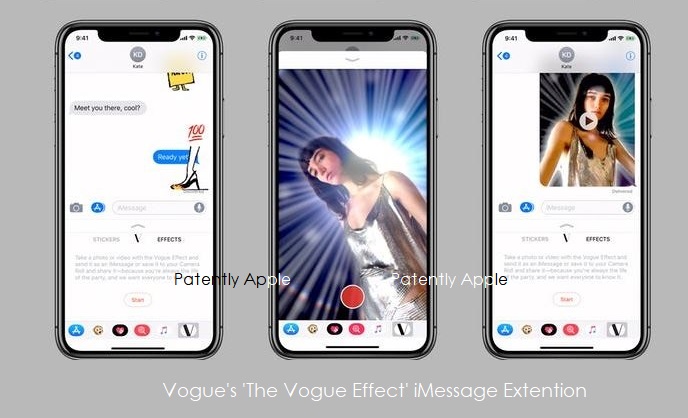 It's been reported that American Vogue has partnered with Apple to create an augmented reality-powered iPhone feature for iMessage, available exclusively on the newly launched iPhone X on December 1.

In a bid to merge the magazine's trend-driven content with high-tech, "The Vogue Effect" iMessage extension uses the front-facing camera's Face ID to create a multi-dimensional filter akin to those on Snapchat and Instagram. iPhone X users need to download Vogue's app in order to access the filters, but they can be applied directly via iMessage once installed.

Vogue used Apple's ARKit technology — which allows product designers to create augmented reality experiences — to layer trends from the Spring/Summer 2018 season, such as a '21st-century spin on disco glamour,' over the user's surroundings, creating an immersive image that can be downloaded or sent as a message. Further trend roll-outs and collaborations with industry talents are in the pipeline.

Arlie Sisson, vice president of emerging products at Condé Nast said that "This is experimentation, leveraging technology and pushing our creativity in new ways. It's unexpected, but it makes sense because leading is what we do best.

To be sure, this is likely the first of many AR-powered products embraced by Condé Nast and competing publishers eager to engage the reader in new ways. Apple's CEO Tim Cook told British Vogue in an October interview that "Over time, I think these features will be as key as having a website"

Over time Apple has built a relationship wIth Vogue who shot their New York fashion show in 2015 using an iPhone 6s. Apple's Jony Ive also hobnobbed with Vogue's U.S. editor-in-chief Anna Wintour back in 2014 when Apple was introducing the Apple Watch in Europe along with Karl Lagerfeld and Marc Newson as noted in the photo below. Ive also worked with Anna Wintour again in 2016 for the 'Manus X Machina' fashion event. 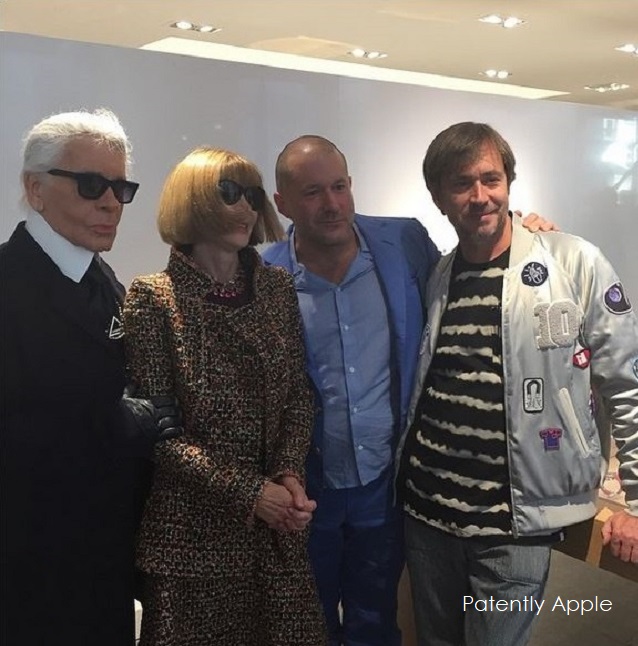