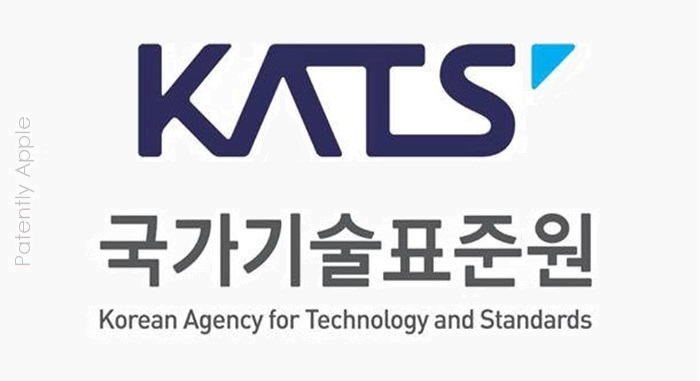 On October 19 Patently Apple posted a report titled "A Hysterical South Korean Tech report is already demanding that their Government force Apple to Recall the iPhone 8." The report noted that the South Korean press blamed Samsung's Note 7 recall on the U.S. Government protecting Apple. It was a narative they wouldn't let go of. They tried to force a recall over an older iPhone causing a small problem on a Korean Airline but it wasn't a persistant issue like the Note 7 and it was dismissed. In October, before the iPhone 8 had even landed in the South Korea there were those in the press demanding a recall of the iPhone 8.

The Korean Agency for Technology and Standards (KATS) responded by stating that though they heard of the problem, it had no legal right to investigate the issue until the iPhone 8 is in the country and a problem arises.

The Korean report further noted that "There is a chance that iPhone 8 Plus may become the first product to be applied with 'Guideline on Recall of Devices' that was announced by South Korean Government."

With the hysteria at this level before the iPhone 8 even arrived should be enough for Apple to lodge a formal complaint against KATS or another international body that the South Korean Government was looking to recall the iPhone 8 even before it arrived in their country. No other country has even come close to a formal recall. The problem is a minor one that Apple is working on and has likely resolved as production is stable.

Now that the iPhone 8 arrived in South Korea, with the iPhone 8 problem not showing up any longer, mysteriously had a case pop up where Apple gave the owner a new iPhone 8 without question.

But that's not the point. The government was simply waiting for any case to arise to start the investigation to demand a recall. 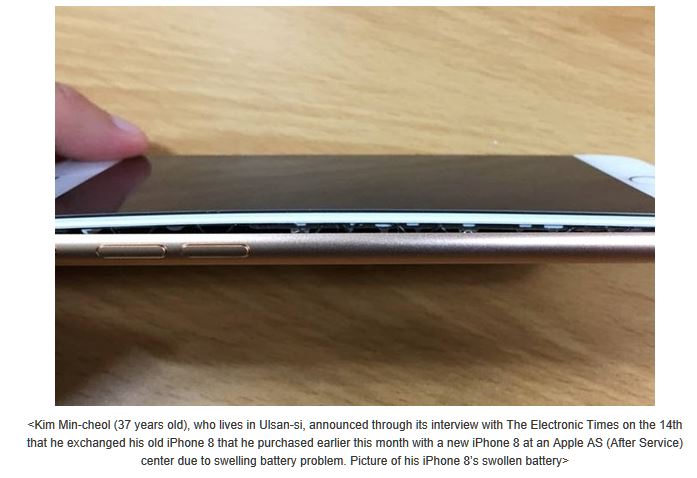 Apple AS center acknowledged such problem and exchanged his old iPhone 8 with a new iPhone 8. The customer who brought in the faulty iPhone stated that the "New iPhone 8 has not had swelling battery problem."

But that didn't matter. The matter was predetermined as our report pointed out on October 19. The first time a complaint would arise, the machinery would go into high gear to force a recall. It's almost criminal in how this is developing and playing out. It's pure revenge for the Note 7 recall for which Apple played no part in.

ETNews further noted that "Korean Agency for Technology and Standards (KATS) announced that it may carry out safety inspection on iPhone 8s or order for recalls as needed as iPhone 8's swelling battery problem occurred in South Korea.

"Because there were already cases of this problem in other countries, we have been paying careful attention to such problem." said a representative for KATS.

"Although this case that happened in South Korea is a slight problem, we can carry out formal inspections based on legal grounds or order for recalls if the same case happens in other parts of South Korea."

Ministry of Science and ICT (MSIT) is also taking a same stance as KATS. "If KATS orders for recalls, we are going to mediate based on a 'guideline for device recalls' so that there are not any problems between consumers, distribution network, and mobile network providers." said a representative for MSIT.

"We have yet to hear any follow-up measures for this problem that we requested from the president of Apple Korea." said a representative for Korea Mobile Distribution Association. "We hope that Apple shows some responsibilities."

Apple Korea has not announced any official stance regarding the exchange of iPhone 8 due to swelling battery problem. For more on this, read the full ETNews report here.