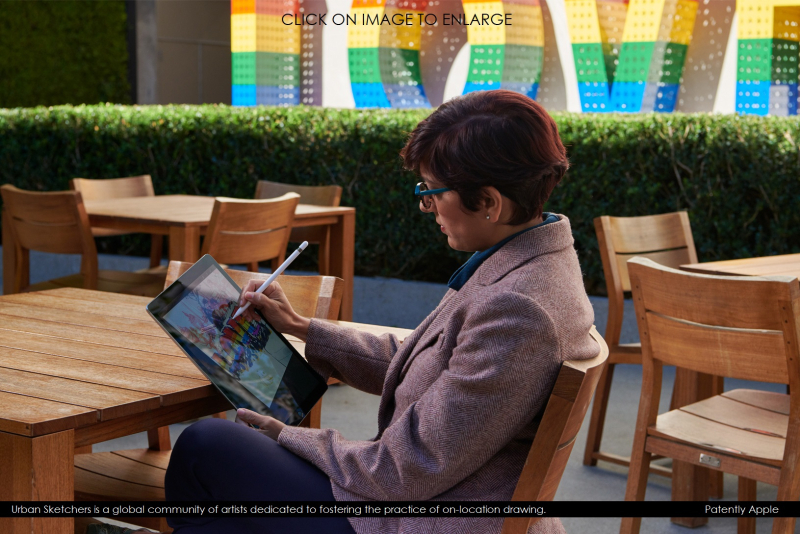 Some artists and visual storytellers in the Urban Sketchers community are using iPad Pro and Apple Pencil to capture the vibrancy and culture of the cities they live in and visit. Artists including San Francisco's Uma Kelkar, Hong Kong's Rob Sketcherman, Singapore's Don Low and Berlin's Omar Jamarillo say iPad Pro and Apple Pencil are a natural fit for drawing on location thanks to the mobility, flexibility and range of tools they provide. 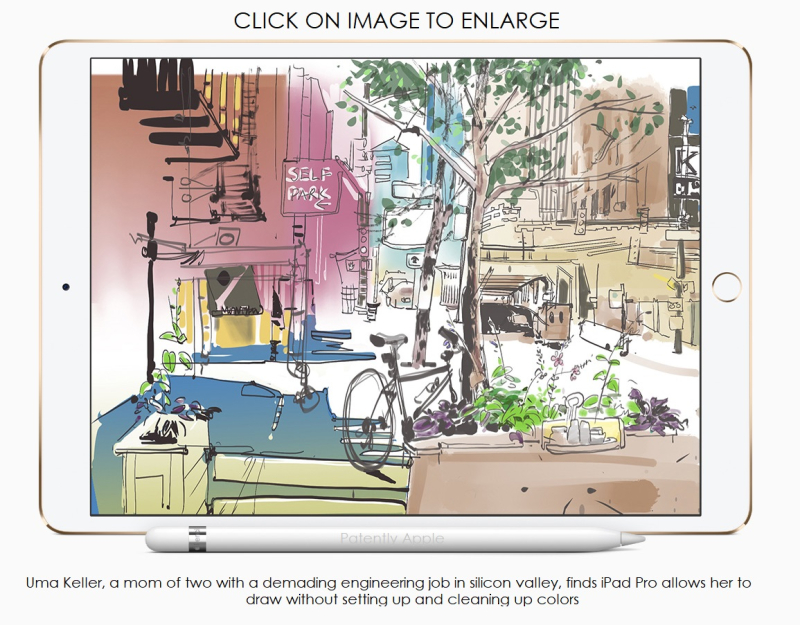 Uma is an award-winning plein air artist with command across multiple media. A member of Urban Sketchers since 2010, she started sketching on iPad Pro this year. She says, "On those super stressful days when art is actually necessary — by not having to worry about spilling color, iPad Pro enables me to reconstitute myself." 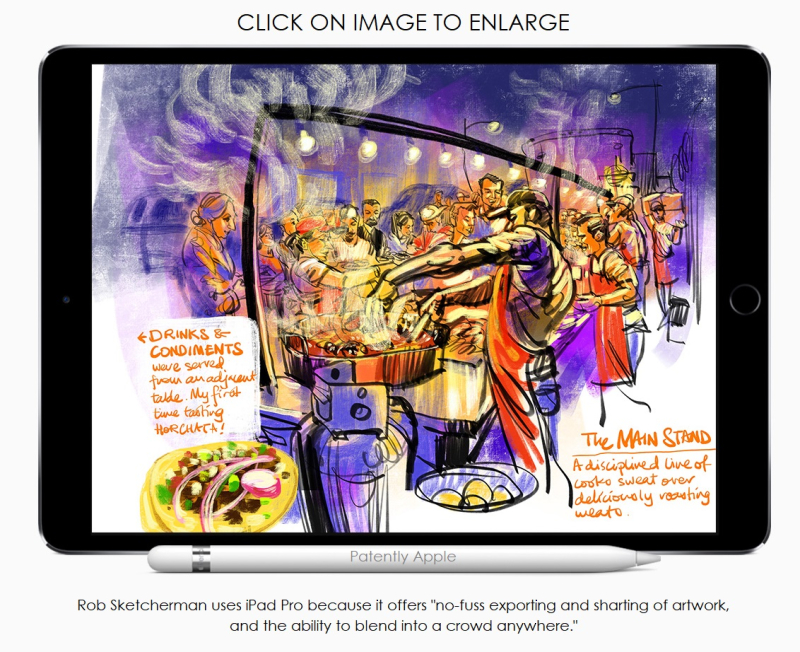 Rob is a self-taught artist whose work has taken him around the world on commissions and teaching workshops. A member of Urban Sketchers for over four years, Rob has been creating artwork exclusively on iPad for just as long, and began drawing on iPad Pro in 2015 when it was introduced. Rob says, "the flexibility [iPad Pro] offers fuels experimentation with line, texture and look, allowing any number of iterations. It's also very forgiving, expelling all fear of the dreaded blank page and of potentially 'ruining sketchbooks' in case an experiment goes awry." 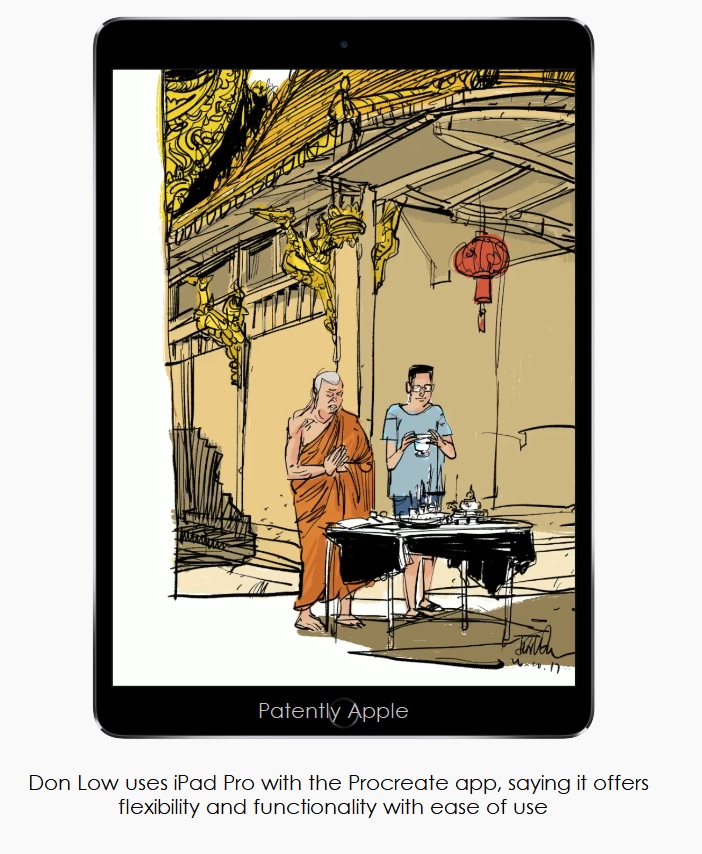 Don has over 20 years of experience as a local illustrator and comic artist, and teaches drawing part time at two local universities in Singapore. A member of Urban Sketchers since 2009, Don began drawing on iPad Pro in 2015. Don says, "Technically, I love how Apple Pencil works seamlessly in terms of pressure and tilt sensitivity. It detects all kinds of pen pressure just like how I use dip pens on paper, but even better." 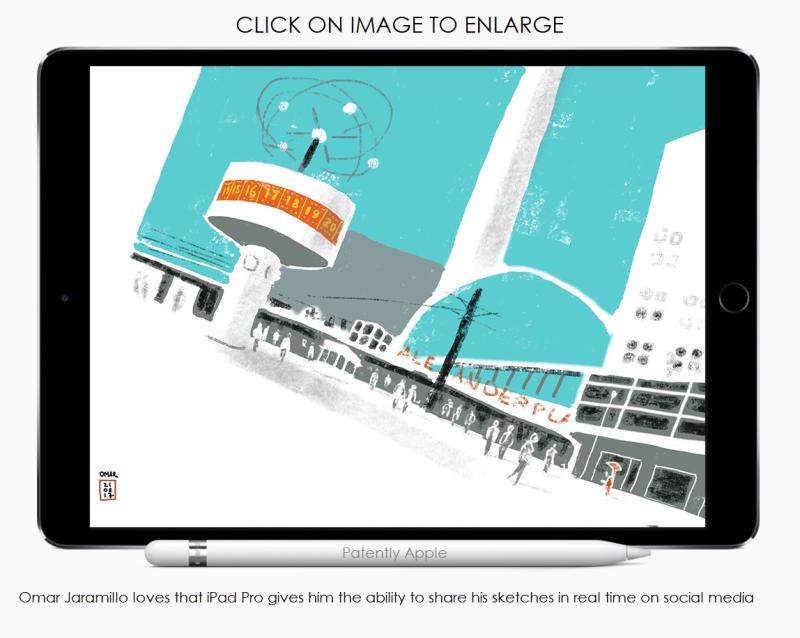 Omar started drawing as a landscape architect and was invited to participate in an Artist-in-Residence program at the Opera House in Hanover in 2012 where he documented the making of a ballet performance in sketches. Since then, he has taught workshops around the world. A member of Urban Sketchers since 2009 and a part of the organization's advisory board, Omar began sketching on iPad in 2014. He started drawing on iPad Pro earlier this year. He says, "Using iPad Pro in combination with Apple Pencil gives you a very similar feeling to drawing on paper. I also appreciate that you can create a video of how the image was drawn."

Customers can sign up for Today at Apple sketch walks hosted by these artists in San Francisco, Hong Kong, Singapore and Berlin at apple.com/today.