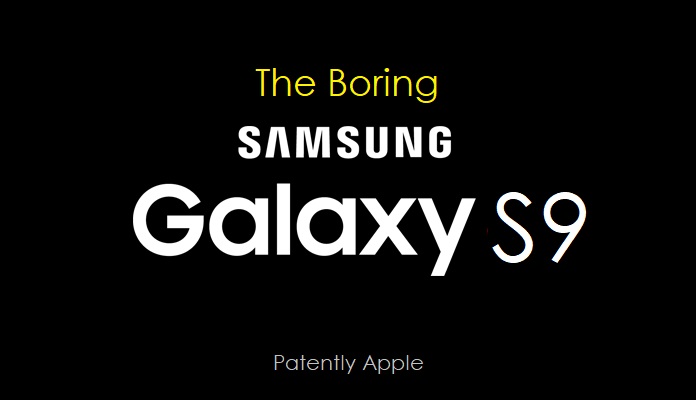 As Apple was preparing to launch the iPhone X on September 12th, Samsung's mobile division chief Koh Dong-jin was interviewed by a Korean publication wherein he stated that "Samsung has the foldable smartphone in its road map for the Note series and is currently working to solve a series of hurdles before unveiling it next year."

A new Korean rumor report surfacing today revealed some of the specifications coming to their Galaxy S9 launching in Q1 2018 and the publication thought that they were rather boring.

First off, the rumor states that Samsung won't be able to copy Apple's iPhone X 3D Face ID in time for the Galaxy S9, though they may have it ready in time for their Note 9 as they're working with Qualcomm to deliver a Face ID alternative.

Although the S9 won't have a Face ID alternative, it will however introduce a few new features. The first is an all-new AI chip that will bolster voice recognition and neural language processing. This is a must for Samsung, even if they half fake it.

Samsung is struggling in China and Huawei mocked the performance of the Galaxy S8 in their their Mate 10 smartphone launch last month. Huawei introduced a blistering fast AI chip called the Kirin 970 as pictured below.

Between that and Apple's A11 Bionic chip, Samsung has to deliver something that shows that they're in tune with their competitors. So expect Samsung to make a big deal of the new AI chip.

Samsung also plans to introduce a rear camera with a "3-stack layer" image sensor capable of taking over 1000 images per second, giving it high-speed functions usually found on cameras for professional photographers.

Samsung will also finally offer a dual lens camera on the rear side like Apple's iPhone 7 Plus.

The one specification that the rumor is oddly supporting is that the Galaxy S9's screen sizes won't offer a bump in size. I say that it's odd because Samsung has the advantage with their Samsung Display division that will be providing Apple's top Plus model in 2018 with a 6.46"display.

It's hard to believe that Samsung would supply Apple with a larger display than their Galaxy S9 will offer – though that might have been a condition of landing their second OLED contract with Apple. At the end of the day, I remain a little skeptical on that part of the rumor.

All in all, the Korean press thinks that Samsung's Galaxy S9 will end-up showing little innovation to challenge their competitors in 2018 – and that's why I think Samsung is saving their biggest surprise of the year for the Summer of 2018, just in case Apple's next iPhone introduces Apple Pencil functionality in an effort to hurt Note smartphone sales.