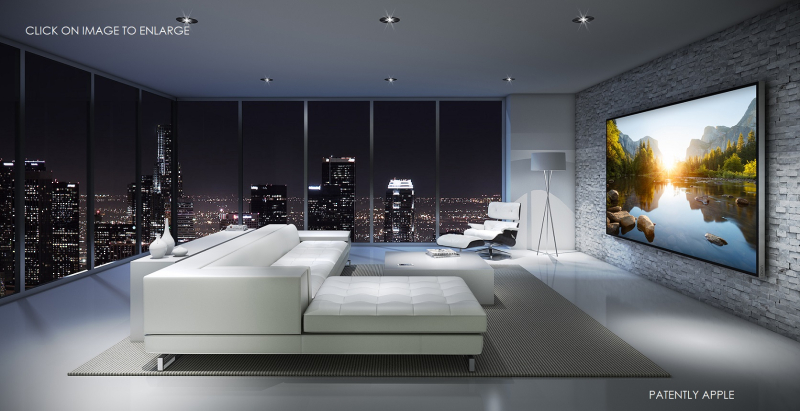 On Monday Patently Apple posted a report titled "Apple Working with TSMC on Tough Phase of Next-Gen Micro-LED Displays." Apple has moved the research into a positive stage of development with the help of TSMC.

If Apple and TSMC are able to find that breakthrough that sidesteps the final bottleneck for manufacturing this next-gen display, then we may see Apple introduce micro LED displays for either Apple Watch or a mixed reality headset, like the one being made by Vrvana that Apple acquired recently, over the next few years.

In some ways it's a race to deliver this next-gen display and some in the industry, like PlayNitride, believe that Apple currently has the lead. PlayNitride will be demonstrating ultra-fine-pitch micro LED displays in H1 2018 according to LEDinside.

Yet one of the challenges that remain is "mass transfer" which is exactly what Apple is working to overcome with their work with TSMC.

As always, Samsung wants to get the leap on Apple with micro-LED, even if it's only for a psychological win. Samsung intends to tippytoe into the micro-LED market ahead of Apple by delivering a new premium 150 inch home theater display in 2018 based on micro LED.

According to a new report published today, "Samsung Electronics will introduce a new TV model based on micro-LEDs at the CES electronics trade show in Las Vegas in January.

Micro-LED, whose red, green and blue sub-pixels produce their own light, is deemed to be the next-generation display technology as it is expected to compete with existing high-end OLED and LCD displays. The emerging display technology boasts high contrast ratios and deep blacks and it needs a simpler manufacturing process unlike OLED.

Micro-LED TVs have not been widely commercialized so far due to high manufacturing costs and technical difficulties to make a panel with LEDs measuring less than 100 micrometers, which is slimmer than the width of a human hair.

The micro LED TV that Samsung intends to showcase at the CES trade show is said to measure 150 inches in size. Samsung utilized the micro-LED tech for a cinema screen, which was first showcased in Las Vegas in March.

It was widely expected that the Korean firm would diversify the portfolio of its premium TV brands next year. Samsung's QLED TV, which has an LED backlight applied with a sheet of quantum dots, is its top-of-the-line TV brand.

Although it looks promising, micro-LED technology will only be deployed for large-size screens as it is difficult to configure the tiny sensors and chips on a smaller panel while meeting high resolution standards. It is expected to be used for mobile devices, such as smartphones, by 2020."