Home Archives Contact Us Subscribe Twitter Facebook Patently Mobile
Apple filed for a Patent in Taiwan that Reveals work on an Extra Wide-Angle Camera Lens for iPhone
Lest we Forget: Remembrance and Veterans Day 2017

November is a busy Month for Apple reopening Stores in L.A., Burlingame and Burlington 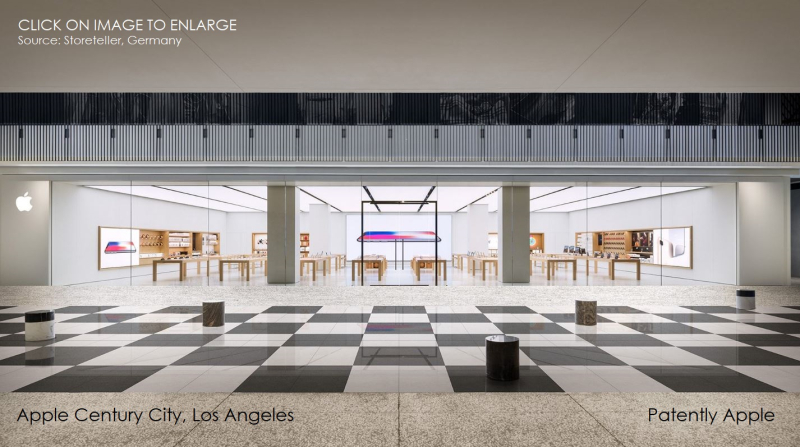 Above is an official photo of the renovated Apple Century City store in Los Angeles that reopened just in time last Friday as iPhone X went on sale. We also learn from Storeteller in Germany that the Apple Burlingame store that's been closed since April will reopen next Saturday.

Update 11/12/17 10:00 a.m.: Apparently we missed one. The Apple Domain Northside in Austin Texas had their grand opening yesterday morning. 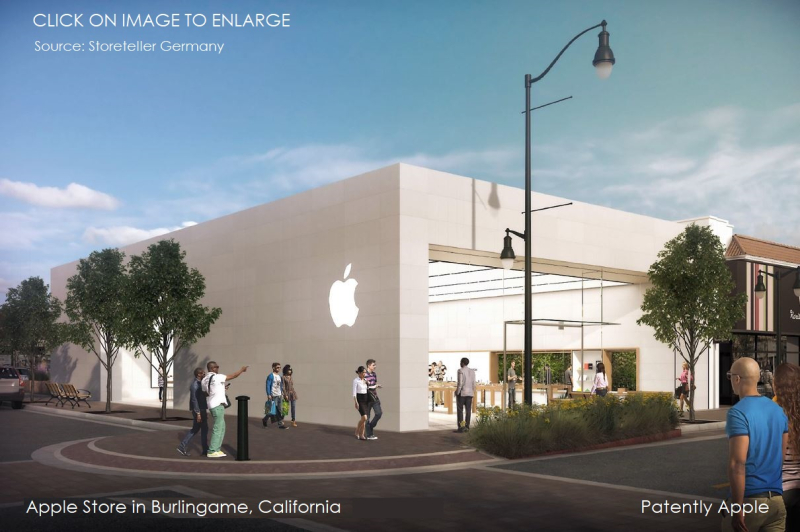 Lastly, the Apple Burlington store in Maine will also be reopening next Saturday at 10:00 a.m.

In case you missed it, we posted a report on Thursday titled "New Illustrations Surface from Foster and Partners that showcase the Coming Apple Piazza Liberty Store in Milan." One of the illustrations from Foster + Partners, Apple's flagship store architects, for the Milan store below shows that it will eventually be used for specific social events in an Amphitheater setting. 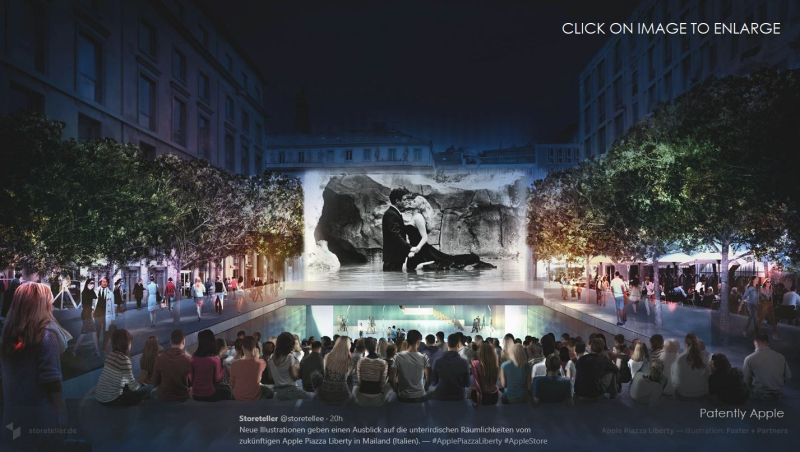 The Steve Jobs Theater at Dusk

From the archives of Foster + Partners I was able to find a really nice shot of the new Steve Jobs Theater at dusk just a few days after the iPhone X event took place on September 12th. Make sure to click on the image to enlarge it, especially on an iMac.