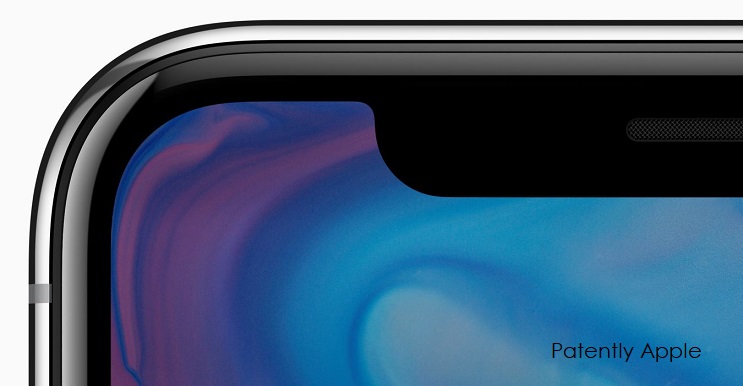 In February of this year Patently Apple posted a report titled "Beyond the 160 Million OLED Displays already Secured with Samsung, Apple is now in Talks with China's BOE." The report noted that "Apple's been testing BOE's active-matrix organic light-emitting diode screens for months but hasn't decided if it'll add the Chinese company to its roster of suppliers." Then Last month Patently Apple posted a supply chain report titled "Apple may Gain BOE as a new Supply Chain Participant for future Flexible OLED Displays."

Today we're learning that BOE is constructing large-scale production lines exclusively for Apple. BOE's executives recently visited Apple and shared their business plan in the hopes of winning a contract after testing displays for Apple. BOE has set a plan to use its B11 line, which is located in Sichuan, and B12 line that is currently in an investment process as production lines exclusively for Apple.

While the foldable display capacity may not be on Apple's road map yet, the fact is that Apple's filing for another foldable iPhone was published by the U.S. Patent Office. Patently Apple was first to report on this in a report titled "Future Foldable iPhone may use a micro-LED Display and Liquid Metal as a Shape Memory Alloy."

The report further noted that "B11 is BOE's second flexible OLED plant followed by B7 line in Chengdu. BOE is planning to invest $7.04 billion (46.5 billion Yuan) in total into B11 and it started ordering major equipment for front-end processes in this past June. It is heard that BOE presented information regarding B11 and B12 lines to Apple.

This latest move by BOE is enough to worry South Korean display suppliers. Apple is currently receiving all of supplies of flexible OLEDs for iPhones from Samsung Display. Because its dependence on Samsung Display is high, it is looking for a new flexible OLED supplier besides Samsung Display. While LG Display has been mentioned as the most likely candidate, BOE quickly emerged as its main competitor. If BOE and Apple become partners, BOE will be able to secure an opportunity that will allow BOE to quickly become one of the leading businesses in flexible OLED markets.

Foldable OLED is used to produce foldable display and it is seen as an important technology that is needed to implement next-generation Smartphones or tablets. BOE has carried out R&D on both in-foldable OLED and out-foldable OLED and it introduced prototypes for both in the past." This was mentioned in a report that we posted last December.

BOE recently started mass-producing 6th generation flexible OLEDs. It showed off its technical skills by holding a large-scale event last month in order to commemorate shipping of its products. At this event, BOE introduced a prototype of a panel that is similar to notch cut display of iPhone X," as noted in the photo below. 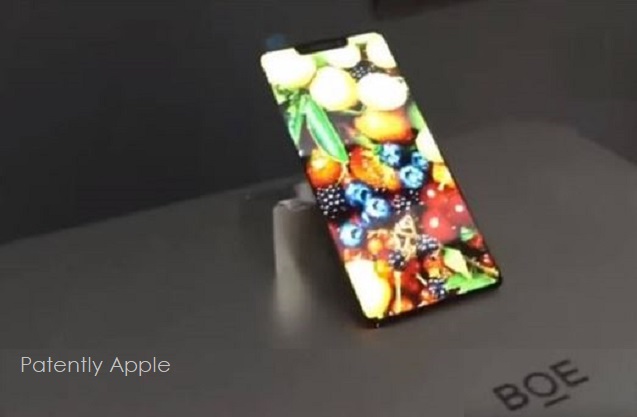 The report ended by stating that BOE "is going to use all of its plans and capabilities in order to succeed in supplying its panels to Apple."