Home Archives Contact Us Subscribe Twitter MeWe Facebook Patently Mobile
Despite the Press Whining about the 'Hefty Price' of the iPhone X, Korean Telecoms Marvel at Preorders selling out in 5 Minutes
Apple Responds to Microsoft's CEO Jab at the iPad with a new Video titled "What's a Computer?" 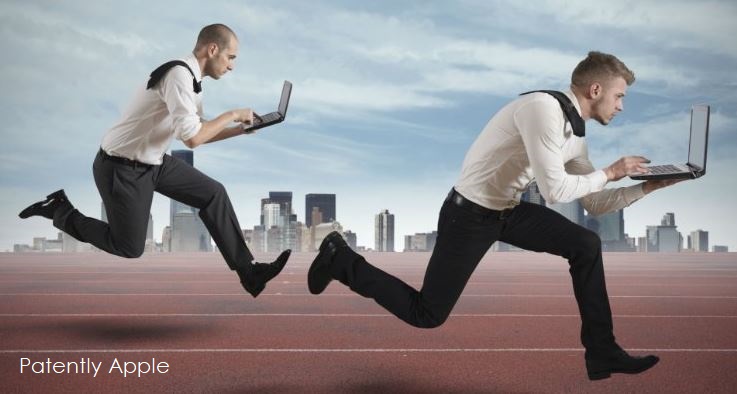 While Android smartphone vendors like to jam their smartphones with techy specs to sound like they trample on Apple's iPhone, it's really smoke and mirrors using the Intel PC marketing model: More stuff = better system. Yet Geekbench shows that the iPhone X with A11 Bionic literally smokes Android rivals. 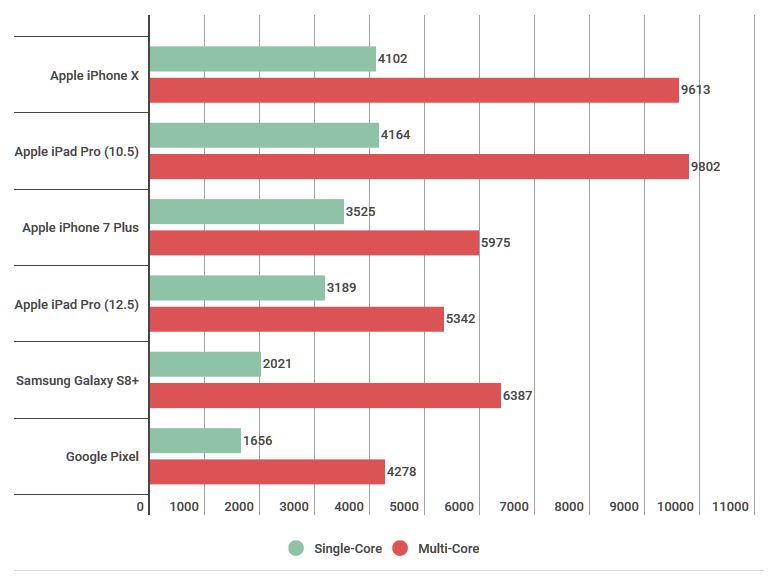 Today the news out of Taiwan's Digitimes is that Android vendors Huawei, Oppo and Xiaomi are racing to include 3D sensing functionality to their new 2018 to match the new iPhone X.

Largan is currently a camera lens supplier for iPhone and the top Chinese vendors are turning to them and other suppliers such as Sunny Optical, Orbbec and Himax Technologies will benefit.

Apple has set the standard in the premium smartphone market and the technology going into next-gen iPhones isn't 'fluffy simpleton specs' but rather true high-end engineering that Apple's SVP of Hardware Technologies Johny Srouji laid out in a recent interview in Israel. Apple's work on customized chips to support Face ID and ARKit for augmented reality isn't easily reproducible.

Apple fans know the iPhone is the true premium smartphone on the planet and it's why they lineup around the block to get their hands on the iPhone X and have preorders selling out in record time even in Samsung's South Korea?

The fact that China's top smartphone vendors are scrambling to have 3D sensors for their 2018 smartphones to match the iPhone, once again illustrates who the real leader in smartphones is: Apple – end of story.