Home Archives Contact Us Subscribe Twitter MeWe Facebook Patently Mobile
Six out of the Top Ten Smartphones in the U.S. were iPhones in Q3 2017 with the iPhone 7 Crushing Samsung's S8
The Apple Store in Dubai Mall is a Wondrous Design and new Jumbo Photos of it are now Available 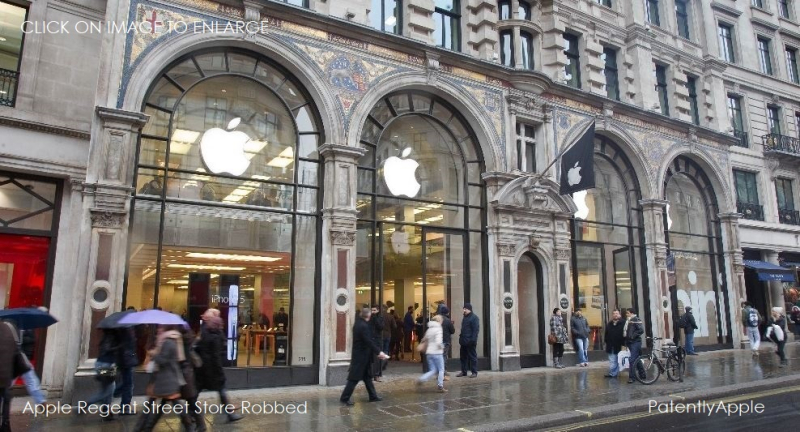 A report this morning notes that "A security guard at a central London Apple store was threatened with a hammer as he tried to stop a gang of raiders on mopeds. Ten suspects on five mopeds smashed their way into the Regent Street shop at 00:45 GMT and escaped with iPhones, iPads and iWatches. The suspects are described as wearing dark clothing. The man who threatened the guard was described as a black man." Wow, with a generic description like that I'm sure that London's finest will find this robber in no time flat, said sarcastically.

Last month, a moped gang that robbed more than 100 people, including the former Chancellor George Osborne, were arrested and jailed. You could read more about this story here.

Back in June two were arrested for an earlier raid on the Regent Street Apple Store according to itv news.