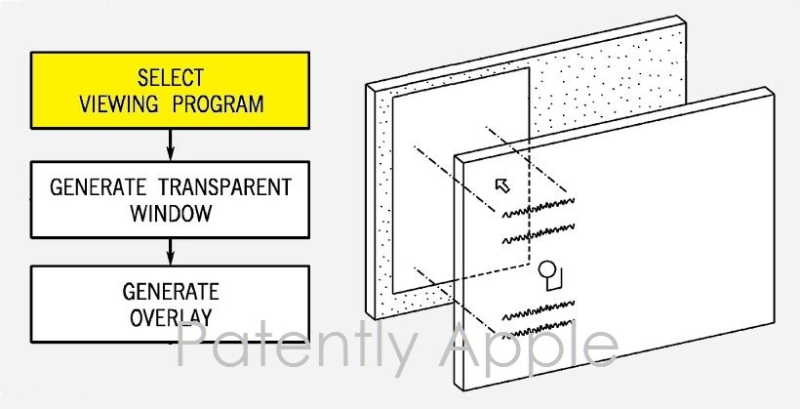 The U.S. Patent and Trademark Office officially published a series of 69 newly granted patents for Apple Inc. today. In this particular report we focus on a possible future Augmented Reality display for Macs and specialty applications. Prior to iPhone X, the thought of Augmented Reality (AR) for iDevices or Macs was a fantasy. Now that Apple is taking a lead in AR with ARKit, the idea of specialty display for Macs isn't that impossible anymore. Whether this becomes a reality or stays on the drawing board is unknown at this time, but at least it's no longer the unthinkable column.

Apple's newly granted patent covers their invention relating to an electronic device with a transparent display. The electronic device may include two or more display screens that could support overlays. These overlays whether in handheld or other electronic devices, such as a Mac, may provide an "augmented reality" interface in which the overlays virtually interact with real-world objects. Applications may go far beyond Macs as well into specialty displays or as part of vehicle windows that act as a heads-up display. 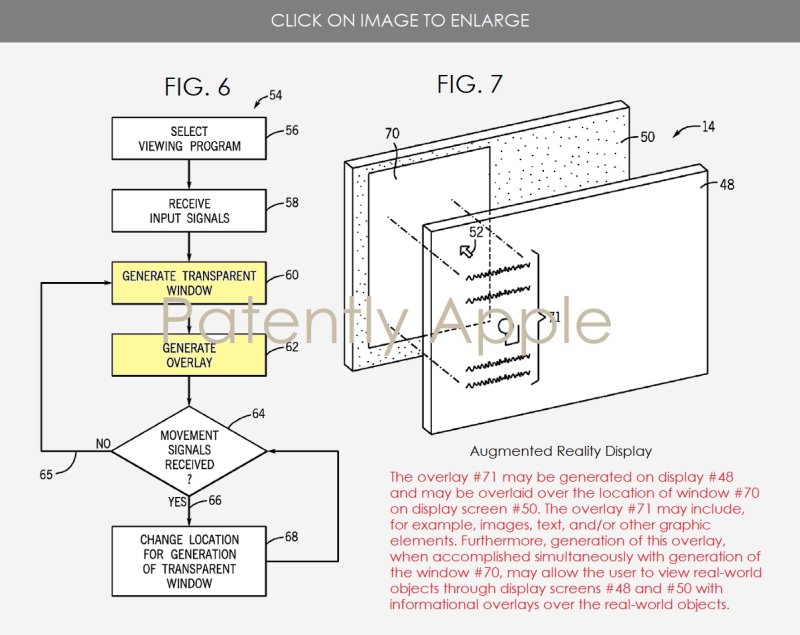