The U.S. Patent and Trademark Office officially published a series of 44 newly granted patents for Apple Inc. today. In this particular report we cover Apple's newly granted patent that relates to the Augmented Reality (AR) field. More particularly, the present invention relates to a method and system for compositing an AR scene from AR content which is embedded within an image.

The invention was part of Apple's acquisition of Flyby Media. One of the inventors is noted as Oriel Bergig who earned his Ph.D. in Computer Vision and Augmented Reality at Ben-Gurion University of the Negev. With Apple introducing ARKit and their new TrueDepth Camera with iPhone X we're able to see that this was one of the first patents working towards their AR project. 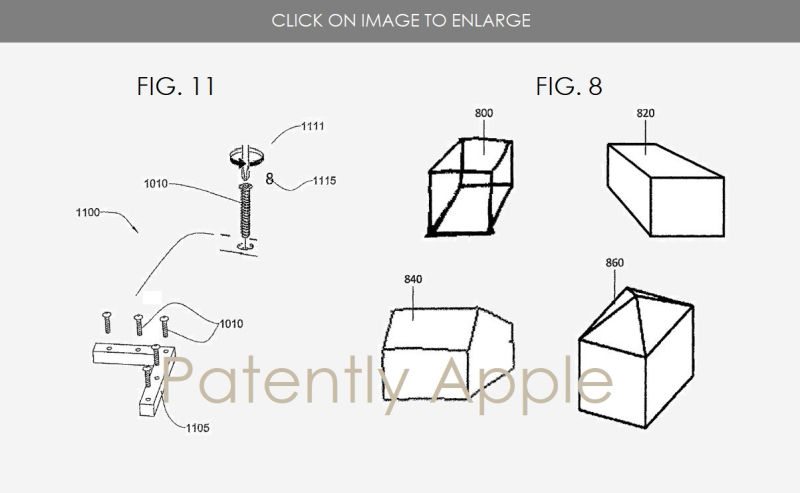 More specifically, FIG. 11 represents embedded AR assembly instructions for a piece of furniture (e.g. a kitchen table) to be displays in a 3D AR scene based on the In-Place AR approach.

As part of the patent background, the patent discusses 4D barcodes and a software library for building AR applications maintained by Human Interface Technology Laboratory in Washington called ARToolKit. They further cover how these barcodes were used in PlayStation and Game Boy games.

Apple's granted patent 9,824,495 was filed in Q1 2010 and published today by the US Patent and Trademark Office. Some of the work dates back to 2008. You could explore more of this fascinating invention here. How this plays into Apple AR project is unknown at this time.