Home Archives Contact Us Subscribe Twitter MeWe Facebook Patently Mobile
The new 5G Modems from Intel that Apple may adopt over time to Replace Qualcomm Modems have just been announced
Despite the Press Whining about the 'Hefty Price' of the iPhone X, Korean Telecoms Marvel at Preorders selling out in 5 Minutes

On October 1st Patently Apple posted a patent report titled "While the MacBook's Terraced Battery is another Patent Fulfilled, it's also Testament to Apple's Maniacal attention to Design Detail."

The patent figure below juxtaposed to Apple's marketing material shows you how Apple worked to provide its MacBook customers with more battery to extend battery life by inventing a new custom terraced battery cell. Now Apple is working on delivering a similar solution for Apple Watch. 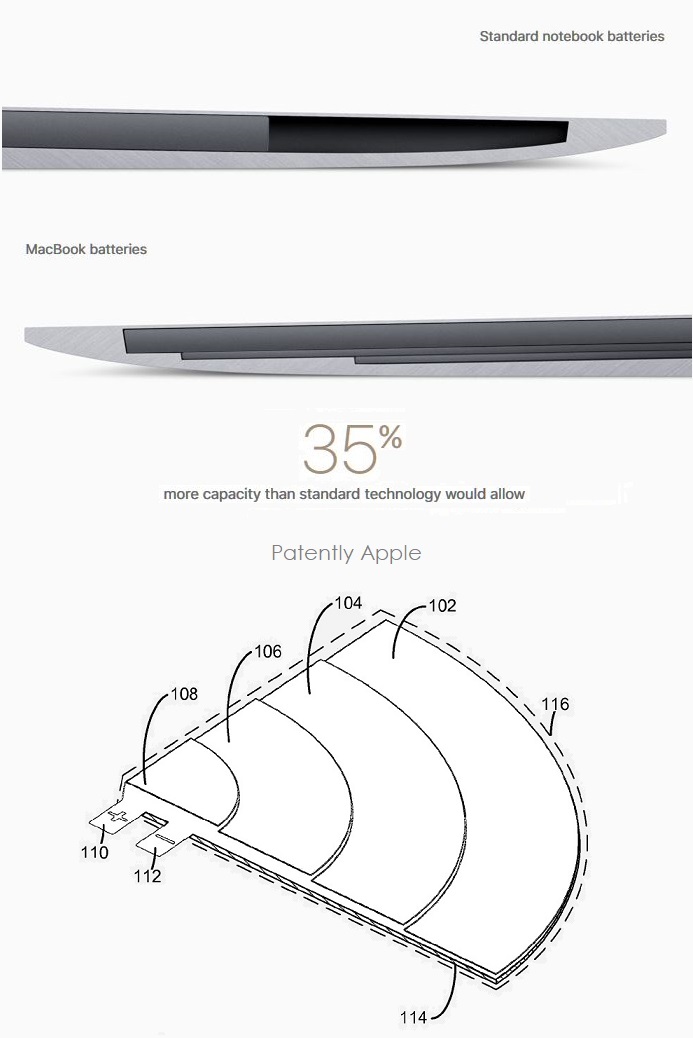 Today the US Patent & Trademark Office published a patent application from Apple that relates to creating a custom inductive coil for possibly a future Apple Watch that utilizes space better just like Apple did with the terraced battery cell for the MacBook. Instead of creating a terraced battery, Apple's engineer team is shown to have worked on increasing the size of the inductive coils in both the watch and charger. 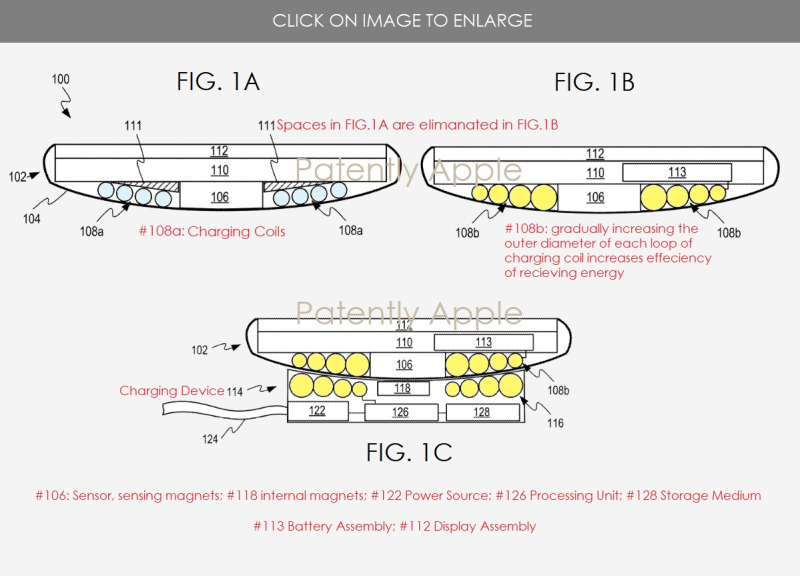 Apple's patent FIG. 1A noted above shows a device having a device housing that includes a protruding wall designed to accommodate a sensor; FIG. 1B shows how by gradually increasing the outer diameter of each loop of a charging coil the space between a protruding wall of the device housing and an operational component can be more efficiently utilized; FIG. 1C shows how varying the diameter of wires making up a charging coil can also maximize wire density when the charging coil is configured to be positioned proximate a convex surface.