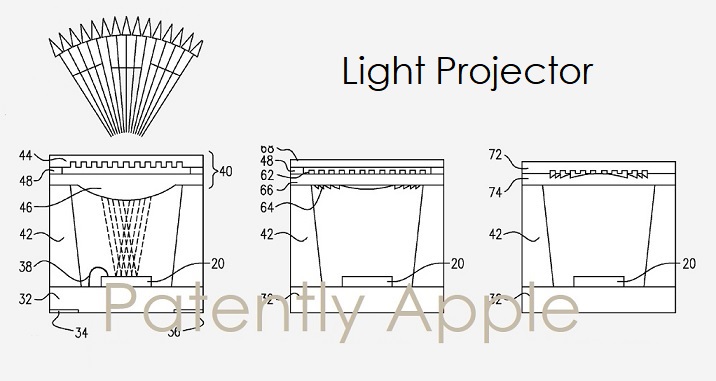 The U.S. Patent and Trademark Office officially published a series of 44 newly granted patents for Apple Inc. today. In this particular report we cover two specific patents. The first covers yet another of Apple's dot projector patents that relates to the new iPhone X Face ID feature. The second patent covers yet another AirPods patent, this time relating to the inductive charging case. Apple was also granted an iPhone design patent and we wrap up this week's granted patent report with our traditional listing of the remaining granted patents that were issued to Apple today.

Apple's newly granted patent covers their invention relating to optoelectronic devices and specifically to integrated projection devices used in the projection of patterned radiation. The light-emitting elements include vertical-cavity surface-emitting lasers (VCSELs). The micro-lenses generate a corresponding pattern of focal spots, which is projected onto the object – which we now know is associated with Apple's Face ID via the TrueDepth Camera's dot projector. 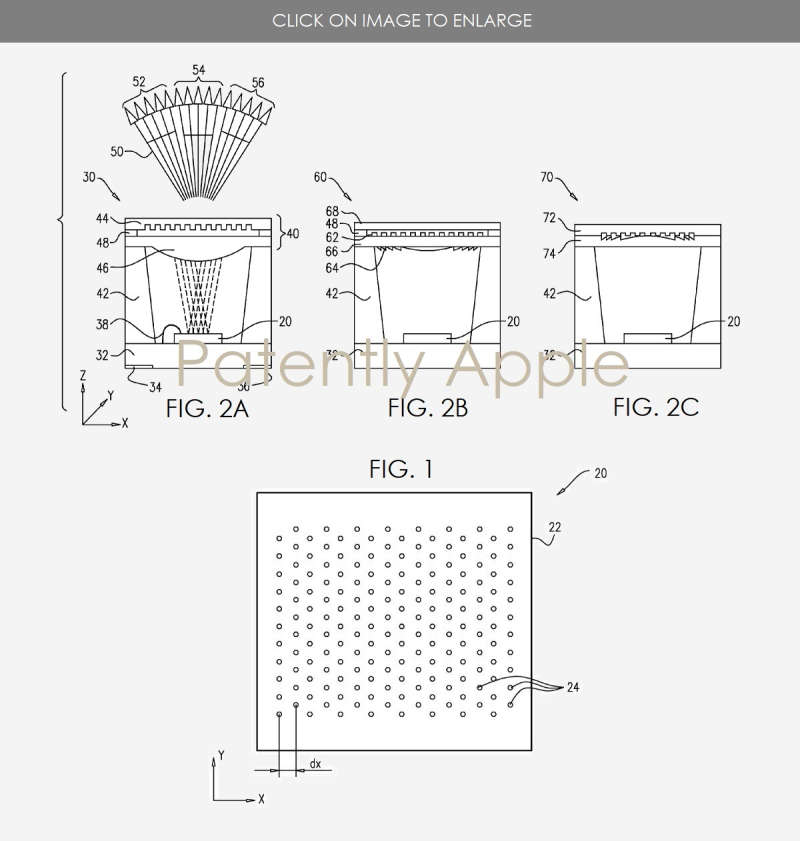 Apple's patent FIGS. 2A-2C are schematic side views of integrated optical projection modules; FIG. 1 is a schematic top view of a device comprising a semiconductor die on which a monolithic array of emitters has been formed.

Apple's granted patent 9,825,425 was originally filed in Q2 2014 and published today by the US Patent and Trademark Office. 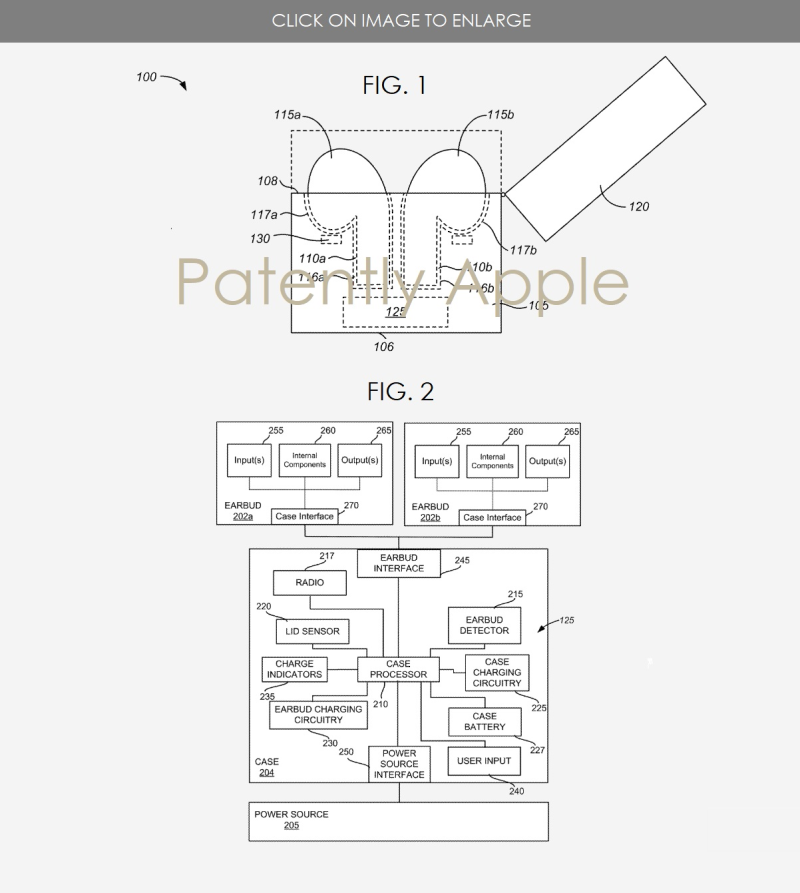 Apple's granted patent 9,826,301 was originally filed in Q3 2016 and published today by the US Patent and Trademark Office.

Apple Granted a Design Patent for the iPhone 7 Plus 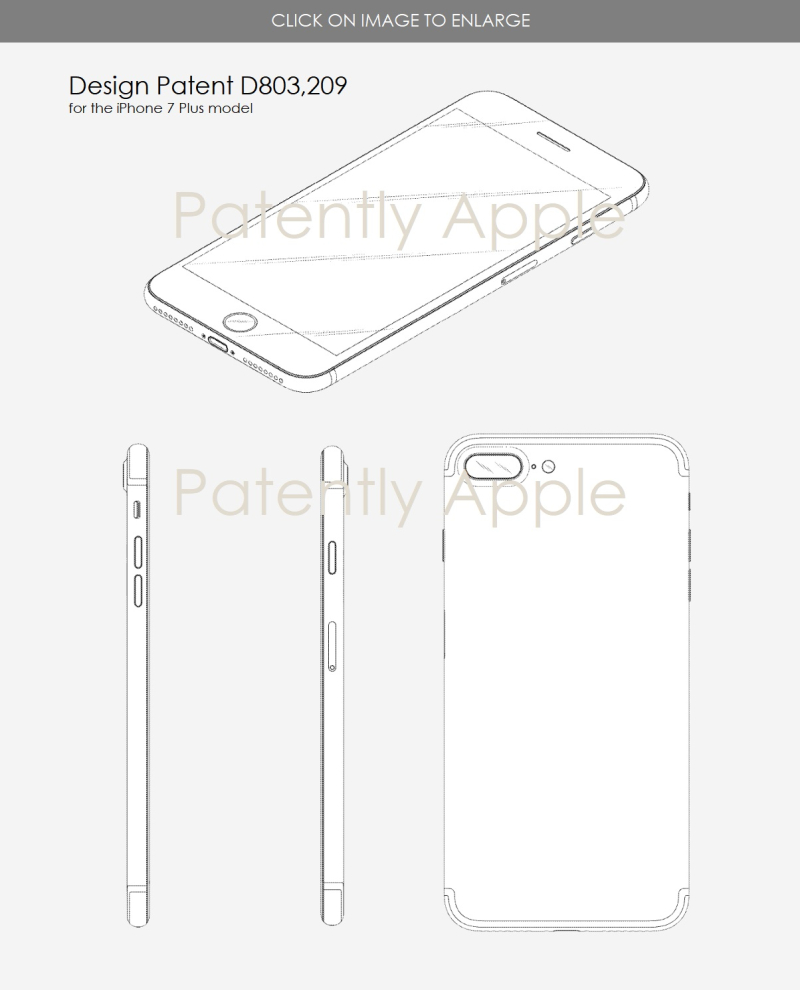 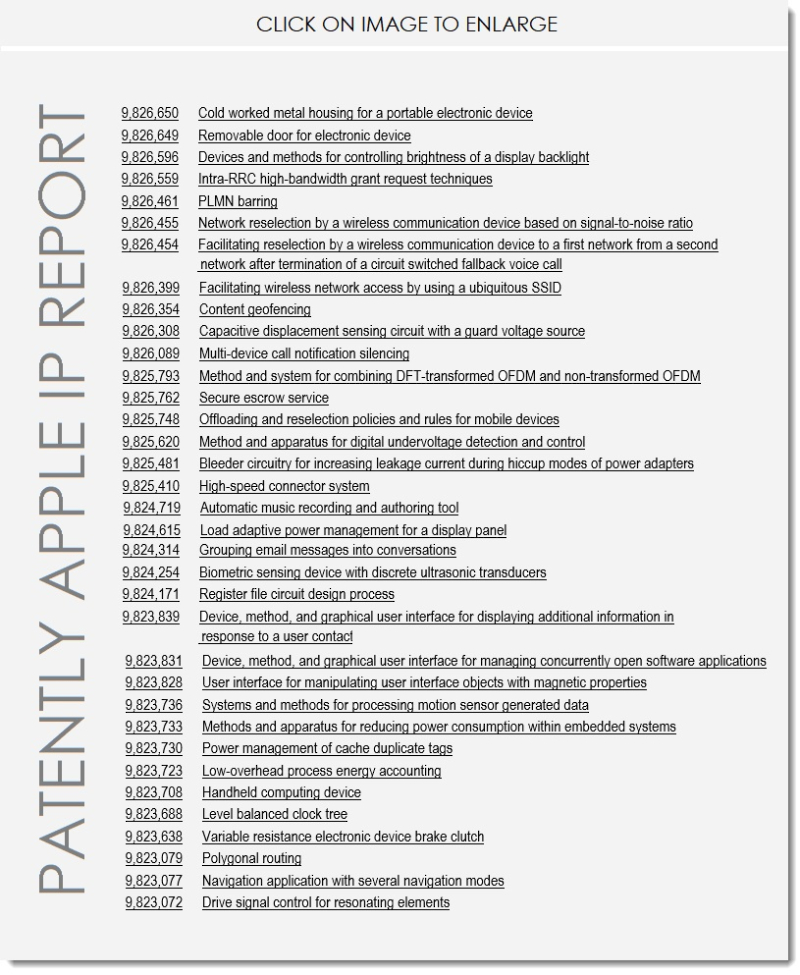