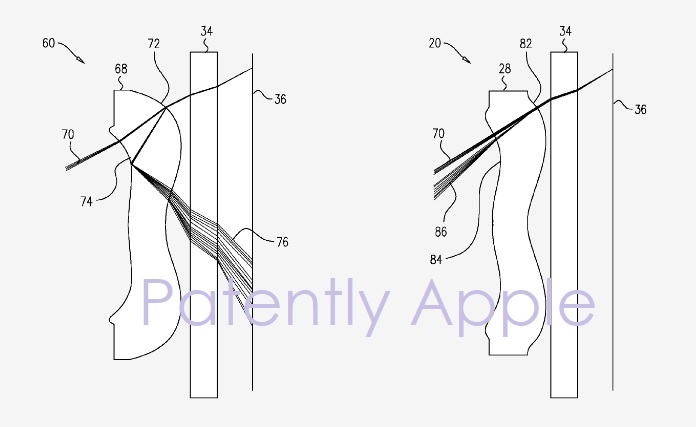 Last month Patently Apple posted a patent report titled "Apple invents a new Six Lens Imaging Camera System Designed to Eliminate the Flare Phenomenon." On Thursday we reported on the blockbuster news that Apple acquired InVisage that could allow Apple to design their own custom image sensors and have TSMC manufacture them. The quantum dot technology from InVisage is breakthrough stuff that could provide Apple with major photo and video advantages for future iDevice. In one of the videos in our report noted above it shows how "QuantumFilm" is able to capture super detail in both low light and super bright day light situations that could eliminate flare as well. Adding this technology to Apple's TrueDepth camera is going to be amazing.

Today Patently Apple discovered another of Apple's camera related patents in Europe that deals with near infrared imaging lenses. One of the inventors now working as an optics engineer at Apple used to work with Fujifilm for mobile lenses. While it's not as exciting as what InVisage brings to the table, it goes to show how Apple has made the higher-end iPhone camera's a priority and major selling feature.

Pattern-based depth mapping is what Apple uses for the dot projector that is makes and app like Face ID possible. Another of Apple's patent applications this week covered that very topic and InVisage uses this technique as well as we pointed out in our follow-up report titled "Apple Acquired InVisage with well over 100 Patents on Quantum Dot Technology for Advanced Cameras and Beyond."

Another aspect of this invention relates to bringing a wide-angle lens to a future iDevice. Apple notes that "the present invention exploit this design approach to provide fast, wide-angle, miniature imaging lenses that can be used for high-resolution NIR imaging, for example in portable electronic devices. A particular embodiment that is described provides a lens of this sort that is capable of operating at F/2.0 with a diagonal full field of view of 84.degree., and with optical distortion no greater than 2% across the image.

Technically, the wide-angle lens aspect of the patent tells us that this is a patent fulfilled. Apple actually bested the specs of the patent with F/1.8 starting with the iPhone 7.

At the top of the report we mentioned that the technology for a future camera could also be used for night vision. While it's definitely not the focus of Apple's patent, the fact that they even mentioned it is interesting.  It's interesting because earlier this week Apple's future smartglasses came back into focus with kind of an insider-rumor saying that the device is a few years off but progressing as we've writing about over the last few years.

While the emphasis of the glasses will likely be augmented reality, an added killer app would no doubt be night vision. It may not be available on day one because a lot of the components and power needed to drive such an app will need to be worked on. But just the mere thought of it being considered as a future option for Apple's smartglasses could put a smile on your face.

Yet for now, in practical terms, Apple's engineers are continuing to work on reducing photo flare while their wide-angle lens has already been fulfilled starting with the iPhone 7. Some of the history of the patent went back to 2015. 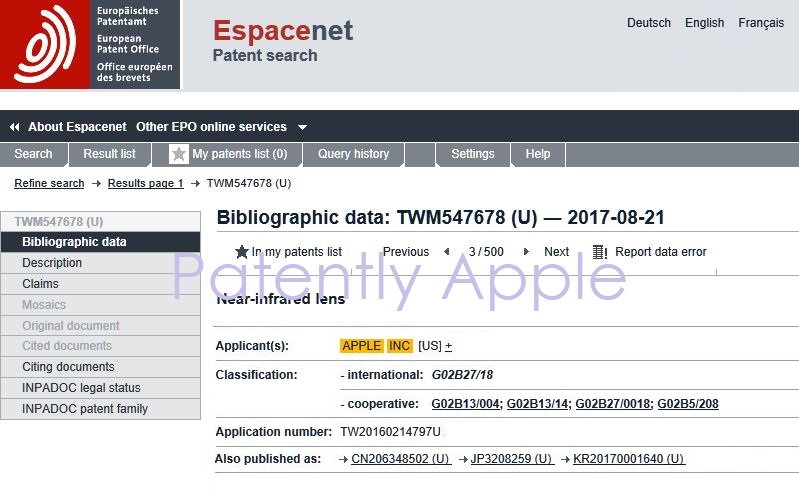 Patently Apple discovered the Taiwan patent filing in the European Patent Office database today. Espacenet notes that the patent filing was made in Taiwan on August 21, 2017.