Home Archives Contact Us Subscribe Twitter MeWe Facebook Patently Mobile
While Apple's Patent for an iPhone with a Glass Back is fulfilled, Apple Legal Updates the Patent's Claims
For those who said the Days of Long Lineups for a new iPhone were over: Think Again 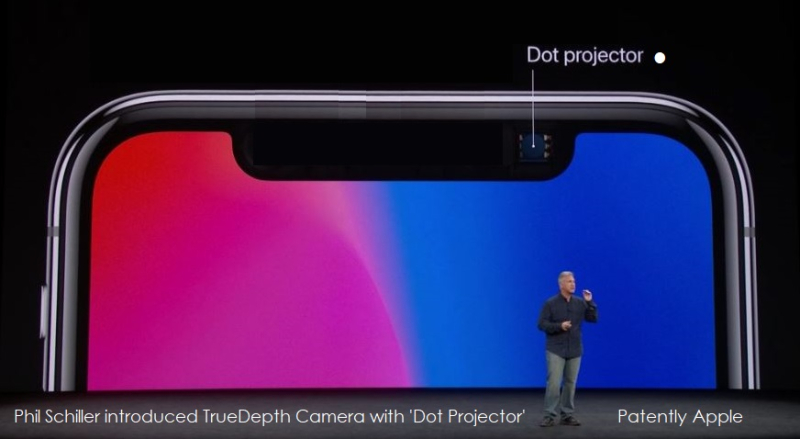 Today the US Patent & Trademark Office published a patent application from Apple that generally relates to optoelectronic devices, and specifically to integrated projection devices like the one used in the TrueDepth camera designed for Apple's new iPhone X that includes a 'Dot Projector.' Our cover graphic shows Apple's SVP Worldwide Marketing Phil Schiller introducing the all-new TrueDepth Camera with the dot projector highlighted.

Days after the iPhone X event in September, Patently Apple posted a report titled "Apple's Face ID has been in the work for many Years and its Debut fulfills many In-Depth Camera Patents." In that report we pointed to one of the original inventions/patents behind the new dot projector. 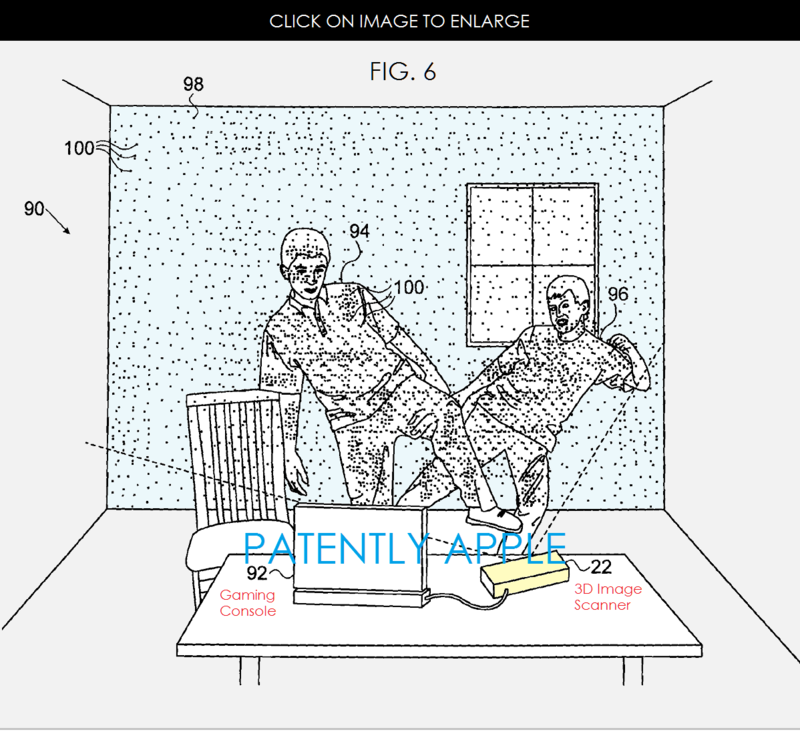 A related patent in 2016 stated that "the projector produces and projects a pattern of light spots onto an object or scene, in order to enable an imaging and processing system (not shown) to analyze the projected pattern and estimate a three-dimensional (3-D) map of the object or scene."

Today, another projector related patent filing has surfaced that incorporates patents #WO 2008/120217 and US 2008/0240502 wherein is noted that "In one embodiment, the transparency comprises an array of micro-lenses arranged in a non-uniform pattern. The micro-lenses generate a corresponding pattern of focal spots, which is projected onto the object."

In Apple's summary for patent application 20170314763 they note that their invention covers photonics modules that include optoelectronic components and optical elements in a single integrated package that are used in projecting patterned light. Such projectors may be used to cast a pattern of coded or structured light onto an object for purposes of 3D mapping (also known as depth mapping).

In the future, the same camera system could be used in conjunction with an in-air 'gesture-based' computer interface that have been covered in other patents, like this one, from the same Israeli team PrimeSense that Apple acquired years ago.

A radiation sensor, such as a monitoring photodiode (MPD), may be incorporated into projection sub-assembly in order to monitor the output light intensity from the light source. Such sensors are useful both in maintaining the power level of IPM within desired limits and verifying eye-safe operation. 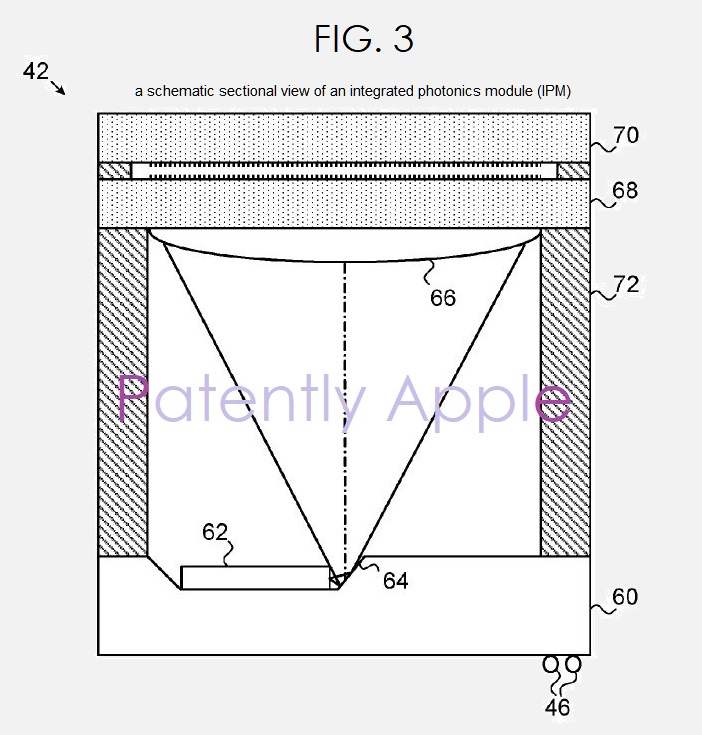 Relating to patent FIG. 3 above, Apple notes that "A lens #66 collects and collimates light from laser diode #62 that has been reflected from mirror surface #64, directing the light through a pair of DOEs #68 and #70. These two diffractive optical elements (DOEs) may be configured as described in the above-mentioned US 2009/0185274 or US 2010/0284082, and may thus serve as an eye-safe pattern projector for 3D mapping. 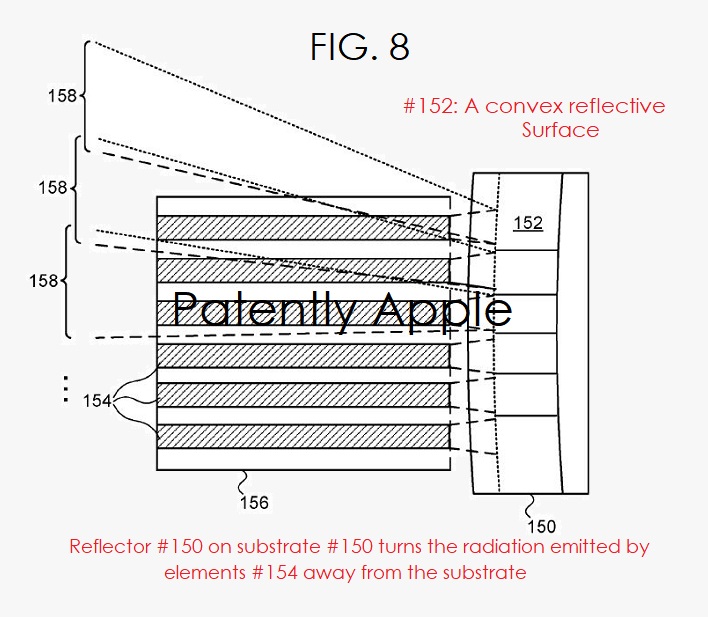 In Apple's patent FIG. 8 illustrated above we're able to see a schematic top view of an optoelectronic sub-module used in an integrated photonics module (IPM). In embodiments in which the patterned element (or elements) in the IPM comprises a micro lens array (MLA) or other transparency, each stripe #158 passes through a different, respective region of the transparency, and thus creates a respective part of the overall illumination pattern corresponding to the pattern embedded in the transparency. Projection optics project this pattern onto the object.

It's really amazing that the 3D Depth camera system that started with a device like Kinect has over the years been shrunk down to the size that it now fits in the TrueDepth camera in iPhone X that hits Apple Stores tomorrow.