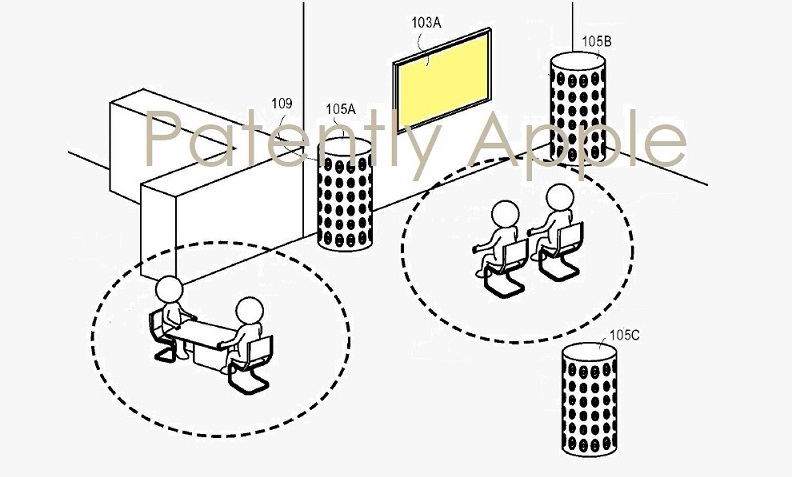 Yesterday Patently Apple posted a report titled "While Apple's First-Gen HomePod is set to arrive in 2018, Amazon may Advance Echo with added Pico Projector." Our report pointed news coming out of Taiwan that Amazon was rapidly advancing their Echo smart speaker with a pico projector for 2018. We noted that Samsung and Microsoft have patent pending smart speakers with the same feature. Even Apple has a patent on this idea as well which we'll get into later in the report.

Today, a new report published by Bloomberg reveals that "Apple audio engineers had been working on an early version of the HomePod speaker for about two years in 2014 when they were blindsided by Amazon's Echo with a voice-activated assistant named Alexa. More than two years passed. In that time Amazon's Echo became a hit with consumers impressed by Alexa's ability to answer questions, order pizzas and turn lights on and off."

Bloomberg's Gurman added that "Apple's project meanwhile was cancelled and revived several times and the device went through multiple permutations (at one point it stood 3 feet tall) as executives struggled to figure out how it would fit into the home and Apple's ecosystem of products and services.

Two years into development, the side project finally got an official codename (B238) and a home inside Apple's accessories division, which also worked on the AirPods earphones and is run by Gary Geaves, who previously was R&D chief at audio company Bowers & Wilkins.

Apple tested many variations of the speaker in specially designed audio chambers and built a trio of testing spaces designed to mimic real life: a college dorm, living room and open-plan studio apartment. By 2016, Apple was testing the device inside the homes of employees not connected to the HomePod's audio development in an effort to get unbiased feedback. Later, Apple also asked select retail store employees around the world to test the HomePod."

This is interesting because Patently Apple covered a barrage of patent filings from Apple that were published in August and September that supports Bloomberg's account to a certain degree. The patents covered a range of speaker sizes and various home scenarios from a standalone model to an array of smart speaker for a home theater which you could review in our 'Audio Related' archive.

The patents however contradict one part of Gurman's report in that Gary Geaves is found on at least one of the patents filed in 2014. Meaning Geaves was in on the audio project well before Bloomberg's time line. It's not a big deal, but for the sake of accuracy, Geaves was in on the smart audio patents earlier on as noted in the patent screenshot below. 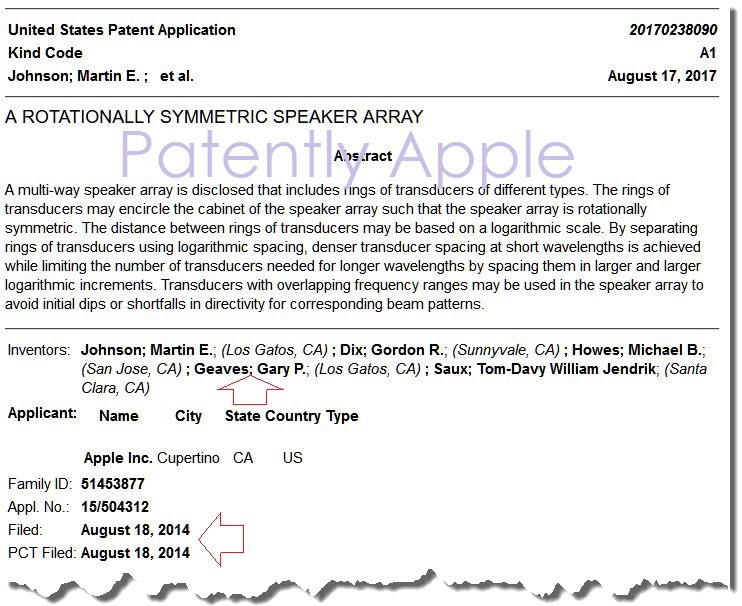 It's interesting that Gurman mentioned that "Amazon's Echo became a hit with consumers impressed by Alexa's ability to answer questions, order pizzas and turn lights on and off."

Yes, consumers loved that Alexa could be consumer friendly and able to answer a much wider range of questions because it was a stand alone product.

I found it an interesting point to emphasize because Apple's marketing VP Greg Joswiak lost the point of that aspect of the Echo and got very, very defensive about Siri not being able to match Alexa's smarts. His response to questions about why Siri wasn't as flexible as Alexa was that Siri was designed to be a "Get-Shit-Done Machine" not Trivial Pursuit! Clearly Apple being 'blindsided,' as Bloomberg's Gurman phrased it, has been evident on several fronts.

Towards the end of the Bloomberg report Gurman further noted that "The Echo is a truly standalone product at the center of an ecosystem. The cloud-based operating system has made it easy for developers to create thousands of skills or voice-activated apps.

By contrast, the HomePod is essentially an extension of the iPhone, like an accessory. When someone asks the HomePod to open a third-party app, the request won't go directly to the cloud, as with the Echo, but to an iPhone. As a result, developers can't write apps for the HomePod. They must create tweaked versions of existing iPhone apps. What's more, Apple has limited the kinds of apps to messaging, to-do lists and notes. If Alexa is the beating heart of the Echo, Siri is almost an afterthought.

Apple could still eventually add features to the HomePod. These might include its own app ecosystem and support for competing music services. Even so, until that happens, Apple will still be playing catchup in a category invented by a company better known for e-commerce than hardware."

You Win Some, you Lose Some and you Get on with the Show

The smart speaker hiccup reminds me of an iPhone keynote address back in 2012 delivered by Apple's SVP worldwide marketing Phil Schiller who basically walked off a cliff that day by laughing at Samsung's new phablet as being a gross error in smartphone design. According to Schiller, making a smartphone larger could be done by anyone, and then quickly added that "the real challenge was to make the the iPhone better and smaller." Ouch 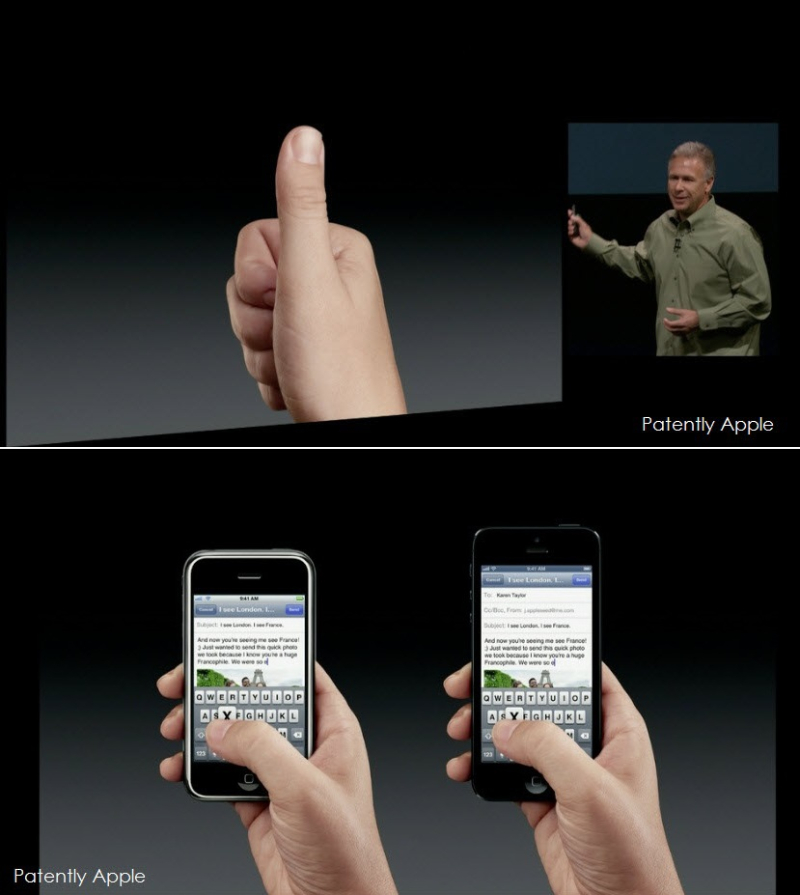 Schiller then cemented his error in judgement by showing slides of how a smartphone had to be designed around the human thumb. Specifically Schiller stated: "What is the design center for a Phone? It's this: it's your hand. A phone should feel great in your hand and more importantly it should be easy to use with a magical device we all carry called the horizontally opposed thumb."

Apple simply missed the boat and value of the Phablet trend that Samsung began but made up for it when they launched their iPhone 6 Plus that quickly trampled on Samsung's Phablet advantage in short order. Apple was wrong, they fixed it and got on with the show.

Even if Apple misses a trend or is slow to follow an emerging trend, they have the money and engineers to get on track rather quickly if need be. But when Apple tries to pretend that a trend is meaningless or stupid and are proven wrong, it hurts their credibility.

Apple's CEO is quick to get defensive and say that Apple couldn't give a rats of being first to market and yet they're the first ones to say that they want to scream over something they're excited about like Augmented Reality because they were first to make it viable on their iPhone with ARKit. They love to have it both ways.

Clearly Apple was a little slow on the trigger to counter Amazon's Echo, yet were very fortunate to have had a few engineers working on a private audio project at the time and were able to spin their patent pending ideas around quickly and turn it into the HomePod. They were slow, they ramped it up and got on with the show.

Amazon crushed Apple on another front if you remember. Apple's TV box was downgraded to a hobby project over time but it was to be a lot more than just a tiny puck-like device. Do you remember the big hype on NBC in 2013 and the big Charlie Rose interviews in 2014? Ouch! Completely over-hyped. 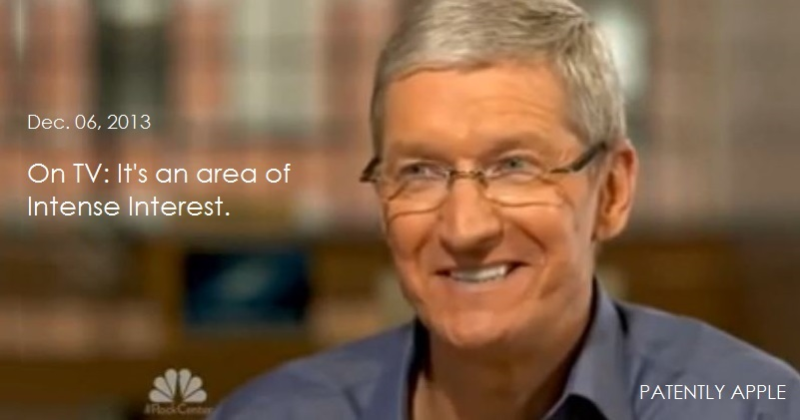 Apple's management just couldn't figure out which way to go while Amazon came in like a hurricane with slick programming, making award winning movies leaving Apple in the dust.

Apple's late CEO Steve Jobs didn't like to talk about future products for this very reason. Apple's CEO Tim Cook got fans around the world all worked up about Apple TV and then failed to deliver in a timely manner. That's four years ago. That's a clear miss.

The good news again is that Apple woke up and is now putting together a fantastic team that is stringing together a series of quality shows and over time Apple TV, which started in 2007, will finally deliver something we've been waiting a decade for.

So while Bloomberg's Gurman sounds disappointed that Amazon has danced circles around Apple on the smart speaker front, Apple will always dance to their own drum, on their own schedule and stay deadly focused on what matters most to them as Apple's SVP of Hardware Technologies Johny Srouji revealed in a recent Israeli interview.

While Apple will indeed miss trends, they'll equally amaze and dazzle us with iPhone performance with their new A11 Bionic Chip, 3D Face ID, ARKit and Apple Watch 3 with cellular connectivity.

No technology company will ever get it all right. There are just too many variables. But in the big picture, Apple fans love what Apple makes and appreciates their search for excellence in everything they do from smartphones to iconic flagship Apple Store designs around the world.

In the end, the smart speaker glitch is tiny and Apple will ramp up that project wide open in 2018 and get on with the show in the blink of an eye.