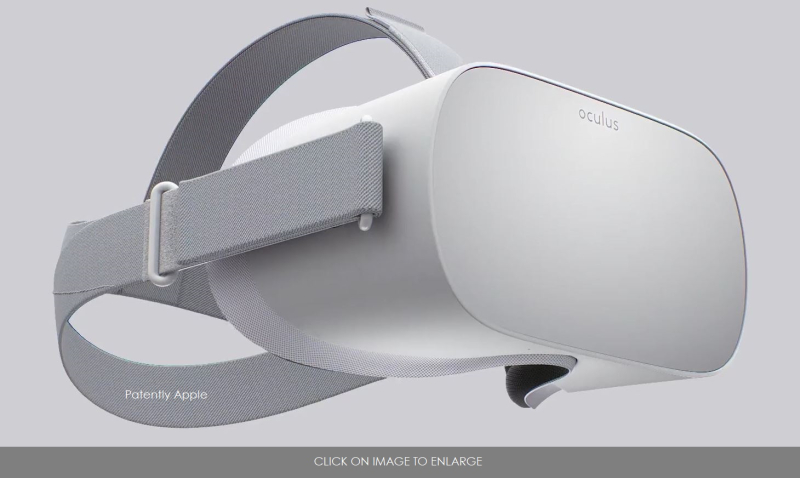 In July Patently Apple posted a report titled "Facebook's Oculus Slashes Headset Prices in 'Summer of Rift' Promotion that many see as a Panic Sale." With Microsoft partners launching mixed reality headsets for as low as $299 this Christmas, Facebook had to go into panic mode and hold a fire sale.

The Oculus Go doesn't need a PC to work. Oculus Go will deliver 3D immersion with crystal-clear optics, integrated audio and optimized 3D graphics. They're also introducing a new smaller controller for games and more as noted below. 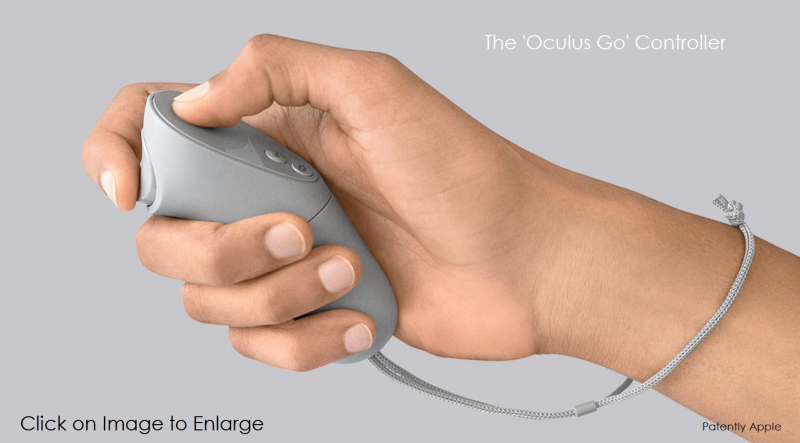 The Oculus Go will arrive in early 2018, missing the crucial Christmas market, and will start at just US$199.

During the Oculus Connect Developer Conference Facebook's CEO Mark Zuckerberg said Oculus Go finds "that sweet spot" of an affordable price and a high-end virtual reality experience. It's the most accessible VR experience ever."