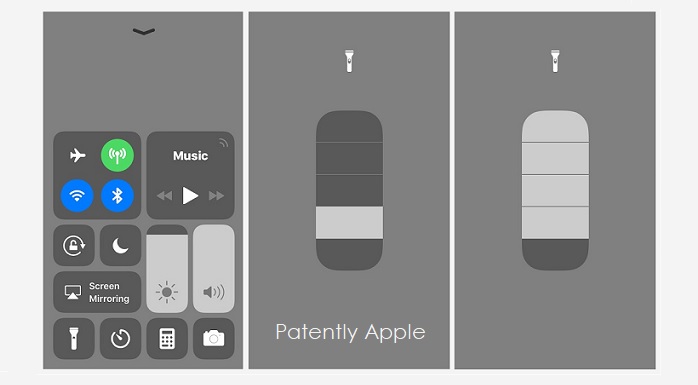 Earlier today Patently Apple discovered two patents in Europe that were published on Wednesday that covered their original filings for 3D Touch. In total there were more than 500 patent figures associated with the lead patent. The patent covers 3D Touch in almost every application from email to Apple Music to multi-page documents to Maps, the Control Center and more.

While Patently Apple has covered the basics of the technology of 3D Touch in a granted patent, the original patents were never found in the U.S to date. The level of detail of the European patent supported by over 500 patent figures make it clear that this invention is important to Apple and one that they wish to protect. Then again a 2016 Samsung patent shows that the copycat is already hard at work developing their own version of the technology that is likely side step Apple's IP.

Below are just a few of the patent figures from one of Apple's 3D Touch patents that was published in Europe on Wednesday. Each example below shows a series of patent figures that illustrate the level of touch intensity. Patently Apple has numbered them in red dots 1, 2 and 3 illustrating different levels of touch unlocking different user interfaces. Further below you'll find Scribd documents covering the entire lot of 513 patent figures along with a second document of the "Description" of the patent that will assist you with matching patent figures with details. 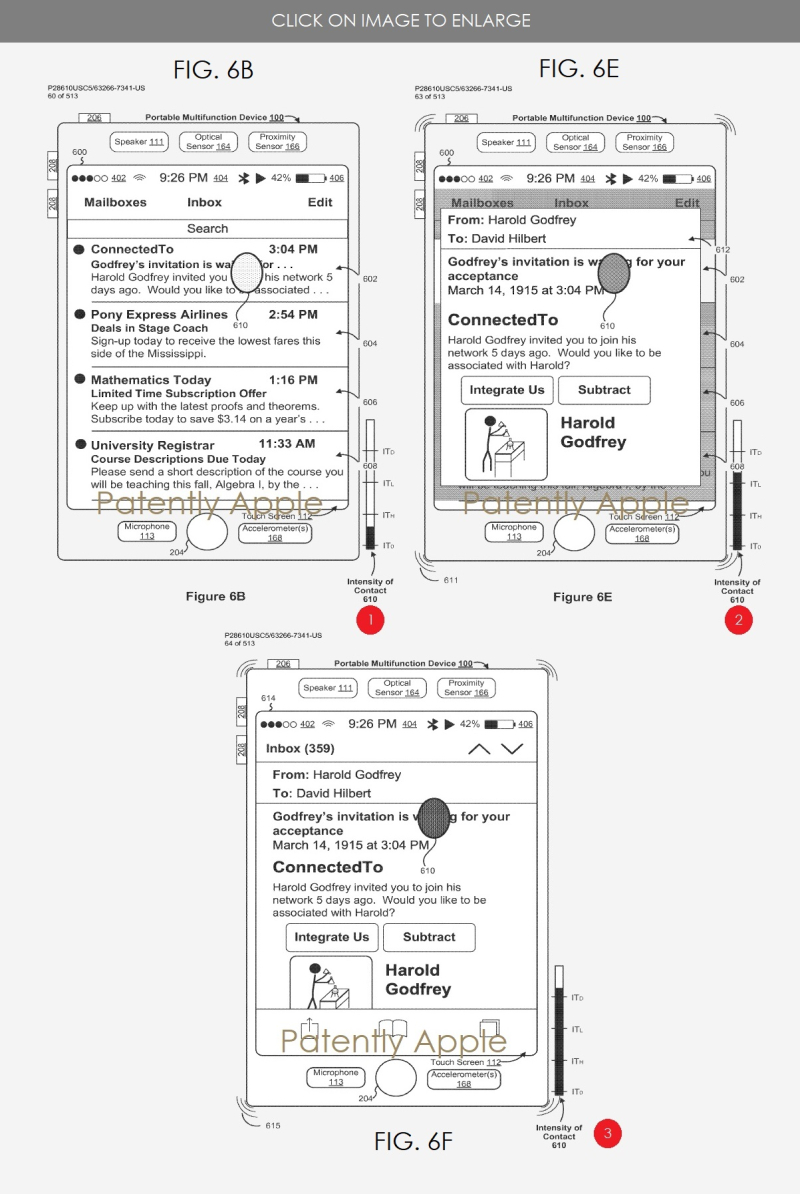 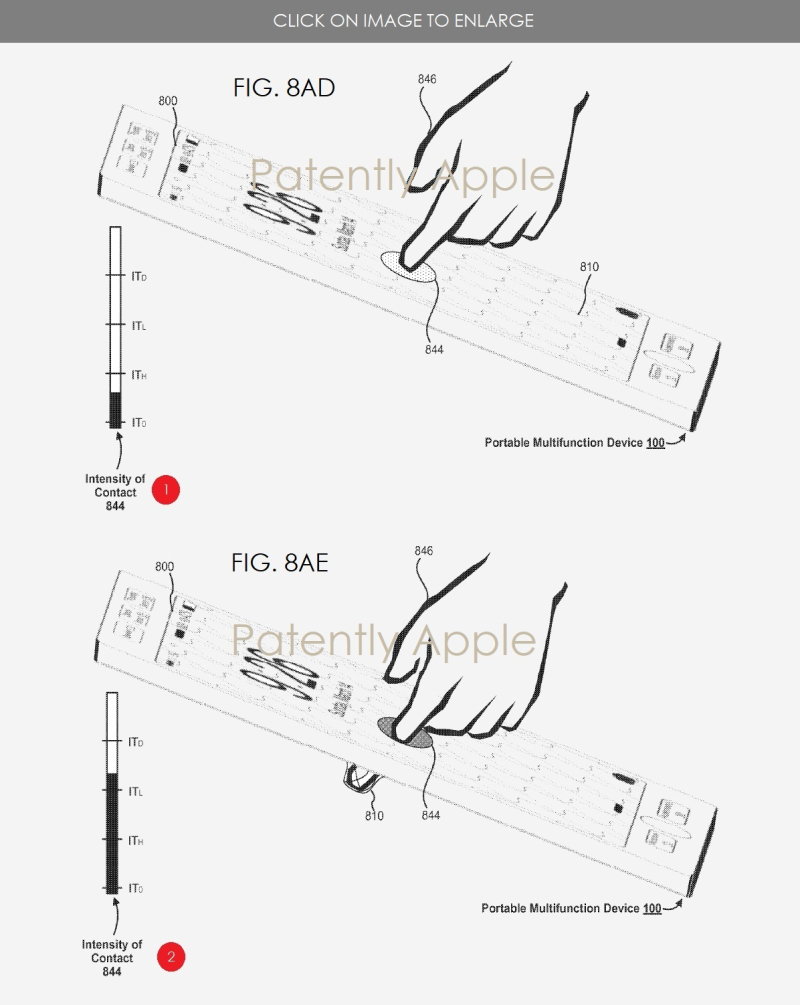 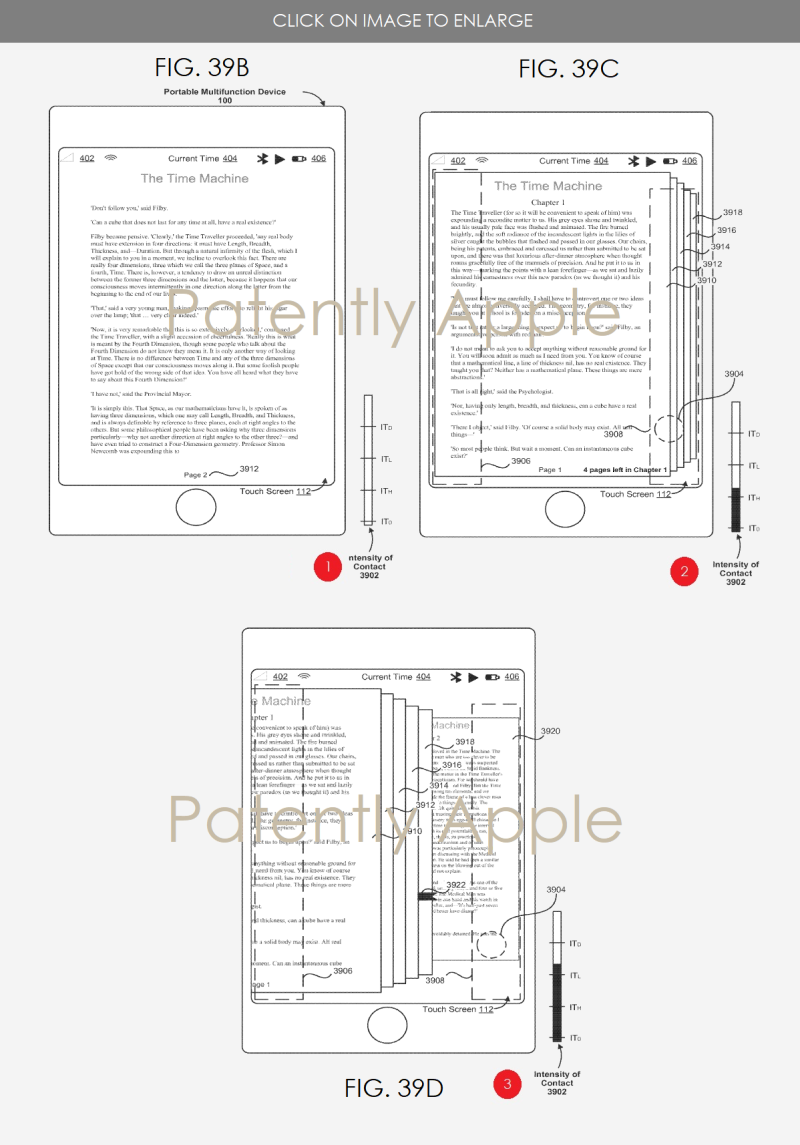 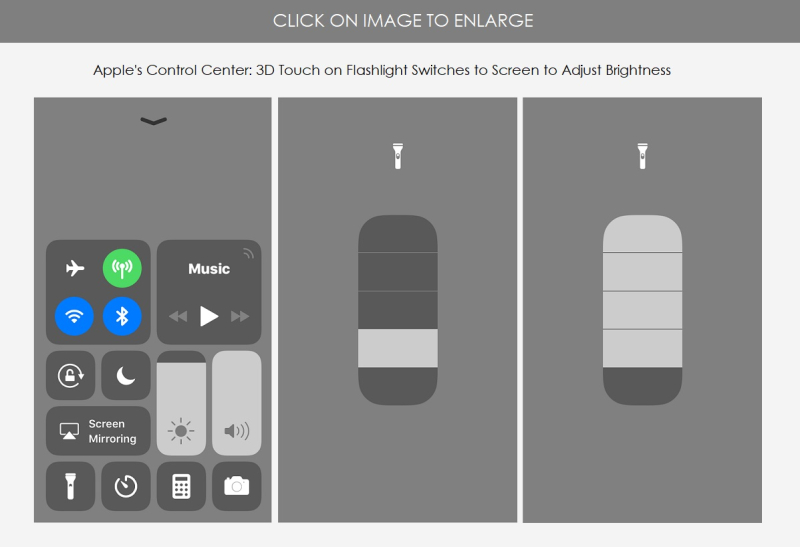 3D Touch is very addictive and it's definitely a "sticky" iOS feature. There's also a lot of room for expansion. For instance, I used Maps this morning and looked up one of the largest malls where I live. Once located on Maps I tried to press harder to activate 3D Touch with no luck. Perhaps in the future, using 3D touch on the mall location will provide with access to an indoor map of the mall where I could hit the Apple Store locator on the map and get to see a live image of the store. Who knows where Apple is going with 3D Touch but it's a great iOS feature to be sure and one that they could continually expand upon.

How would you like to see Apple expand 3D Touch in the future? Send in your ideas below in our comment area.

For those wishing to see more of Apple's patent figures covering 3D Touch, Patently Apple provides you with the Scribd document below.