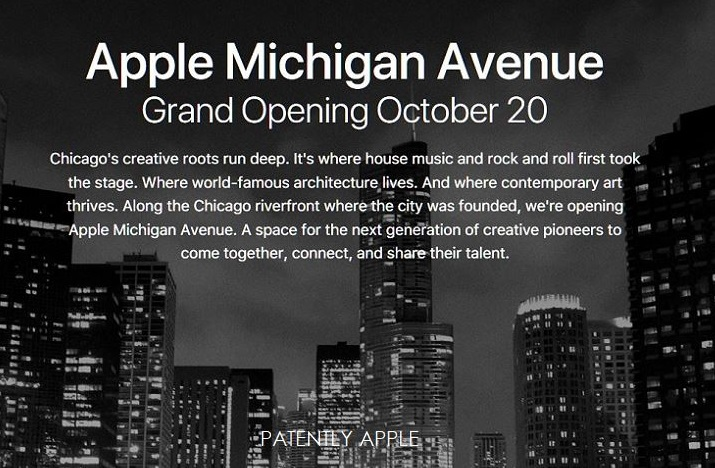 Patently Apple has been closely following the developments with Apple's new Michigan Avenue store that opens tomorrow with a photo of the new building in the evening, from their patent of the building and the news that a realtor has already purchased the store and accompanying tower before opening day and Apple acknowledging the music culture of Chicago. Today Apple published a number of fantastic photos of the store from a number of angles that are must-sees. It's such a unique store design and it's definitely going to be a new tourist attraction for the area around the waterfront.

Every design feature serves to minimize the boundary between the city and the Chicago River. Even the building's 111-by-98 foot carbon-fiber roof was designed to be as thin as possible, and the entire structure is supported by four interior pillars that allow the 32-foot glass facades to remain unobscured. 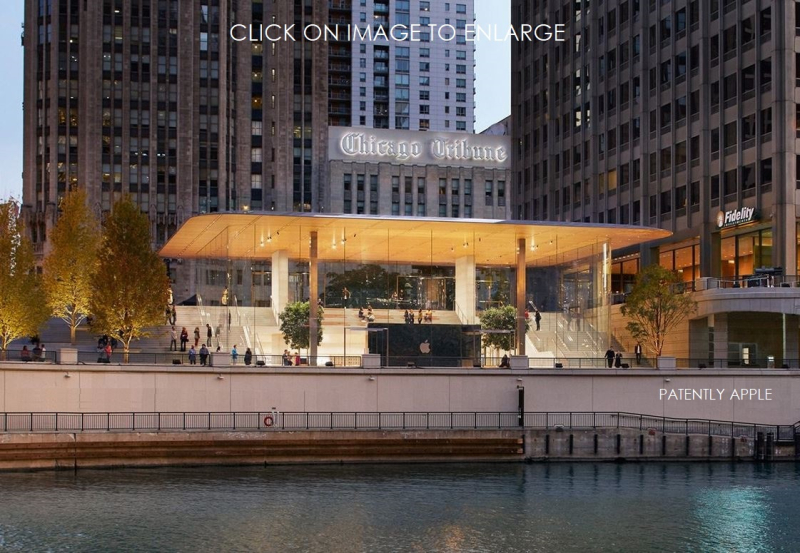 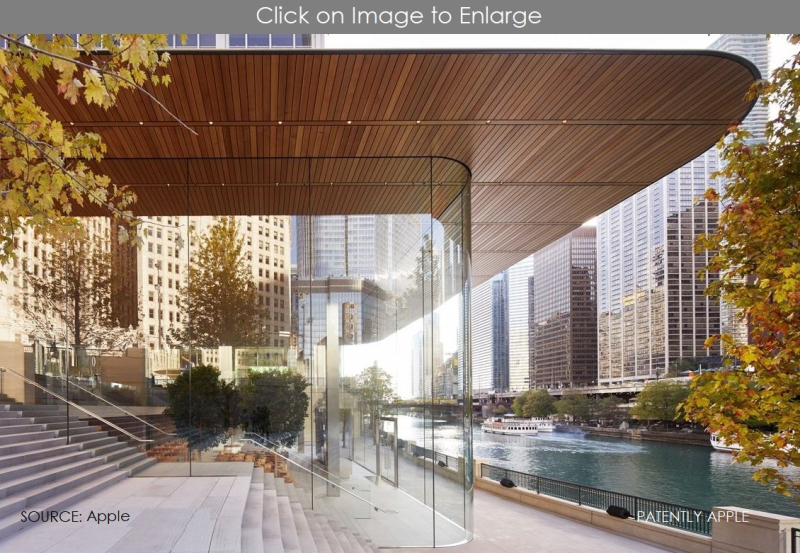 Lower Level of Store not Seen from the Exterior 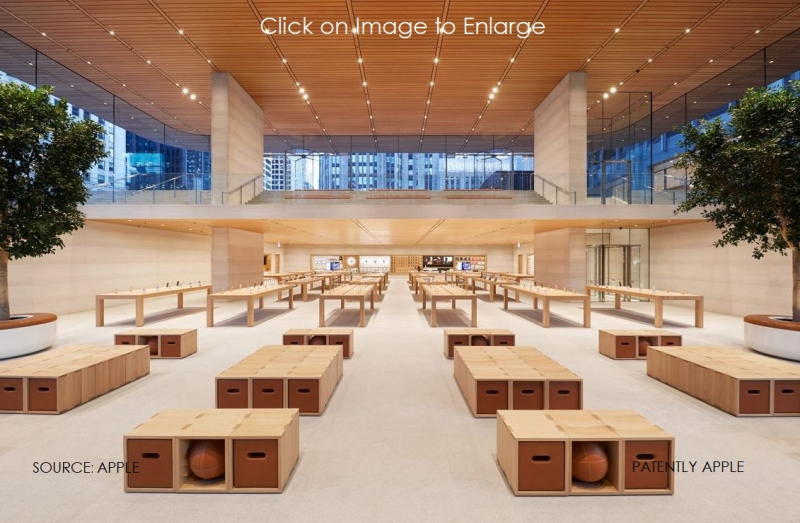 Angela Ahrendts, Apple's senior vice president of Retail shown with the new Chicago store team stated today that "When Apple opened on North Michigan Avenue in 2003, it was our first flagship store, and now we are back in Chicago opening the first in a new generation of Apple's most significant worldwide retail locations. Apple Michigan Avenue exemplifies our new vision where everyone is welcome to experience all of our incredible products, services and inspiring educational programs in the heart of their city. We can't wait to welcome the community for opening weekend, and to launch 'The Chicago Series' with our incredible local partners on Monday."

Jony Ive, Apple's chief design officer added that "Apple Michigan Avenue is about removing boundaries between inside and outside, reviving important urban connections within the city. It unites a historic city plaza that had been cut off from the water, giving Chicago a dynamic new arena that flows effortlessly down to the river."

On Monday, the store will launch the "The Chicago Series," a set of five programs, each with a different area of focus at the intersection of technology and liberal arts, hosted over the course of four weeks. Each program is co-created with local non-profits and creative organizations, and focuses on a theme or project designed to make a positive impact in the community.