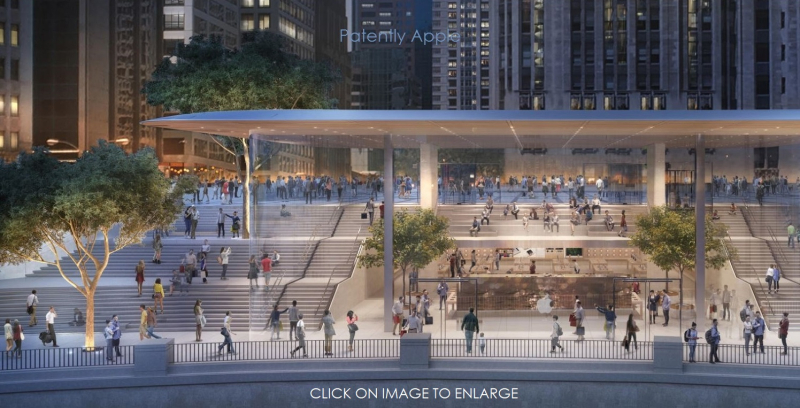 The new Apple Michigan Avenue is scheduled to open this Friday. Today we learn that that the new Apple store has been sold as part of a $360 million deal that includes the 35-story office tower on the same plaza.

The Chicago Tribune reports that "A venture of Walton Street Capital on Oct. 4 completed the acquisition from another Chicago-based firm, Zeller Realty Group, according to Cook County property records. The deal was financed with a $211.4 million loan from Wells Fargo Bank, records show.

Walton Street's plans to buy the property were first reported in May. The sale was completed about two weeks ahead of Friday's scheduled opening of the new Apple store on the north bank of the Chicago River.

The 20,000-square-foot store, whose roof resembles an Apple laptop, will replace the Apple store a few blocks north at Michigan Avenue and Huron Street. Apple had been in that building since 2003. On the consumer side, this news means little and the new  store will have its grand opening on schedule. For more on this story click here.