Apple, the King of the Premium Smartphone, Sells Millions of their new iPhone X in just minutes 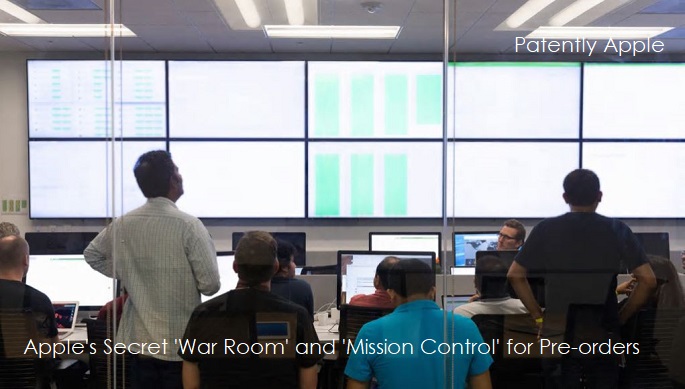 Preorders for Apple's newly announced iPhone was the total focus for the company's "war room" — mission control for a massive one-night retail operation that saw a deluge of sales. Everyone was dressed comfortably for an all-nighter, yellow security bands on their wrists.

At midnight, the war room's server activity chart ticked abruptly from green to red under a flood of incoming iPhone orders as noted in our cover graphic. On the wall, blinking red lights began flashing across a digital world map with a concentrated flurry of activity in China and South Asia.

That was the scene that BuzzFeed's writer Nicole Nguyen painted covering the pre-order night for the iPhone 8.

It was no different this time around for the iPhone X. At midnight California time it was pre-order time for the iPhone X and as expected, the first few million in stock were sold out in under 10 minutes.

Compare that to the Korea Herald splashing a headline in September that the Galaxy Note 8 pre-orders topped 800,000 in about a week. Who's the king of premium smartphones? Well, it's not Samsung.

Apple started taking orders for the $999 smartphone at midnight, California time, on Friday ahead of the device shipping out to customers and retail stores at the end of next week. Just 10 minutes after it first became available, customers placing orders were told they would have to wait as much as four more weeks to receive the device — a sign that initial stock had been rapidly exhausted.

While estimates for the number of iPhone X devices Apple can build over the next few months range widely between 20m to 40m, all analysts agree that the product will remain scarce for longer than most of its predecessors. 'We expect lead times of four to six weeks for the month of November,' said Gene Munster, a seasoned Apple analyst and investor at Loup Ventures. 'We believe the iPhone X will reach global supply-demand equilibrium sometime in the March quarter, or three to four months after launch. Typically it takes two to three months for a new iPhone to reach global supply-demand equilibrium.'"

That's exactly what I wrote in a report on Monday: "It will take until the end of Q1 2018 before real analysis that's meaningful comes to light. Production will be flying for the iPhone X very shortly and then we'll be able to see if iPhones sales are actually up or down over two full quarters."

Apple's premium iPhone X, their 10th anniversary iPhone is off to a great start as expected and that must be very depressing for all of the naysayers around the world who so desperately want Apple's iPhone X to fail. Expect the naysayers to double down with yet more dire headlines and false rumors.

What Apple has, like no other in the industry, are real die-hard fans that the likes of Samsung could only pray for. Two thumbs up for Apple fans who pre-ordered their iPhone last night. You gave the naysayers a black eye to be sure.