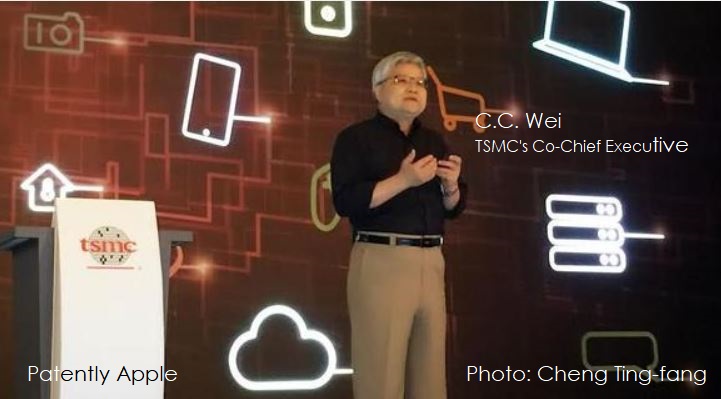 Morris Chang, chairman of Taiwan Semiconductor Manufacturing Company (TSMC), Apple's iPhone processor supplier, will be retiring in 2018. Chang's statement read: "The past 30-odd years, during which I founded and devoted myself to TSMC, have been an extraordinarily exciting and happy phase of my life. Now, I want to reserve my remaining years for myself and my family." Digitimes further noted that Chang said that starting from early June 2018, TSMC will be under the dual leadership of Mark Liu and CC Wei. Liu will be the chairman of the board, while Wei will be CEO. Our cover graphic showing C.C. Wei was part of a May report on top TSMC customers testing out 7nm processors. Patently Apple covered Mark Liu in February talking about cutting edge 5nm processors. The two executives have been the face of TSMC for some time now at special events and giving interviews and the transition of power should be smooth. 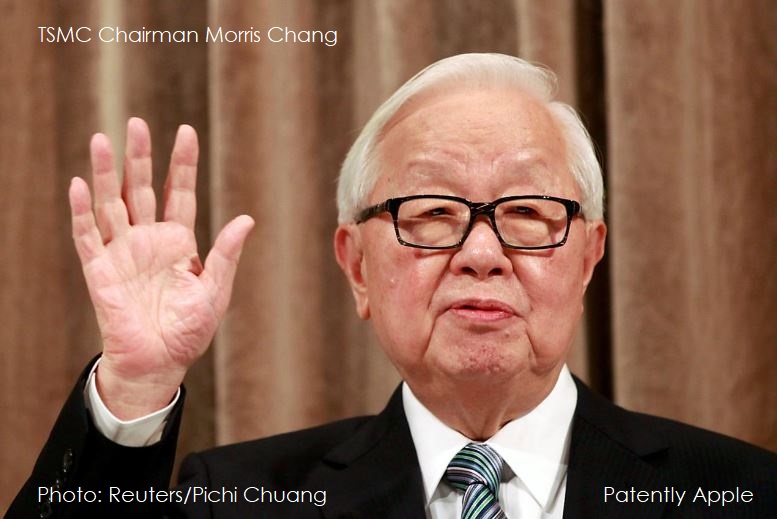