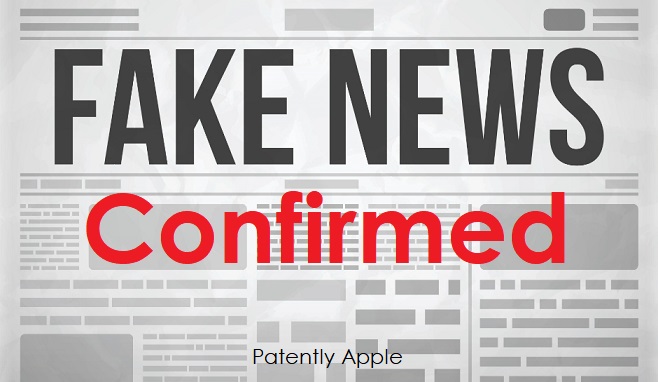 Patently Apple posted a report this morning titled "Bloomberg makes a Serious Charge that Apple is Compromising Face ID to Keep iPhone X production on Schedule." The report was the only one published this morning that stood out and quickly hammered Bloomberg's report. The report also ended with: "My only hope is that one of Apple's executives go public with a clear statement stating that Apple's Face ID has not been compromised to meet a production schedule. That's a serious charge that Apple has to refute and the sooner the better, because why would anyone want to buy the iPhone X if they know that the technology has been compromised?"

Apple indeed responded quickly by sending a statement out to the press stating the following:

"Customer excitement for iPhone X and Face ID has been incredible, and we can't wait for customers to get their hands on it starting Friday, November 3. Face ID is a powerful and secure authentication system that's incredibly easy and intuitive to use. The quality and accuracy of Face ID haven't changed. It continues to be 1 in a million probability of a random person unlocking your iPhone with Face ID.

Bloomberg's claim that Apple has reduced the accuracy spec for Face ID is completely false and we expect Face ID to be the new gold standard for facial authentication."

Could it be any clearer?

I noted in this morning's report that "Bloomberg's latest report is as close to being a hit piece as I've ever seen," and with Apple's quick response, we clearly see that they agreed.