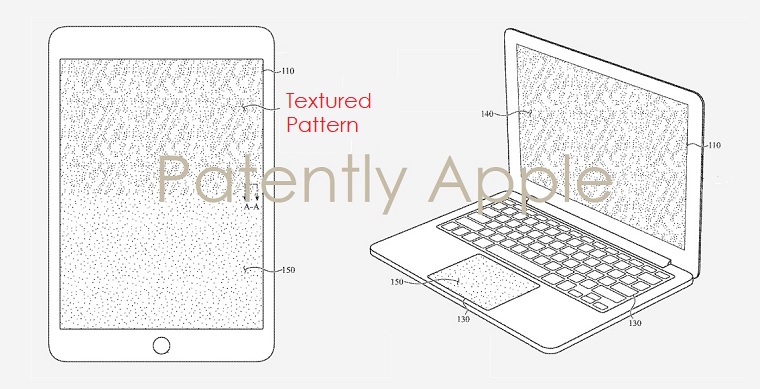 Today the US Patent & Trademark Office published a patent application from Apple that relates to displays having a substrate with a visually imperceptible texture that provides tactile sensations varying with an object contacting the surface. Apple is considering applying a new finish on displays for Macs and iDevices that acts as an added protection layer with a different texture to the glass. The glass may feel smooth to the touch but slightly rougher with a little drag when using it with an Apple Pencil. Whether the slight drag will make the Apple Pencil feel more like writing on paper is never really explored.

In Apple's patent background they note that many electronic devices use an optically clear substrate, such as glass, sapphire or plastic, as a protective cover for a display device, a portion of a device housing, a camera lens or cover, and so on. These optically clear substrates are processed or otherwise manufactured to have a particular type of surface finish.

For example, a matte surface finish diffuses ambient light. However, the brightness, contrast and/or other characteristic of the image output by the display device may be negatively affected by such a surface finish. 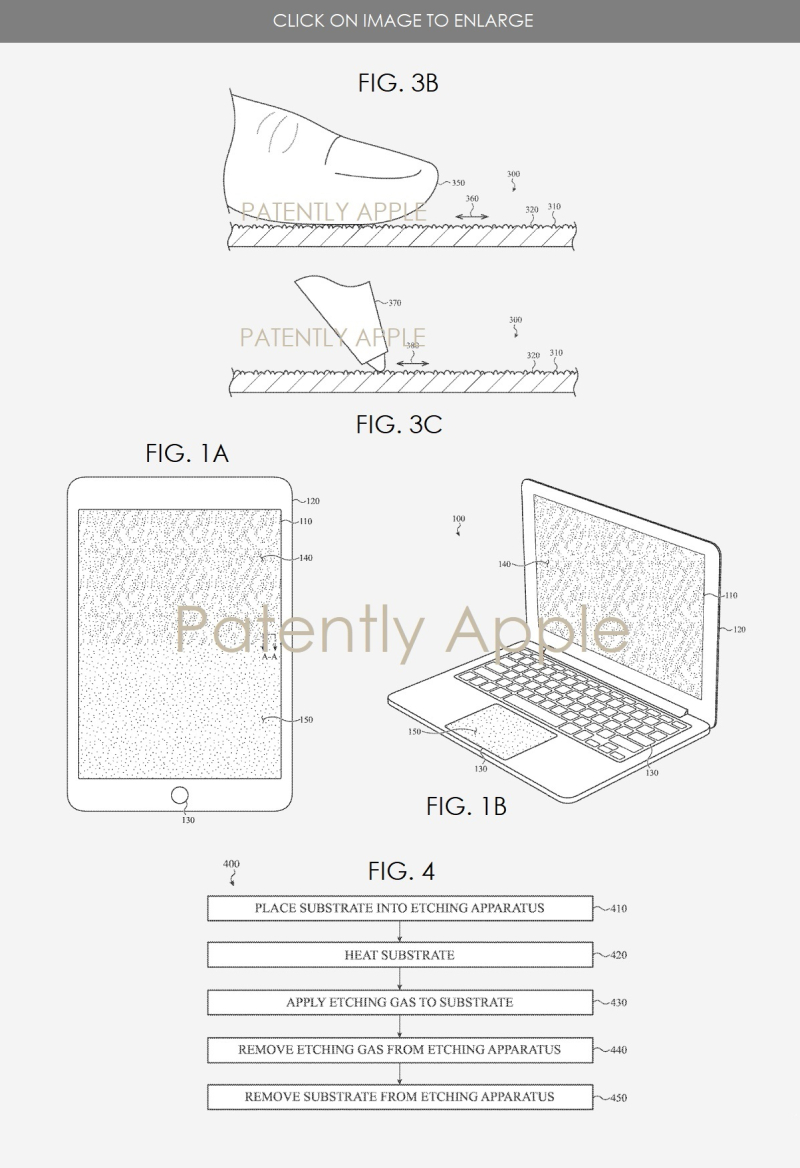 Smooth Touch for Fingers: Apple notes in patent FIG. 3B, that although the textured substrate #300 includes many peaks #310 and valleys #320, the relatively large surface area of the user's finger #350, when compared to the spacing between the peaks and valleys, causes the finger to contact multiples peaks simultaneously. Because multiple peaks are contacted simultaneously, any pressure that may be applied by the peaks to the user's finger is spread out along the entire contact surface area of the finger. As a result, the textured substrate may feel smooth as the user interacts with the textured substrate.