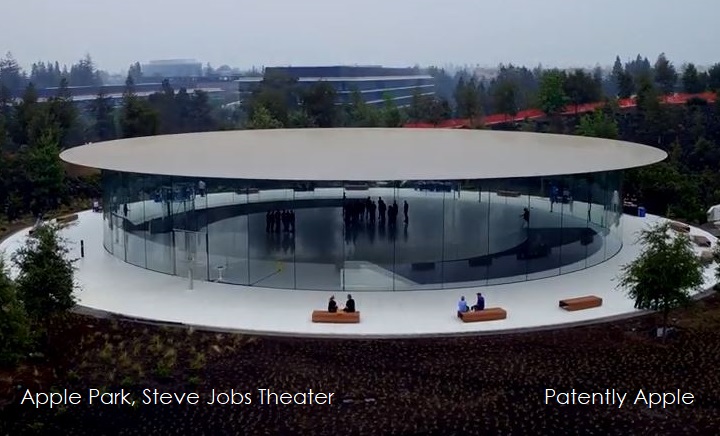 Beyond the minor tweaks of the Steve Jobs Theater, we're now learning that the auditorium itself occupies four underground stories, and to get there, journalists will descend a staircase spiraling down alongside the walls.

It also boasts two custom-made rotating elevators, which turn as they ascend and descend so that passengers enter and exit by the same door even as they go in and out from different directions. So far, so Apple—the more elegant single door, with its complex engineering, preferred to the more obvious double-door solution.

Once CEO Tim Cook and his cohorts finish showing off the new iPhones, Apple Watch and TV onstage, a surprise will await the departing attendees. An inside wall, which obscures a hollow space below the floating saucer, will retract to reveal the product demonstration room, according to someone with knowledge of the design. For fellow Brits: think the Thunderbird 3 launchpad underneath Tracy Island's circular pool house.

Apple Park is intended as founder Jobs's final legacy, and its opening a decade after the first iPhone comes at a juncture when Apple seems to be slowly pivoting toward its next act. The developer kit for augmented reality apps that was released in June may prove to be the foundation stone for a concerted push into AR with smart glasses. You could learn more about this story here.

If we're lucky, Apple may provide Apple fans around the world with either a live or video tour of the new facility and that will be a lot of fun to see before the big event unfolds revealing their new iPhones and more.