It's Circus Time: Apple Competitors race to discredit the coming iPhones as behind the Curve & Late to Market 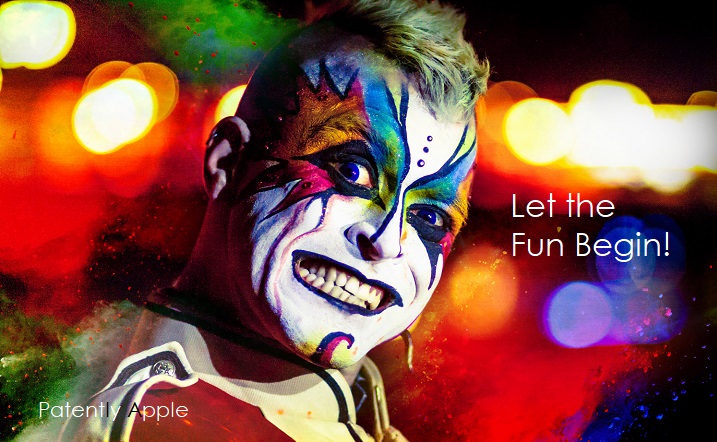 The Asian press is obsessed about reporting that the iPhone X will ship late as if that's a failure rather than a strategic move on Apple's part. While the iPhone 8 will be on track to ship in September, it's special anniversary iPhone that will debut with the latest features such as a larger OLED display and 3D facial recognition may begin sales later in the quarter.

Apple may very well want to ship in late November so that sales spill over to calendar Q1 to provide Apple with a strong fiscal Q2 report and to counter Samsung's Galaxy S9 that debuts in calendar Q1. South Korea's publication The Bell reports that the S9 may even debut well ahead of the Mobile World Congress trade show in late February.

A new report published today by the Korea Herald notes that "Korean parts suppliers for Apple's first OLED iPhone are said to have started their shipments just recently, hinting at the phone's delayed launch no earlier than November.

'We started our shipments from late August,' an official from a local Apple supplier told The Investor on condition of anonymity on Sept. 4. He said his firm usually ships parts for Apple in the initial phase of the supply chain, declining to further elaborate.

'Apple has not yet informed us the exact supply volume as it was still fine-tuning hardware specifications for the OLED iPhone until last week,'" he added.

The anniversary iPhone could be in the process of being fine-tuned, but that's only seen as a negative if you're a publication that supports Samsung. Though between now and Apple's keynote on September 12, I fully expect there will be all kinds of propaganda surfacing in the hopes of dampening the iPhone's effect on the market.

Most of Apple's competitors are saying that they have a better smartphone than Apple's iPhone 8. Xiaomi is even planning the release of their new Mi smartphone on September 11 so as to get ahead of Apple's big day. As if that will matter to a single Apple fan around the world.

Huawei got the news out yesterday that their new smartphone launching later in the year will have a new dedicated AI chip. Richard Yu, chief executive of Huawei's consumer business said in an interview during the annual IFA consumer electronics fair in Berlin that "Compared with Samsung and Apple, we have advantages. Users are in for much faster (feature) performance, longer battery life and more compact design."

Yet the reality is that the new Huawei processor is perhaps more of threat to Qualcomm that powers the majority of Android phones than it is a threat to Apple.

In the bigger picture, keep in mind that Apple's chip supplier TSMC has hinted that specialty AI and AR chips will be covered by 7nm processors debuting sometime in the 2018 or 2019 timeline. So it's not like Huawei will have much of a lead on that front.

In the end it's just expected carnival noise that will make it all the more fun when Apple's new iPhones once again take out their competitors at the premium level like a perfect bowling ball strike.