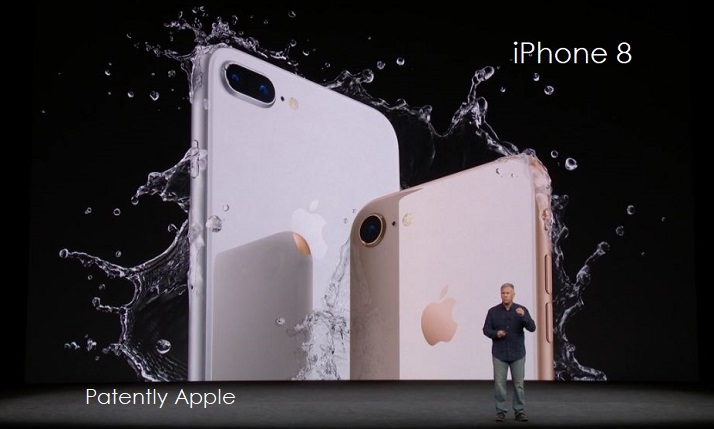 The new Apple iPhone 8 Plus, equipped with 64 gigabytes (GB) of NAND flash memory, carries a bill of materials (BOM) cost that comes out to US$288.08 higher than any previous versions of the company's smartphones, according to a preliminary estimate from IHS Markit, a world leader in critical information, analytics and solutions.

Before we begin, it should be acknowledged that the following information is considered a broad overview as IHS doesn't have access to the actual material prices that Apple is currently paying for iPhone 8 materials. Yet the IHS report can provide us with an industry estimate based on volume pricing that is published from various company's in Apple's supply chain.

"The higher total BOM cost for the iPhone 8 Plus can't be tied to a single area or feature. The higher cost is the result of slower annual component cost erosion tied in with additional features," said Andrew Rassweiler, senior director of cost benchmarking services for IHS Markit. "From a teardown perspective, the biggest cost adders would be the increased NAND flash memory content and new wireless charging components."

Like the iPhone 7 Plus, the iPhone 8 Plus features a 5.5-inch Full HD display, an aluminum frame and hardened glass. This year's model features wireless charging, hence the aluminum uni-body design was abandoned for a more traditional glass back. The iPhone 8 and 8 Plus are available in silver, space gray and rose gold.

The introduction of the iPhone 8 and 8 Plus comes at a time when the major smartphone makers are in a fierce battle for market share. According to the IHS Markit Smartphone Model Market Tracker for Q3 2017, the top three smartphone makers are Samsung, with 23 percent of the market; Apple, with 12 percent; and Huawei with 11 percent.

"The new iPhone 8 and 8 Plus, and later the iPhone X, are important devices for Apple and anticipation is running high. Apple's shipments for the last quarter were flat year-on-year and Samsung's Galaxy S8 devices have been successful in the high-end pricing segment, creating a competitive environment," said Gerrit Schneemann, senior analyst for mobile handsets. "The iPhone X stands to further confirm Apple's grip on the premium pricing tier when it becomes available in November."

One of the main upgrades for the iPhone 8 and 8 Plus is a new proprietary six-core, 64-bit A11 Bionic chip, which is manufactured using a new 10nm process. The new chip means the phone runs about 30 percent faster than last year's A10 CPU, runs more efficiently at half the power, and the battery life is prolonged. The chip is powerful for a phone of this size, and used to push the phone's augmented reality (AR) experience.

Apple is putting Artificial Intelligence (AI) to use in the updated the iPhone Plus camera. Special neural engine in A11 Bionic chip enables a host of computational photography capabilities in the portrait mode on the iPhone 8 Plus.

For the first time, all six cores of the CPU cluster can be activated at once to crush through operations. The A11 Bionic also features an all-new Apple designed tri-core GPU that boasts 70 percent better graphical performance than its predecessor.

The iPhone 8 series will not feature an edge-to-edge OLED display as expected in the iPhone X. The new iPhones will carry the same LCD displays as in years past but with new support for HDR rendering giving video content higher dynamic range and visual quality.

The iPhone 8 series are the first Apple smartphones to support wireless charging, allowing the phones to be charged by placing them face up on a special mat or tabletop. Wireless charging is typically slower than corded charging, and requires a plastic or glass back, which can make the phones more fragile.

The iPhone 8 and 8 Plus have new sensors, with lenses featuring f1.8 and f2.8 apertures – brighter than the 7 Plus telephoto – in the iPhone 8 Plus. It also has new color filters. Studio lighting includes dropping the background out completely to black.

The cameras have been calibrated for AR, and the A11 Bionic chip is also optimized for AR. Gamers will like the spatial audio with sound occlusion from digital objects in the games, creating a more realistic virtual world. Slow-motion video capture at 1080p is also smoother, at 240 frames per second – double from last year.

"From our BOM analysis, we can see that Apple invested heavily in the camera capabilities of the iPhone 8 Plus due to the increase in component costs," said Wayne Lam, principal analyst, mobile devices and networks for IHS Markit. "Based on these investments, we expect improvements not only in the optics in the dual camera module, but also in computationally intensive requirements of the portrait lighting capture feature that rely on the graphical horsepower and neural engine (AI) of the A11 Bionic chip."