The U.S. Patent and Trademark Office officially published a series of 36 newly granted patents for Apple Inc. today. In this particular report we cover Apple's patent titled "Ultrasound-based force sensing and touch sensing." Patently Apple first covered this as a patent application back in February 2016. The patent was filed in 2015, the very year that Apple introduced 3D Touch with iPhone 6S. The timing of Apple's 3D Touch and Apple's patent for ultrasound based touch would suggest that this is a patent fulfilled for 3D Touch rather than something yet to come. Ultrasonic based force sensing was to provide force touch with a new multi-level ability which Apple's 3D Touch executes to the letter. While the patent may be describing an alternative methodology of achieving 3D touch, the fact is that 3D touch is its goal and nothing more according to Apple's patent claims. 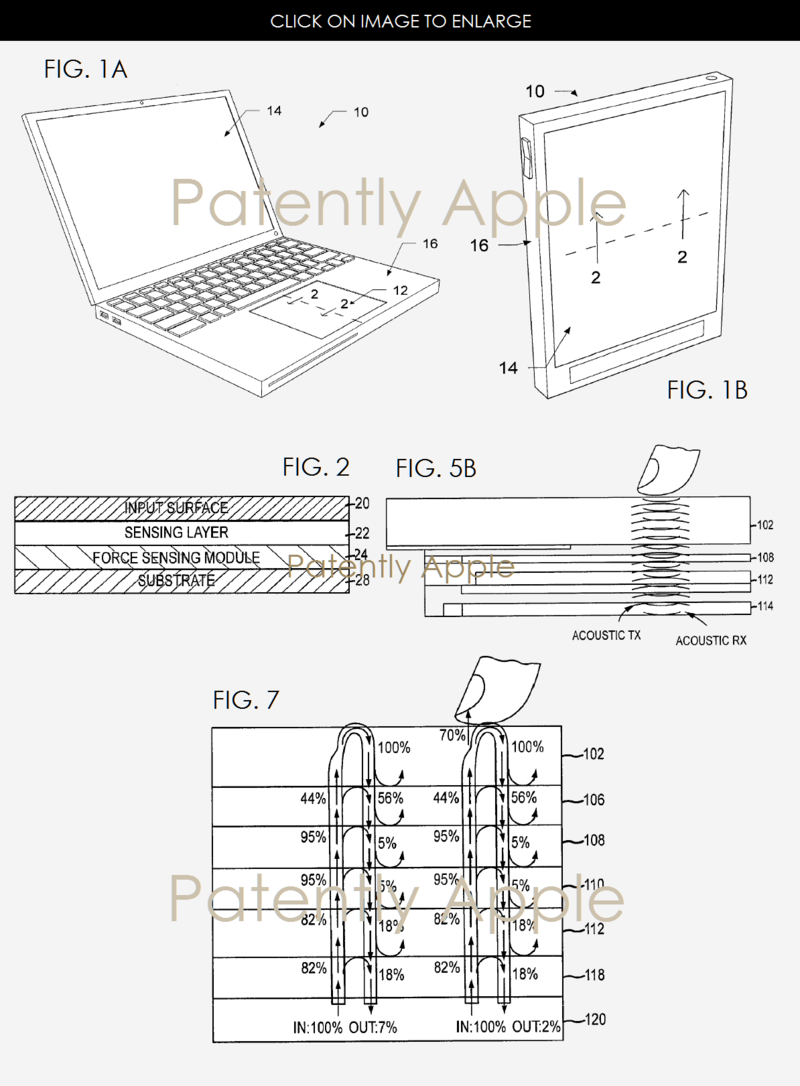 Apple's granted patent 9,772,721 was originally filed in Q2 2015 and published today by the US Patent and Trademark Office.