Home Archives Contact Us Subscribe Twitter MeWe Facebook Patently Mobile
Why can't an Android Phone Update Itself? This is one of the Questions that Google Intends to Answer on October 4th
Ad Groups send an Open Letter to Apple Objecting to the new "Intelligent tracking prevention" Setting in Safari 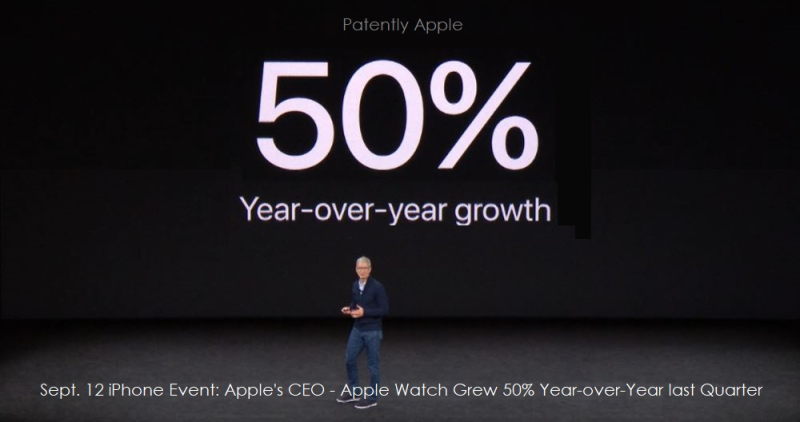 Before introducing the new Apple Watch Series 3, Apple's CEO announced to the audience that the growth of Apple Watch was over 50% last quarter. Cook added that while Apple Watch was the number two watch in the world last year, today it is the leading brand in the world, ahead of Rolex, Fossil, Omega, Cartier and others. This is an amazing achievement that most are not aware of. And now that Apple Watch will be able to double as a phone, it's going to be a killer device this Christmas.

The better news is that today smartwatches hold a little more than 50% of the wearables market and by 2021 it's being forecast to grow market share to over 66%. That translates into the Apple Watch having a lot more room to expand into over the next several years.

The report further noted that "lesser-known wearable products, such as clothing and earwear, will experience market-beating growth in the years to come," and we know that Apple has been eyeing this future market for some time now. In fact, Patently Apple posted a major smart fabrics report on August 31st titled "Three Major Smart Fabric Patents Surfaced today Focusing on Smart Clothing, Wearables & Future Devices." 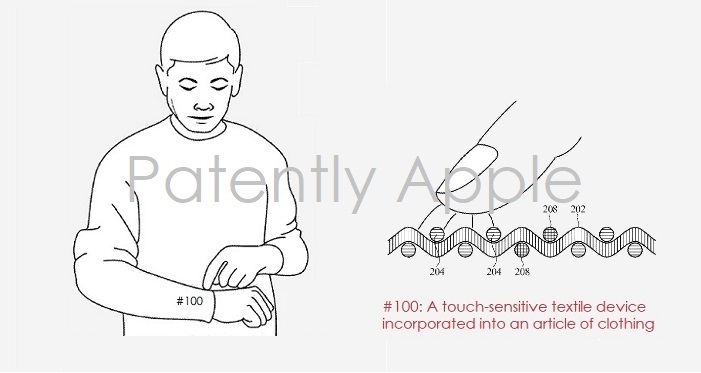 The IDC report added that "Watches, encompassing both smartwatches (capable of running third-party applications) and basic watches (which do not run third party applications), will comprise the majority of wearable devices throughout the forecast. Apple and Android Wear will drive the market forward, but the market will also see new entrants running on their own proprietary operating systems (i.e., Fitbit's own Java-based operating system and Garmin's Connect IQ)." 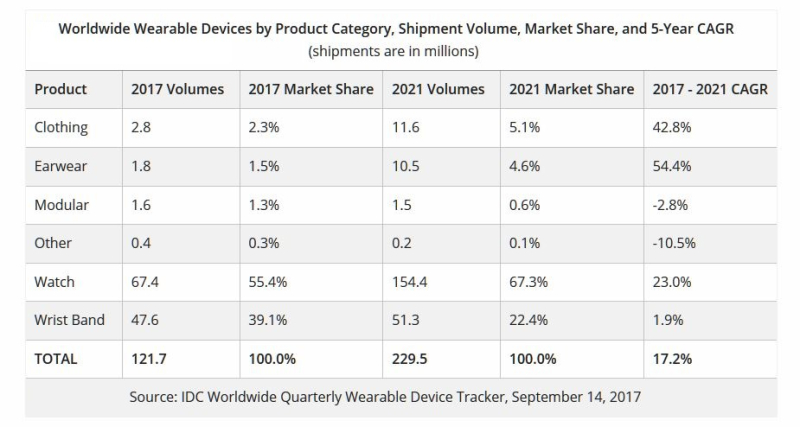 To get an overview of the wearables market for the next few years, check out IDC's latest report titled "Growth in Wearables Shows No Signs of Wearing Out with Double-Digit Gains Forecast Through 2021," here.