Home Archives Contact Us Subscribe Twitter MeWe Facebook Patently Mobile
Apple Patent Reveals Possible Future use of Biometrics for the Apple TV Remote that Works with HomeKit & more
Foxconn says their Bid for Toshiba is not a Chinese Deal as Apple would own 20%, Kensington 20%, Sharp 15% 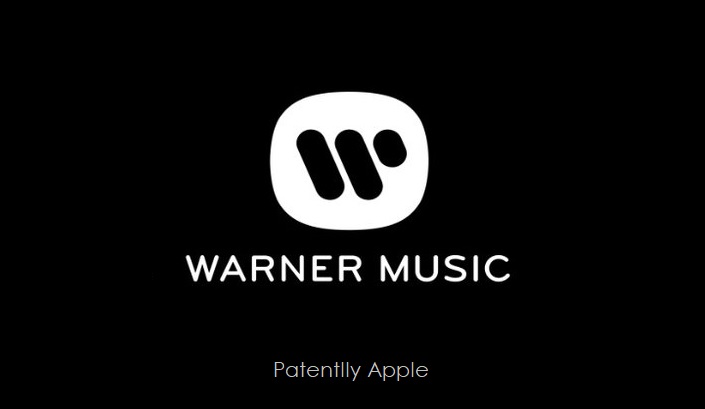 A new report last night claims that Apple has secured a deal for songs from Warner Music Group, the technology giant's first agreement with a major label since introducing its on-demand music service two years ago, according to people familiar with the matter. Apple is also close to a deal with Sony Music Entertainment.

Bloomberg reports that "Warner will provide Apple a catalog spanning Ed Sheeran, the Red Hot Chili Peppers and Bruno Mars for both iTunes, the online store, and Apple Music, the streaming service. Apple plans to pay record labels a smaller percentage of sales from Apple Music subscribers than it did under its first deal for the streaming service, the people said, asking not to be identified discussing private information.

Large technology companies and music rights holders are establishing a framework this year for how to share proceeds from on-demand streaming, now the dominant source of sales for the record business in the U.S. Music rights holders are willing to accept a slightly smaller share of the sales from on-demand services, provided those services continue to sign up paying subscribers at a high rate."

The report further noted that "Sony Music Entertainment, owner of the second-largest record label, is also on the verge of a deal with Apple, one of the people said. A deal between Apple and Universal Music Group, owner of the top label, is further off."

On another front, Variety reported last night that Apple has recruited four more TV executives to their growing bench of talent for its future Apple TV service that will compete with Netflix and Amazon's Prime.