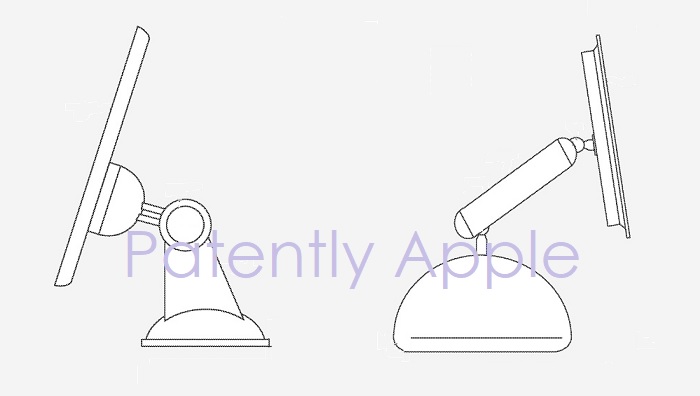 On Thursday the US Patent & Trademark Office published a patent application from Apple that relates to electronic devices that use a dynamic or variable threshold to detect a force input. Today Apple's Force Touch used on iDevices is generally stable because it's being held by a user or it's resting on a stable surface. The same is true for Force Touch on a MacBook touch pad because the force is being directed downward on a stable table or surface. In this current patent filing Apple's engineers have reinvented Force Touch for devices that can be affected by too hard a push on the display.

Apple's engineers envision Force Touch being applied to a future MacBook display and therefore must readjust the threshold of force touch in such a scenario so as to avoid toppling the MacBook.

In another scenario, Apple engineers envision a future stationary magnetic-based iPad stand that would simply slide backwards on a desk or table if used with the current form of Force Touch. So once again, the thresholds have to be reset to keep the stand stable when using Force Touch. The same is true for a future desktop using a touch display.

Considering that the patent was filed well after Apple's debate over gorilla arm, it's clear that they've decided to have a backup plan for the future. 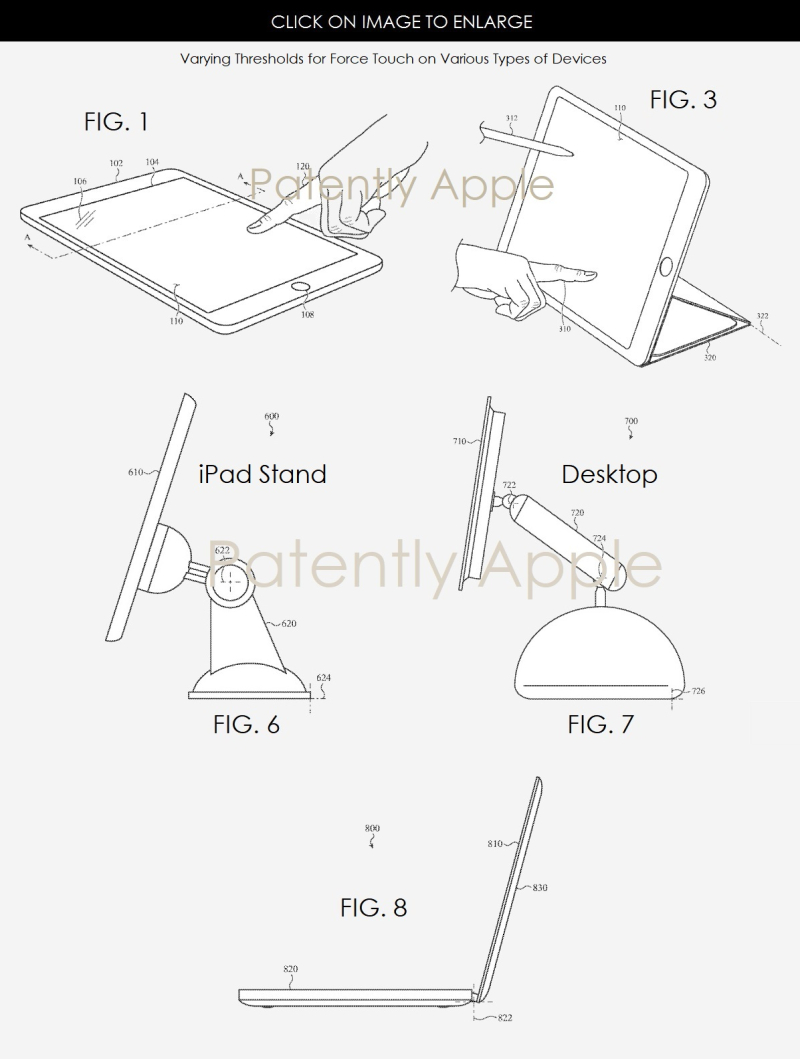 More specifically, Apple notes in their summary that their invention generally relates to an electronic device having a touch-sensitive surface or region that is configured to receive force-based user input. In particular, the device may include one or more force sensors that are configured to detect a touch that exceeds a predetermined force threshold.

The device may be configured to initiate or generate a press-event signal in response to a touch that exceeds the force threshold, which may be interpreted as user input by the device or operating system.

In some embodiments, the force threshold is dynamically adjusted in response to a detected or estimated stability condition in order to prevent tipping or undesirable movement of the device. By dynamically adjusting the threshold, touch user input for the device may be optimized for use with a particular mounting accessory or support configuration. In some cases, multiple sub-regions may be defined over the touch-sensitive surface, each sub-region having a different force threshold.

This is illustrated in patent FIG. 10 below which shows the iPad having multiple sub-regions defined over a touch-sensitive surface; in FIG. 12 we're able to see an example process for dynamically adjusting a force threshold on a computing device display. 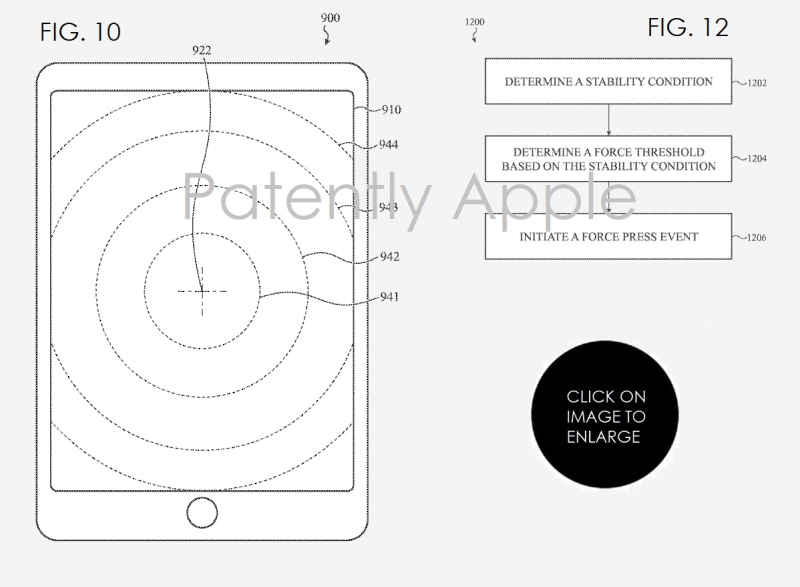