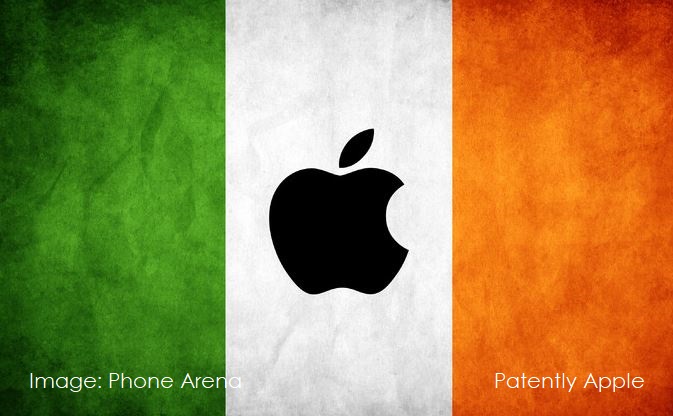 On August 11th Patently Apple posted a report titled "Ireland close to a deal with Apple over holding Billions of Euros during the EU Tax Ruling Appeal Process," followed by a report on August 16th titled "Ireland's Fiery Finance Minister Clearly Stated that the EU's Demand for Back Taxes from Apple is Unjustified." Today we're learning that Apple and Ireland will choose the investment managers that will take care of holding Apple's billions in an escrow account until Apple has exhausted all of its legal appeals with the EU Courts.

Bloomberg reports that the The fund will be "invested in low risk, fixed income securities, with the principal investment objective being to preserve capital to the extent possible in light of prevailing market conditions,' the Irish debt office, which is managing the process, said in Dublin on Wednesday, as it sought expressions of interest to manage the cash."

If Apple's appeal, which could take as long as five years, is successful, the money will be returned to Apple. Ireland had sought an indemnity to make sure it isn't liable for any drop in the value of the fund while the case winds its way through the EU courts. Apple's role in choosing the fund managers could be one compromise to help resolve that issue.