One of the little known features coming to macOS High Sierra and iOS 11 is called "Intelligent tracking prevention" that is reportedly made possible due to Apple's greater use of machine learning in the updated version of Safari. Apple's SVP of Software Engineering made this feature known during the WWDC conference held back in June. Federighi noted that "When you go to buy something, suddenly everywhere you go on the web it follows you around. It kind of feels like you're being tracked - and that's because you are."

While Safari and macOS already block third-party cookies by default, the new settings add greater control over website tracking. More specifically, Safari will use machine learning to identify trackers, segregate the scripting data, and in Federighi's words "put it away so your browsing history is your own." 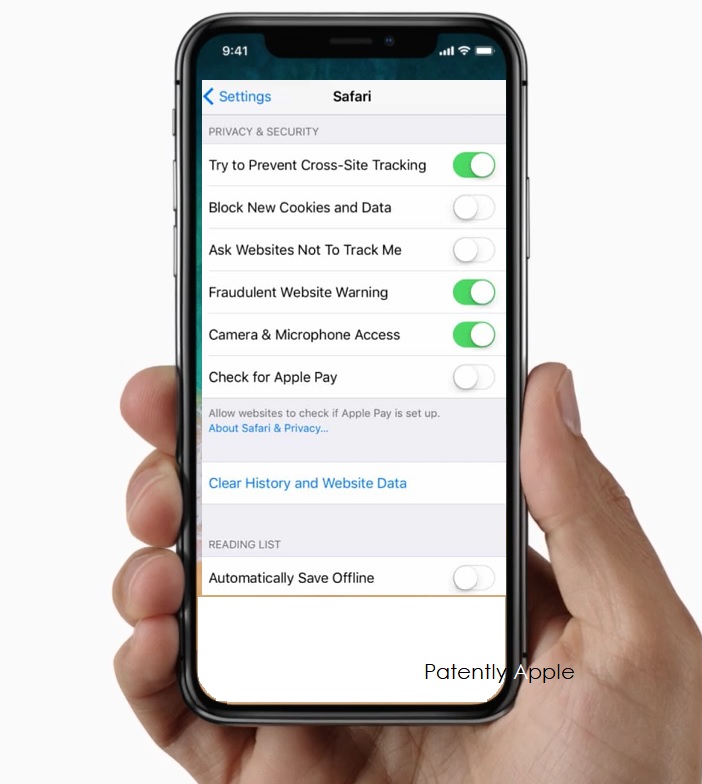 To me, security and privacy are important priorities and that's really a strong suit of Apple's. I really appreciate that iOS 11 will give me better control of my privacy as noted in the screenshot of what iOS 11 will bring to the table starting on September 19th.

While most Apple fans will appreciate that level of controling cookies and having Safari in iOS 11 use machine learning to identify trackers, segregate the scripting data, and put it away so your browsing history is your own. But there's a group that not very happy at all.

Adweek reported today that "In an open letter expected to be published this afternoon, the groups describe the new Safari standards as 'opaque and arbitrary,' warning that the changes could affect the 'infrastructure of the modern internet,' which largely relies on consistent standards across websites. The groups say the feature also hurts user experience by making advertising more 'generic and less timely and useful.'

Six trade groups—the Interactive Advertising Bureau, American Advertising Federation, the Association of National Advertisers, the 4A's and two others—say they're 'deeply concerned' with Apple's plans to release a version of the internet browser that overrides and replaces user cookie preferences with a set of Apple-controlled standards. The feature, which is called 'Intelligent Tracking Prevention,' limits how advertisers and websites can track users across the internet by putting in place a 24-hour limit on ad retargeting."

Why oh why would consumers want to allow tracking to go on beyond 24 hours after visiting a website?

Adweek's writer Marty Swant was good enough to publish the text of the full open letter written by the Data and Marketing Association and the Network Advertising Initiative as noted below.

The Open Letter in Full

An Open Letter from the Digital Advertising Community

The undersigned organizations are leading trade associations for the digital advertising and marketing industries, collectively representing thousands of companies that responsibly participate in and shape today's digital landscape for the millions of consumers they serve.

We are deeply concerned about the Safari 11 browser update that Apple plans to release, as it overrides and replaces existing user-controlled cookie preferences with Apple's own set of opaque and arbitrary standards for cookie handling.

Safari's new "Intelligent Tracking Prevention" would change the rules by which cookies are set and recognized by browsers. In addition to blocking all third-party cookies (i.e. those set by a domain other than the one being visited), as the current version of Safari does, this new functionality would create a set of haphazard rules over the use of first-party cookies (i.e. those set by a domain the user has chosen to visit) that block their functionality or purge them from users' browsers without notice or choice.

The infrastructure of the modern Internet depends on consistent and generally applicable standards for cookies, so digital companies can innovate to build content, services, and advertising that are personalized for users and remember their visits. Apple's Safari move breaks those standards and replaces them with an amorphous set of shifting rules that will hurt the user experience and sabotage the economic model for the Internet.

Apple's unilateral and heavy-handed approach is bad for consumer choice and bad for the ad-supported online content and services consumers love. Blocking cookies in this manner will drive a wedge between brands and their customers, and it will make advertising more generic and less timely and useful. Put simply, machine-driven cookie choices do not represent user choice; they represent browser-manufacturer choice. As organizations devoted to innovation and growth in the consumer economy, we will actively oppose any actions like this by companies that harm consumers by distorting the digital advertising ecosystem and undermining its operations.

We strongly encourage Apple to rethink its plan to impose its own cookie standards and risk disrupting the valuable digital advertising ecosystem that funds much of today's digital content and services. [end of letter]

If you have an opinion either way on this matter, please share it with us in the comment area below.