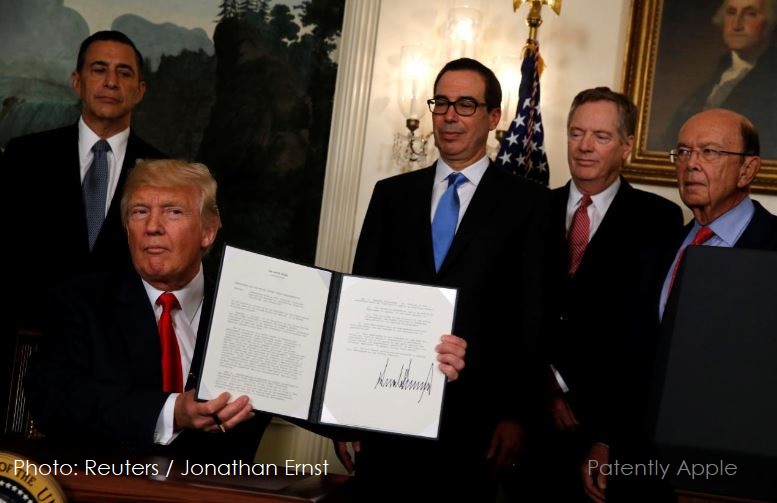 Reuters photo captures President Donald Trump authorizing an inquiry on whether to investigate China's alleged theft of intellectual property, the first direct action by the White House against a country Trump has painted as the U.S. chief trade villain.

U.S. Trade Representative Robert Lighthizer will have a year to look into whether to launch a formal investigation of China's trade policies on intellectual property, which the White House and U.S. industry lobby groups say are harming U.S. businesses and jobs.

Trump dubbed the inquiry "a very big move" and experts on China trade policy said the long lead time could allow Beijing to discuss some of the issues raised by Washington without being seen to cave to pressure under the threat of reprisals.

Trump administration officials have estimated that theft of intellectual property by China could be as high as $600 billion. For more on this read the full Reuters report here.