Home Archives Contact Us Subscribe Twitter MeWe Facebook Patently Mobile
A Jam Packed Week with Announcements from Intel, Google and Samsung Kick Starts with the Great American Solar Eclipse
Apple's new Facial Recognition Scanner will be able to Deeply Sense a user's Face in the Millionths of a Second 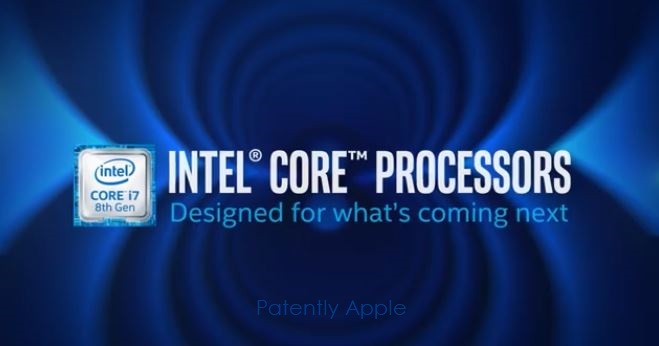 As we reported yesterday, Intel will be holding a live streaming event this morning at 8:00 a.m. PDT to introduce their eighth generation Core processors and they're already releasing some pre-show marketing materials such as the video noted below.

Intel's SVP and general manager of their Client Computing group wrote on his blog today that "The pace of innovation in the tech industry never ceases to amaze me. If you go back even five years, a 'thin' laptop was still more than 20 mm, 4K content was only starting to take off and Oculus was kicking off its Kickstarter campaign. Compare that with today: Laptops are less than 11 mm, 4K content is pervasive and, with the advent of Windows Mixed Reality, VR is being baked right into the operating system people use every day."

Intel will start rolling out their 8th Gen family today, beginning with a range of mobile processors designed specifically for sleek thin and light notebooks and 2 in 1s.

This new mobile family sets the bar for outstanding performance, including a boost of up to 40 percent gen over gen1, and that jumps to 2x2 if you compare it with a 5-year-old machine. This is all thanks to the new quad-core configuration, power-efficient microarchitecture, advanced process technology and a huge range of silicon optimizations. These improvements also open the door to richer, more immersive entertainment, and an experience that is optimized for simplicity. The best part? We've been able to do all of this without compromising battery life. In fact, you will be able to get up to 10 hours of 4K UHD local video playback on a single charge.3

The first wave of 8th Gen Intel Core processor-powered devices featuring i5/i7 processors will come to market beginning in September, and we expect more than 145 designs to choose from.

But that's just the beginning. 8th Gen Intel Core processors will continue to roll out through the coming months, with the first desktop processors coming in the fall, followed by processors for enterprise customers and a broad range of other options purpose-built for different segments. The 8th Gen family will even include some of our first 10 nm products.

Below is a list of processors that may debut this morning. The list may also be expanded.

Before Intel's presentation even begins, Samsung is announcing their new notebook called the 'Notebook 9 Pen' using Intel's new 8th-Gen Core i7 processors. The notebook being released in September will offer a touch screen that will be S Pen ready. The notebook will be able to run 4K Ultra High Definition video and VR content. 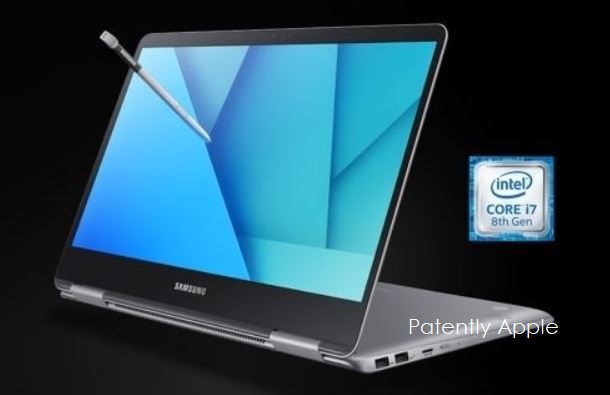