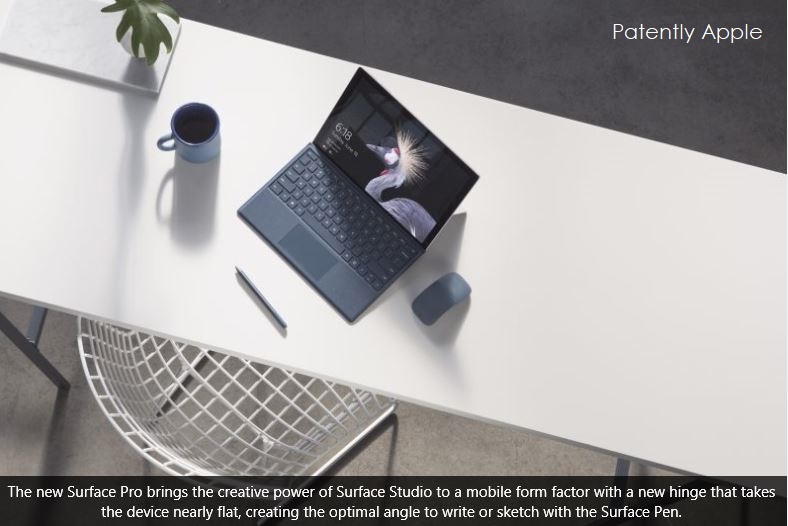 In May Patently Apple posted a report titled "Microsoft launched their New Surface Pro & Pen during a Special Event Held in Shanghai China." Today we learn from USA Today that "Consumers Reports has removed its coveted 'recommendation' designation for four Microsoft Surface laptops. At issue, the publication says, is the "predicted reliability" of the Microsoft machines compared to most other brands, which Consumer Reports said was worse by a "statistically significant margin." As the industry is in the middle of back to school sales, this is a nightmare review.

USA Today further noted that "Consumer Reports based its decision off the results of an annual subscriber survey about the products such people own and use.

It estimates Microsoft's laptops and tablets will experience breakage rates of 25% within two years of ownership, loosely defined as any issue that comes up that prevents the computer from working as the owner expects.

As a result, Consumer Reports added that it couldn't currently recommend any other Microsoft laptops or tablets, including the latest Surface Pro model that was introduced in June.

Consumer Reports pulled recommendations for the Surface Laptop (128GB and 256GB versions) and Surface Book (128GB and 512GB versions). Its decision applies to models with detachable keyboards as well as those with more traditional clamshell designs. For more read the full USA Today report here.

During Apple's Fiscal Q3 financial conference call earlier this month, Apple's CEO Tim Cook was proud to say that "Mac revenue grew 7% year over year driven by the strength of the MacBook Pro and iMac despite IDC's latest estimate of a 4% unit contraction in the global PC market.And with the refresh of almost our entire Mac lineup in June we're off to a great start for the back to school season."

When Microsoft's Corporate VP for Surface, Panos Panay, introduced their all-new 'Surface Book' at a special event in October 2015, he was so hyped to pump his propaganda up for the press claiming that their new Surface Book was 2X more powerful than Apple's MacBook Pro. In April 2017 Microsoft Surface revenue fell 26% and another 2% in their latest quarter. 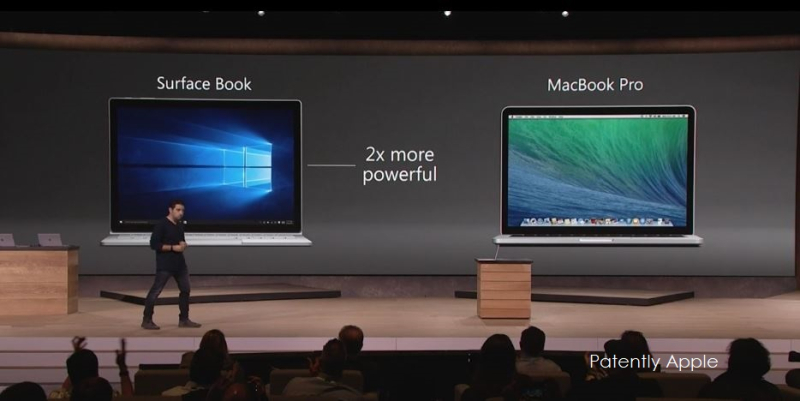 While Microsoft's Surface team led by Panos Panay may be making nice looking hardware, the public isn't voting with their dollars for the brand. With Apple, consumers keep buying the MacBook Pro because it's well designed hardware and for the most part reliable with great service to back it up. Perhaps Panay should focus more on 'reliability' for his products instead of grandiose claims of being 2X more powerful. Microsoft's Surface team definitely have their priorities a little backwards.