The U.S. Patent and Trademark Office officially published a series of 35 granted patents for Apple Inc. today. In this particular report we cover Apple's granted patent relating to the presentation of menu or toolbar options in a graphical user interface. Specifically, the invention is directed towards presenting these options in a radial form. Radial menus could apply to the Mac and iDevices like the iPhone and iPad and eventually work with Apple Pencil.

Apple's patent FIG. 6 noted below (click on image to enlarge) we're able to see the opening and display of a radial menu with selectable items arranged non-uniformly about a central location; FIGS. 10 and 11 illustrate the radial menu of FIG. 6 with a cursor over two different menu items so that the menu items are highlighted. 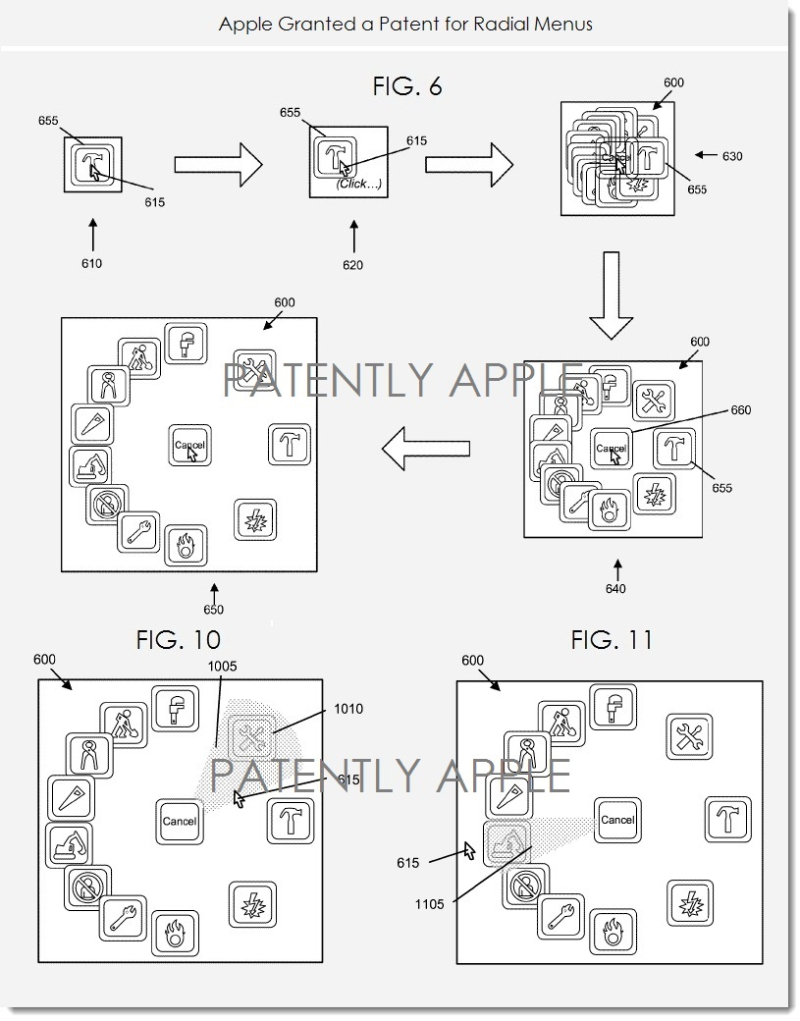 While radial menus have been shown to be associated with a desktop, Apple also notes that "The menus can be used directly in an operating system or in an application separate from the operating system in some embodiments. Furthermore, the menus can be especially useful in handheld devices such as the iPhone." In fact with iDevices that could use the Apple Pencil.