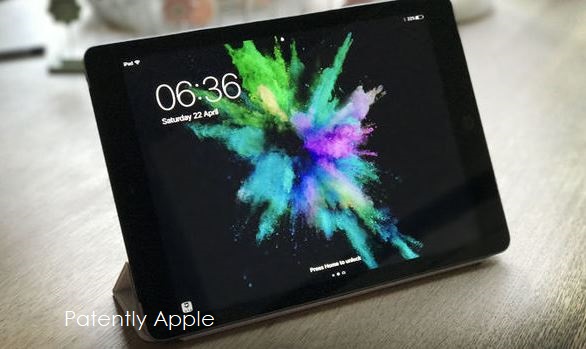 IDC published tablet and detachable tablet statistics on May 4, 2017 wherein it was made clear by the chart shown below that Apple held 24.6% market share placing them in the top spot for Q1 2017. Samsung was clearly #2 at 16.5% market share. Today a Digitimes report states that "The sources also cited IDC's figures and pointed out that Samsung Electronics was the largest slate tablet maker worldwide with a 19% market share in the first quarter of 2017, followed by Foxconn Electronics (Hon Hai Precision Industry) at 16%, Compal Electronics at 13% and Huawei at 6%." The report in its current form is Fake News. 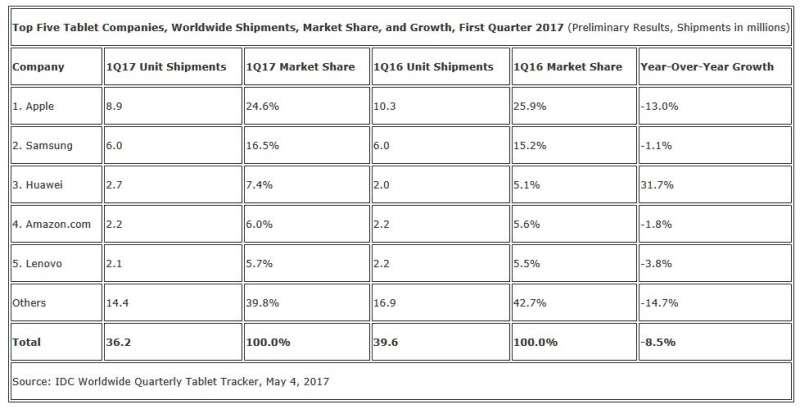 A partial screen shot of the Digitimes report is presented below quoting wrong data for Q1 2017 for worldwide shipments. More bizarre is that they quote Foxconn and don't even list Apple. We wanted to provide a screen shot should Digitimes alter their report later today. 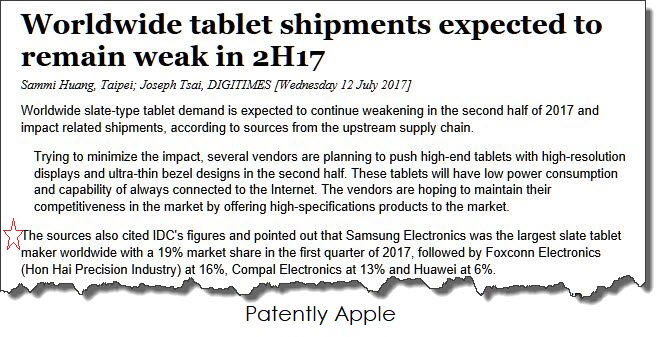 The error is pure propaganda and the Digitimes editor should officially pull the story in its current form. It's obvious that the report's "sources" are Samsung slanted propagandists.