Samsung has been known to copy Apple on new features for their smartphones and it appears that their new upcoming Note 8 debuting next month will continue that trend. While some critics have said that Apple's new iPhone will cost somewhere between US$1100 and $1400, the average consensus being US$1200, it now appears that Samsung will join the $1000 smartphone club as well. According to a new Korean report published today, Samsung is expected to price their 128GB high-end model at US$1100, so the pricing trend will definitely be higher for 2017.

A recent poll conducted by 9to5Mac shows a knee jerk reaction from the Apple community showing displeasure with the higher pricing. Only 15% indicated that they'd happily pay the premium prices with a whopping 46% saying that they'll pass on a $1000 iPhone. Of course the euphoria over the new iPhone may overcome the sticker shock and change a lot of minds, but for now, there's an invisible red line on pricing. 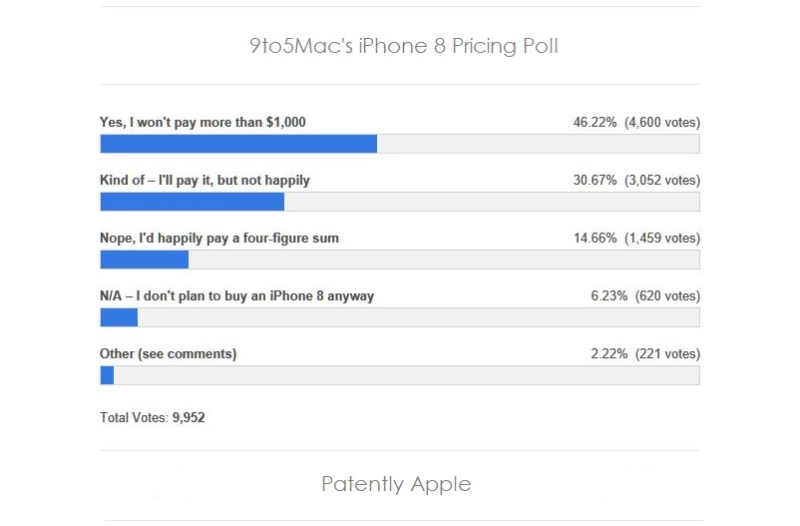 Price aside, Samsung will finally get around to delivering their first backside dual-lens camera. The English version of Bixby launched yesterday – so that will be ready for the Note 8. Samsung has definitely had a hard time getting Bixby up to speed. 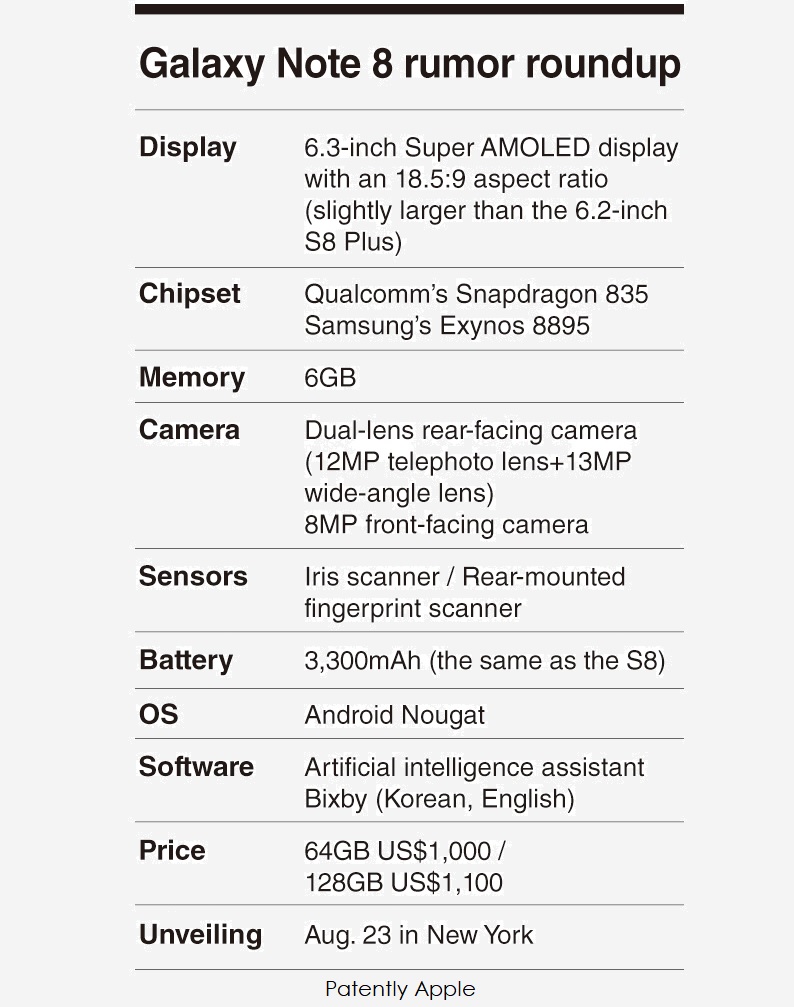 Of course there are other rumors floating around the universe regarding the Note 8 and you could check out one of the better reports on the subject from Techradar here.

On the flip side, the Galaxy Note will offer a 6.3" display which is well ahead of Apple's 5.8" display. It's also rumored it could offer 4K resolution. Now that I've seen the Galaxy S8's larger display I might just hold off for the larger display coming to the iPhone 9. If I'm going to have to pay a premium price, I want a premium sized display.

In the end, no matter what side of the isle you're on, higher smartphone pricing is here to stay. Apple could push more fans to the higher priced model with a smile if they surprise the market with a new Gear-VR type of headset promoting AR so that fans could run high-end games like the new one from Wingnut AR. Is it a dream? Only time will tell.