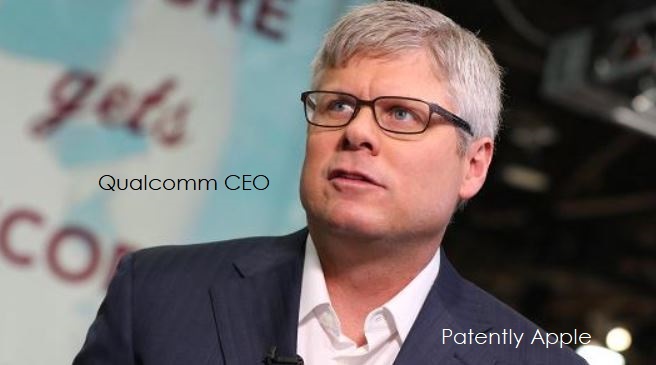 After six months of escalating legal battles and increasingly heated rhetoric between mobile market titans Apple and Qualcomm, the head of Qualcomm in a video interview sounded more conciliatory on Monday.

Qualcomm CEO Steve Mollenkopf compared the dispute with Apple over potentially billions of dollars in royalties on mobile chipsets to earlier fights Qualcomm has had over the years with other tech companies that were settled out of court.

"There's not really anything new going on," Mollenkopf said speaking at the Brainstorm Tech conference in Aspen. About the Apple dispute, he explained "those things tend to get to resolved out of court and there's no reason why I wouldn't expect that to be the case here."

While sounding more conciliatory, the fact is that they asked U.S. International Trade Commission to ban imports of all iPhones and iPads that contain competing mobile communications chips that will take 18 months to work through the system.

Meanwhile Apple plows ahead asking the Court to stop Qualcomm's double dipping 'No License, No Chips' Market Tactic. Qualcomm's attempt to downplay their war with Apple only shows that the war is starting to hurt their business. Perhaps Apple should turn up the heat. For more on this, read the full Fortune report here.